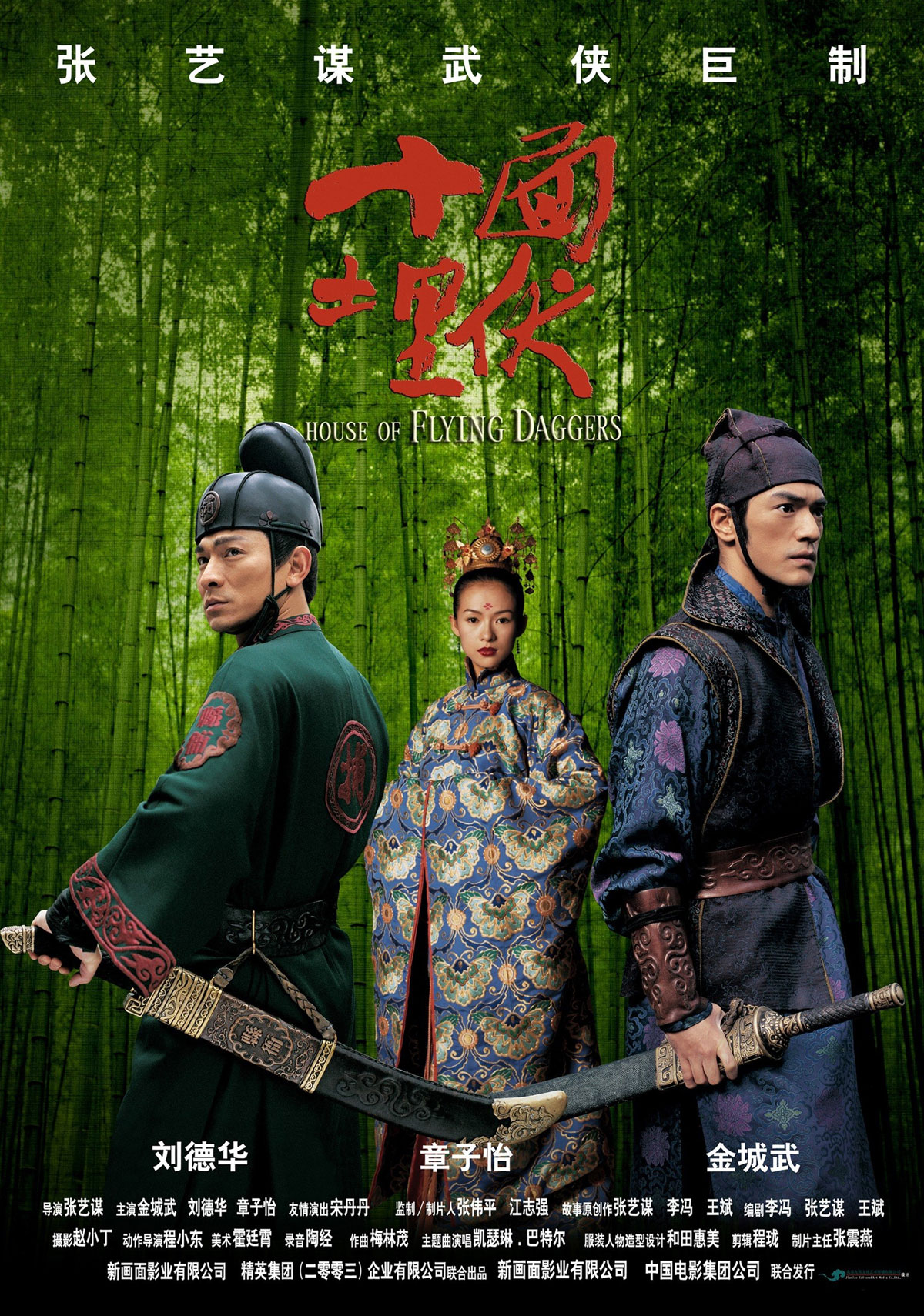 I have a Blockbuster Online account that I get for free through work. It’s basically a giant rip off of Netflix. I know because I helped build it. So you basically sit there with three DVDs out at a time. And, as anyone with one of these great services knows, there’s always one that stagnates, while the other two continue to rotate. This was that film. And it’s not because I didn’t want to see it; it was a matter of the subtitles. Reading is just so hard after a long day of work. And the weekends are for rest. So, in the sum total of things, this movie gets screwed because I’m too lazy to read. Then, of course, I’ll lay there in bed at night and read 30 pages of some crap book. I’m a very complicated man.

Meanwhile, I decided to force myself to sit down and watch this thing and just suck it up and move my eyeballs a little bit. It turns out that speaking Chinese would make this thing like fifty times more enjoyable. And that’s just because you end up missing the great visuals while trying to catch the ugly yellow subtitles as they pop up on the screen. Luckily, as with most of these fancy kung-fu movies, there’s not a whole lot of plot to follow. And f’ me if this wasn’t the same movie as Crouching Tiger. I have very little recollection of that film, although I gave it the same rating as this one. I’m going to say the plot of this one was even more simplistic and easy to follow.

The basic gist is that the government in China is corrupt and evil, so there is this rebel group called the Flying Daggers who are kind of like a Robin Hood band of assassins that fight against the tyranny of the Emperor and his henchmen. And, let me tell you, that Emperor is one bad dude–or so we would think by all the guards he sends to quash these rebels. The thing takes place in some indeterminate time in which everyone is clean and well-dressed. All the edifices are kept up and well tended to. It seems odd that in such a poor, oppressive time that things would be so nice, but the closest I’ve been to fourteenth century China (or whenever this is supposed to take place) is the pagoda at Chengdu 46 Chinese restaurant in Jersey.

Meanwhile there’s this blind hooker (at least I think she’s a hooker) played by Ziyi Zhang who is the new, mysterious woman at the brothel. She is rumored to be the daughter of the old rebel leader, so the police go there undercover to investigate. A bunch of stuff happens and the undercover police guy (who works for the Emperor) ends up “protecting” Zhang from the very police force he belongs to–or so she thinks. There’s a double-cross, and a double-double-cross in there, and everyone ends up in love with Zhang. This part I can understand, but the plot device is pretty much just there to bridge the gaps between battle scenes.

The battles are often more like ballet or modern dance than fighting, which is both excellent to watch, and also a bit weird. Watching a 90-pound woman beat ten guys with swords is a little emasculating. But, again, I’ve never carried a sword or tried to punch a woman, so what the hell do I know? The love affair is so quick and melodramatic, it verges on farcical, but it somehow works in the scheme of things and has more of an impact than most attempts in “action” movies. The thing is great to look at, and will please those of you out there who don’t want to same Hollywood shoot-em-up garbage that ends in a tidy, little package and makes you wonder why they keep making the same film over and over again.