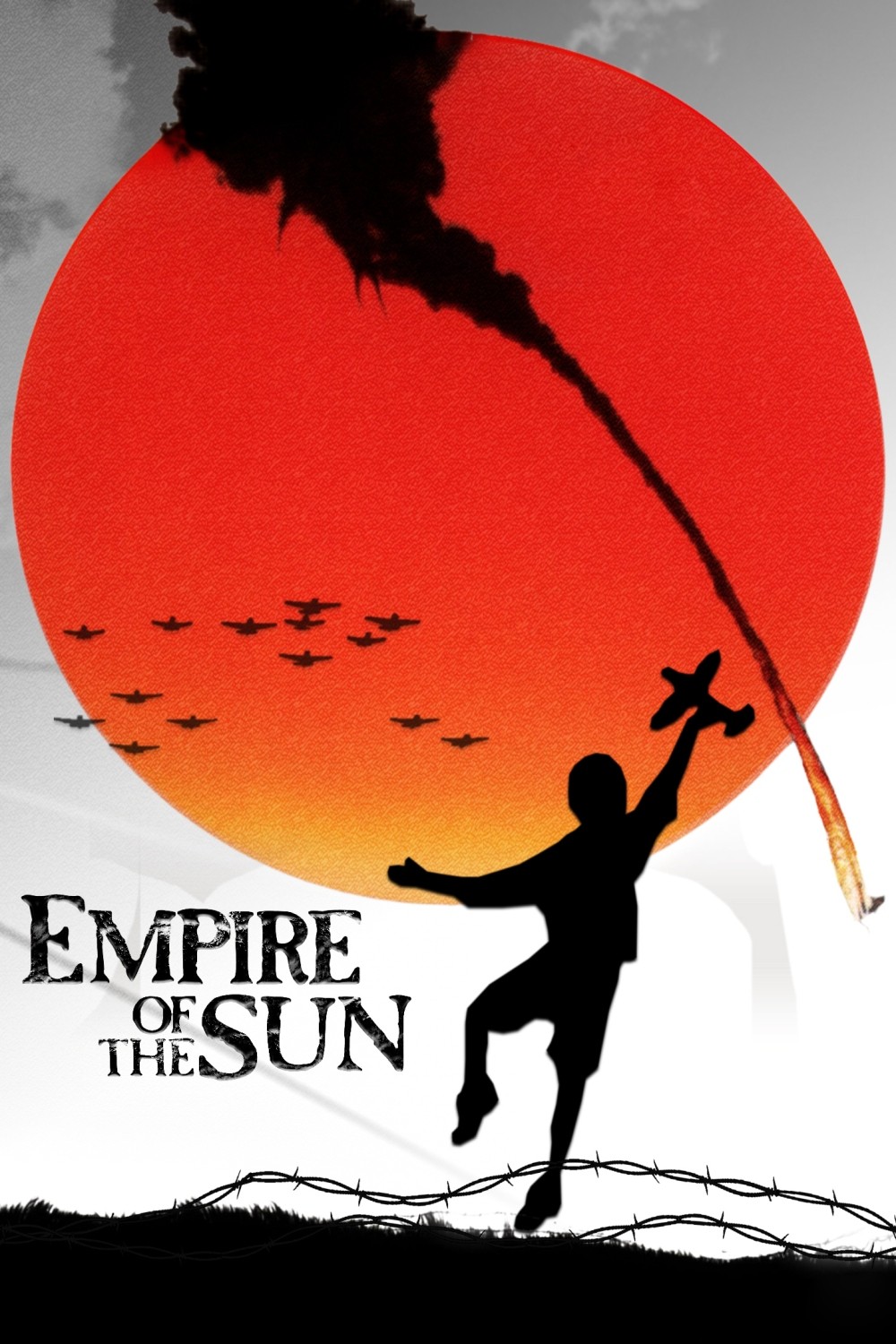 Empire of the Sun

I’m completely ignorant about history. I think there was some war in the late 30’s and early 40’s, and I believe there were a bunch of countries involved. I think it ended on a battle field with both sides facing each other with sabers and muskets in tow, and some British dude signed a piece of paper securing victory over the American Indians. Huh, no wait… Okay, I’m not that stupid, but I honestly don’t know much about the occupation of China by Japan during World War II. After watching this film, I can still say that I don’t know much other than the fact it happened. Reason being, this is a Steven Spielberg film.

Spielberg loves to tell stories about people in situations that are part of a larger, global story. The man is obviously obsessed with WWII and the WWII era, yet has always drilled down to human stories, rather than tell about the actual, historical significance of the war itself (with the exception of Schindler’s List, of course). Just look at some of his other WWII era films: 1941, Raiders of the Lost Ark, Amazing Stories: “The Mission,” Schindler’s List, Saving Private Ryan. Granted, this film is based on a book, but it has two of Spielberg’s favorite things: WWII backdrop and a child hero/protagonist. Shit, it’s practically Elliot Saves Private Ryan.

We have this odd sense that while we’re looking at a young Christian Bale run around his parents’ beautiful Shanghai estate with his model airplane in pretend flight that Spielberg shared this same dream of flying–of being the combat pilot. I don’t think Spielberg’s dream has faded much over the years, either. He’s always been tagged as the eternal child, the wunderkind, the Peter Pan of directorial whatever. That’s probably why he directs children so well. Also see E.T. and A.I. if you want to see it in action.

Christian Bale’s character is the center, and certainly the highlight, of the film. Malkovich’s mentor character is an odd, meandering cliché, played in the not-so-subtle way only he can do. Joe Pantoliano is a total throw away as Malkovich’s sidekick, wearing a really unattractive wifebeater.

Most of the film (and it’s a long one) takes place in a Japanese P.O.W. camp. So, yes, this is a coming of age film set in a prisoner of war camp. Woohoo! Bales’ character ends up running the joint, making friends with everyone by providing aid and services. He, of course, wants nothing more than the love and respect of Malkovich–who, of course, doesn’t really deserve it. In typical early Spielberg fashion, all the sharp edges are removed in favor of sentimentality. Everything is just a little too sanitary and, well, set-looking. There are a few times I swear Hawkeye and Hunnicutt are walking around in the background.

The story progresses to a point and then just kind of sits there for two hours while we wait for the Americans to show up. We also have very little sense of time. Although we basically start with the invasion of Shanghai and end with The Bomb, Bale doesn’t seem to age at all. Hmmm. There are certainly some nice scenes in this film, but they don’t all seem to come together as a quality whole. It just all feels a bit, I don’t know, TNT or Hallmark Hall of Fame to me. And, gosh, those Japanese sure were honorable sweethearts. Anyway, we’ll see if a grown up Bale can make the move from newsie to American Psycho to Batman.