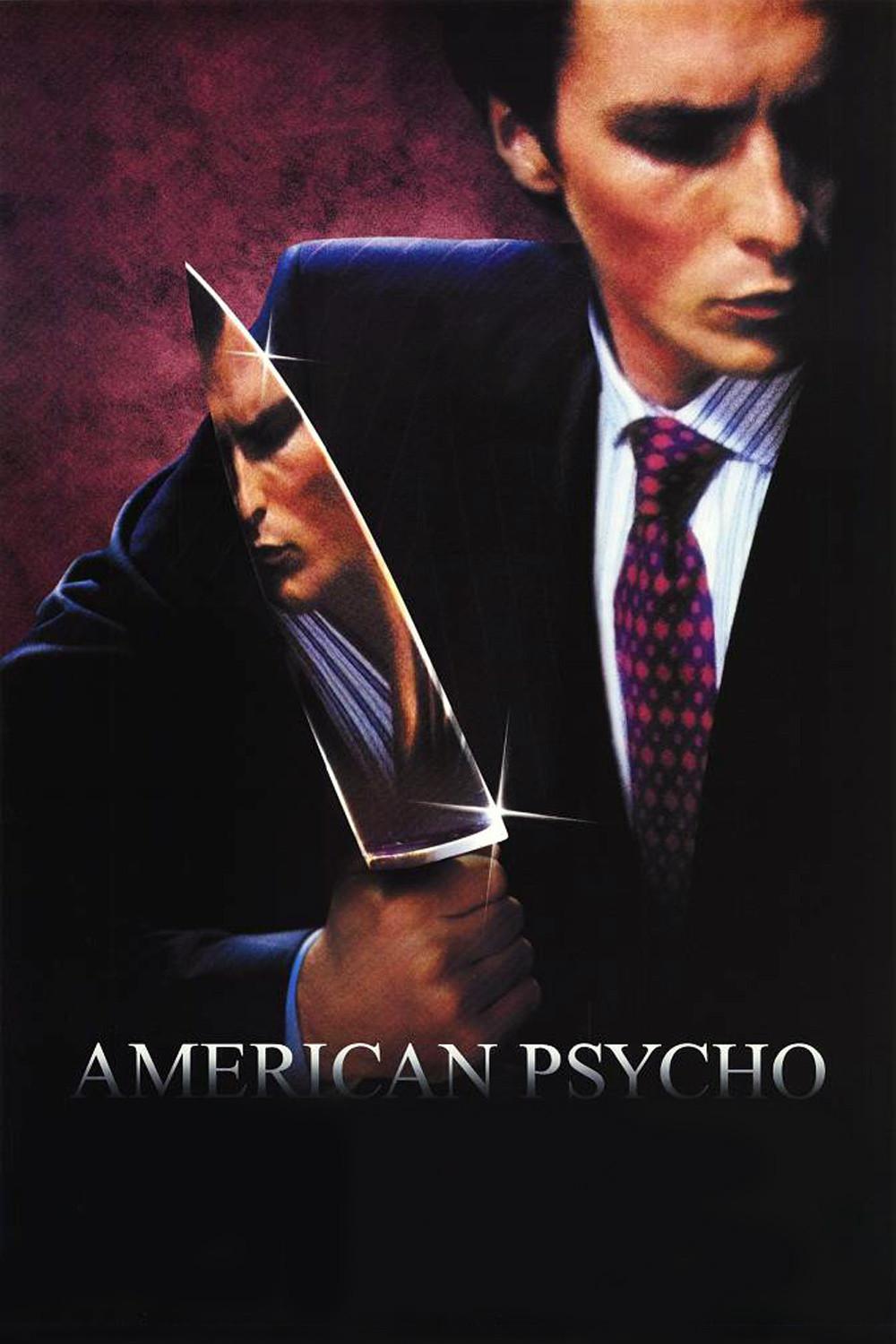 Nothing used to make me laugh more in college than drunken group-readings of Brett Easton Ellis’ American Psycho. The man writes like a lobotomized chimp, and the book is basically a self-indulgent study on all the ridiculous, high-end 80’s merchandise he can cram into an overly long tale of debauchery and slaughter. This shit is funny when you’re drunk, but just plain bad when your head stops spinning. Where Ellis lacked the skill to get his social message across (I think he enjoyed the skull-fuck scenes entirely too much), the movie nails them on the head.

Thematically similar to Fight Club in an “wake up society!” kind of way, this movie also hits some of the same pitfalls. Once you’ve gotten across the “consumerism has invaded us, and blinded everyone to the true nature of people” message, you are left with filling in a plot. As noted earlier, this movie concentrates a lot less on the actual blood and guts of the novel, and adds some humor and sly commentary into its dialogue. I’ve read a bunch of theories about the end of the movie and all the wackiness that makes up the last 10-15 minutes or so, but I still have no idea what the hell is going on when this film ends. It’s as if the writers said to themselves, “OK, we’ve made enough film now, we’ll just have the whole thing go haywire and let the audience sort it out.” The first hour of the film is so tight and funny, and you just know if they could have tacked on a decent unambiguous ending to it, this would have been one of the best films of the year. I could just feel it. Oh well, nothing’s perfect.

Anyway, the movie’s about this Wall Street trader, Patrick Bateman (Christian Bale), who “works” for his father’s firm. Actually, he just sits around at his desk all day doing nothing. He has also started to murder people — presumably to pass the time. Nobody seems to notice or care that he does no work and keeps women’s heads in his fridge. He is so exactly like the other guys he works with, people constantly confuse him with other traders, including Paul Allen (Jared Leto). Granted, they do sort of look alike, but the whole point is that we are all surface creatures who are too concerned with ourselves to notice what the hell anybody else is doing, or even who they are.

Bateman is a porn obsessed, beauty product obsessed man of the 80’s who only shows emotion when somebody has a more aesthetically pleasing business card than he does. Then he shows the one emotion he knows: murderous rage. Sevigny plays his naive secretary, who has a crush on him, but is the only person in the entire movie who seems to genuinely care what happens to him. Dafoe plays a private detective looking for Paul Allen, who seems to have disappeared. Some of the funniest scenes in the movie are between Bale and Dafoe. Bateman is the worst liar in the entire world, and constantly makes up horribly unbelievable lies to everyone he talks to, including Dafoe, as he questions him about Allen’s disappearance. He makes excuses to his fiancée (Witherspoon) that wouldn’t fool a five-year-old, but nobody seems to care or call him on it. The funniest thing is seeing the fear in Bale’s eyes when he lies, knowing he is terrible at it. Several times during the movie he even says things like “You are a fucking ugly bitch and I want to stab you to death and play with your blood” directly to people. They laugh it off.

Issues like this add to the ambiguity of the ending, and make you wonder if anything you just watched was supposed to be for real, or just in Bateman’s head. Unfortunately, there wasn’t enough evidence anywhere in the movie to give you an answer one way or the other. And that left me a bit unsatisfied. Maybe I’ll have to go back for a second viewing. I wouldn’t mind, as it was a really cool looking movie (especially on widescreen DVD) and raised some great issues, even the debate about which Huey Lewis & the News album was the greatest of all time.