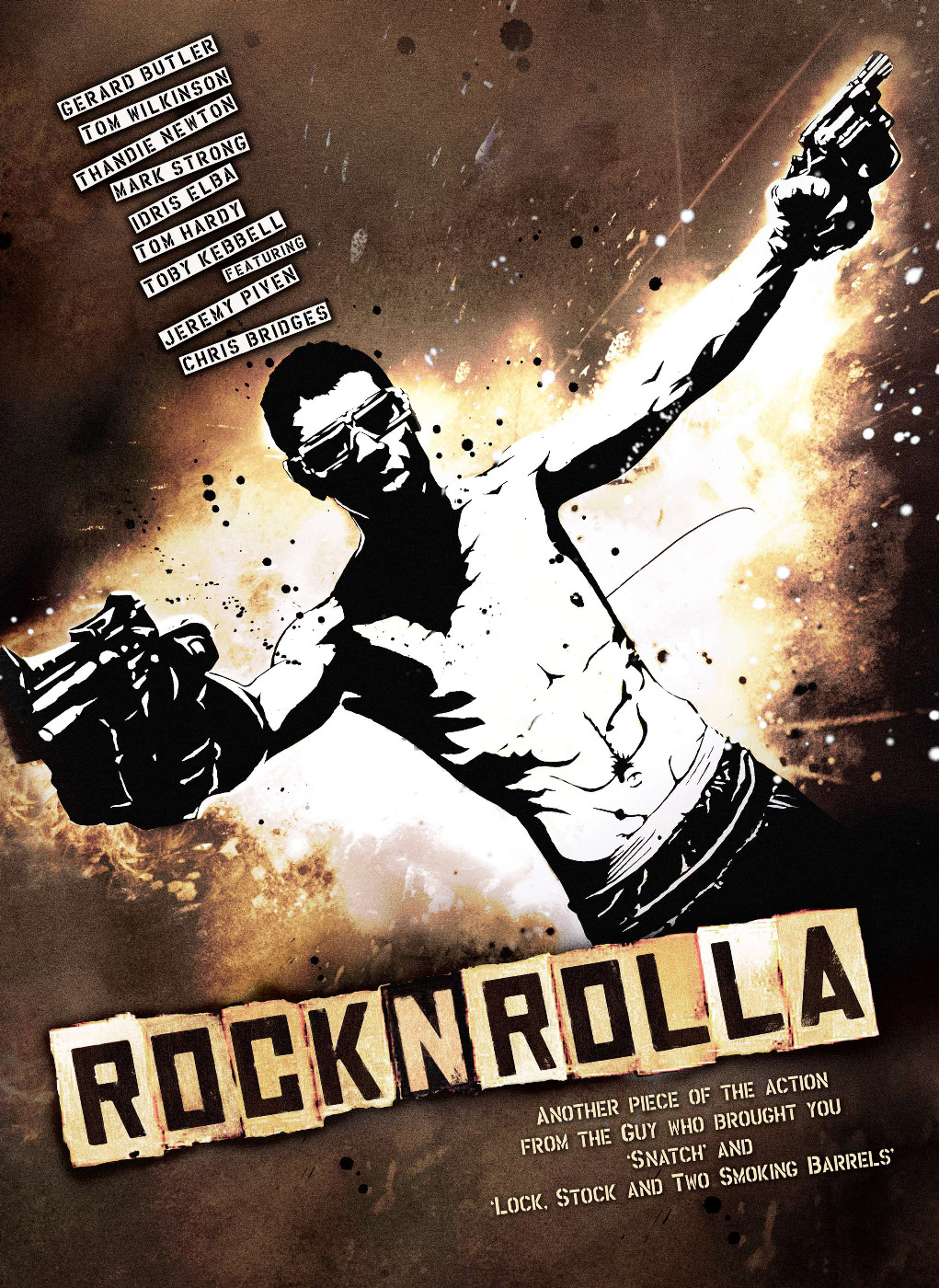 One cannot question Mr. Ritchie’s dedication to his craft (except for that foray into p-whipped nepotistic tomfoolery). The man clearly has a damn good time making his films, adores his characters and puts every ounce of himself into their presentation. But despite this, it’s hard to ignore his early Tarantino/Boyle worship and penchant for ripping scenes and shots almost verbatim from their films. Or, even if not direct rips, shows his adoration all over the celluloid (or magnetic digital tape or whatever they shoot on these days). Now don’t get me wrong, there aren’t movies I’d rather see than True Romance, Shallow Grave, Pulp Fiction and Trainspotting (favorites all), but somehow Ritchie’s films feel like the JV version of these now classics. Okay, Snatch felt like the JV version–this one was more like the sophomore team, if there’s such a thing. And I actually liked Snatch a lot, so this unfortunate comparison doesn’t necessarily sink this film.

What Ritchie does do well is draw colorful and complicated cartoon characters. No, these are not the fully fleshed out character studies you’d find in a Paul Thomas Anderson movie or tear-your-heart-out novel adaptation, because these characters still need to steal cars, shoot guns, be made to look like idiots (even the toughest of them) and eventually end up smirking in triumph. Certainly cartoon characters, but endlessly entertaining ones. This stems from the snappy dialogue, especially in this case from the thought-to-be-dead rock star, Johnny Quid. Raised in a wealthy family and sent to all the best schools as a boy, he is now a self-conscience junky pooh-poohing society and all that comes with it. He is the skeletal voice of a generation in decline, and he’s damn funny. He’s easily the most interesting character in the film.

Among the other characters is 300’s Gerard Butler as the leader of a gang of hooligans with hearts of gold (sort of). At least when he says he has his brother’s back, he means it literally (you’ll see). There’s the “old-school” British gangster, Tom Wilkinson, who is always awesome. And there’s sexy, but corrupt lawyer Thandie Newton. She’s easy on the eyes, but cold as ice. It’s a nice, well-rounded group of quirky characters, not at all unlike the nice group of quirky, nicknamed low-lifes in Snatch.

The camera shots are skewed, the editing quick and the style nothing but modern adrenaline. The man does know how to aim a camera. The man can also spin a yarn, although for some it might come off as a bit convoluted. There’s a lot of borrowing from Peter to pay Paul to rip off Jesus (or whomever) all filtered though the muffled low-class brogue that most of the characters tend to speak—if they’re not speaking Russian. I kind of like the pretzels that he creates with his narratives, but the Missus shook her head in frustration several times, and eventually gave up trying to figure out who was screwing whom. I always find pausing and recapping with a loved one works for me. It’s not an easy film to just have on in the background, unless you want to just kind of spy the eye candy as it rolls past. And, funny enough, Guy seems to really aim his films to guys. This ain’t The Notebook, it ain’t Love Actually and there isn’t even a whiff of Jennifer Aniston, Kate Hudson or Drew Barrymore anywhere. Dudes welcome.