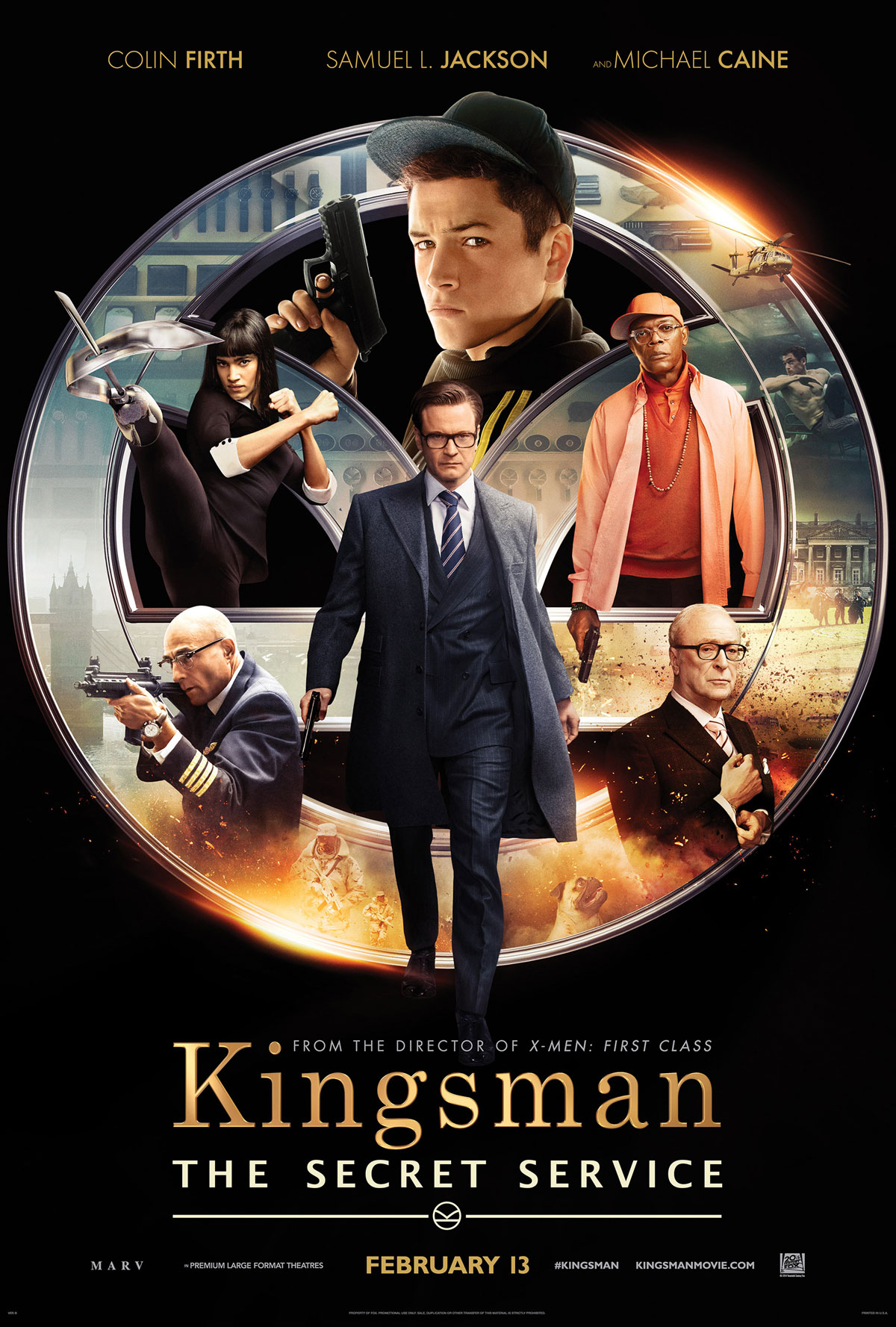 I generally stay away from comic book movies. Especially modern comic book movies, which seem to be nothing more than vehicles to blow up NYC over and over again. It’s like there’s a Marvel braintrust sitting around a large table trying to figure out new and inevitably uninteresting ways to put holes in the Empire State Building. Honestly, guys, it’s kind of insensitive and unnecessary. And really, really boring at this point. That said, this movie, in its Britishness, promised none of that American destruction and hopefully even less dudes in tights flying and whatever it is the rest of them do. I kind of presumed this would be a wacky version of the Bourne series with maybe a little more levity and a lot more smash-cuts and fun camera tricks that generally come out of the director, Matthew Vaughn’s, bag.

So, it turns out I wasn’t completely off in my assumptions, but what I didn’t count on was the complete and utter lack of a coherent plot. Or, rather, it was a comic book plot shoved into a spy film. Which meant that they took what was essentially a spy movie (a la James Bond) and put this lame simplified plot in there that made Samuel L. Jackson a misguided billionaire bent on — you guessed it — world destruction. Well, world destruction in the name of saving the planet from global warming. Say what? Yes, this Bill Gates-like guy (played with an odd [gay?] lisp by Samuel L.) is a big believer in the danger of global warming, but his method to save the planet is to kill a good percentage of its population. Now, I would have warned you that this was a spoiler, but the narrative is so convoluted that I have no idea if this is clear early on, or only comes to light later on. Either way, it’s completely stupid and the movie feels like it wanted to be four hours, but needed to be closer to two in order to not be absurd. But in cutting it down, they seem to have chopped out some of the connective tissue, which made things make about zero sense. It seemed like they bothered with any plot at all to get us from fight scene to fight scene, which seems to be the only thing Vaughn cares about. The camera tricks and stunt fighting are admittedly pretty cool, but definitely something we’ve seen before from Vaughn in just about all of his films. It’s his style — and it’s pretty distinct. Again, the issue is the scenes in between those fight scenes. They play like a Nickelodeon series, all thumbs, ham-fisted jokiness and plot-holes that are shrug-worthy.

It sounds like, based on the box office success of this movie (it must have come out against little-to-no competition, I imagine), that a sequel is in the works for 2017. That’s not surprising at all, as the lead character — a rough-around-the-edges, working-class kid who becomes an international super-spy — is always a compelling device, even if it is clumsily handled. The ultra-violence of this thing (much in the same vein as Kick-Ass) is just the kind of thing that teenage boys and their ilk are drawn to and will continue to pay money to see as long as the industry is willing to pump them out. I just hope that someone pays a little more attention to telling a good story next time and not just 76 new ways to shoot someone in the face.