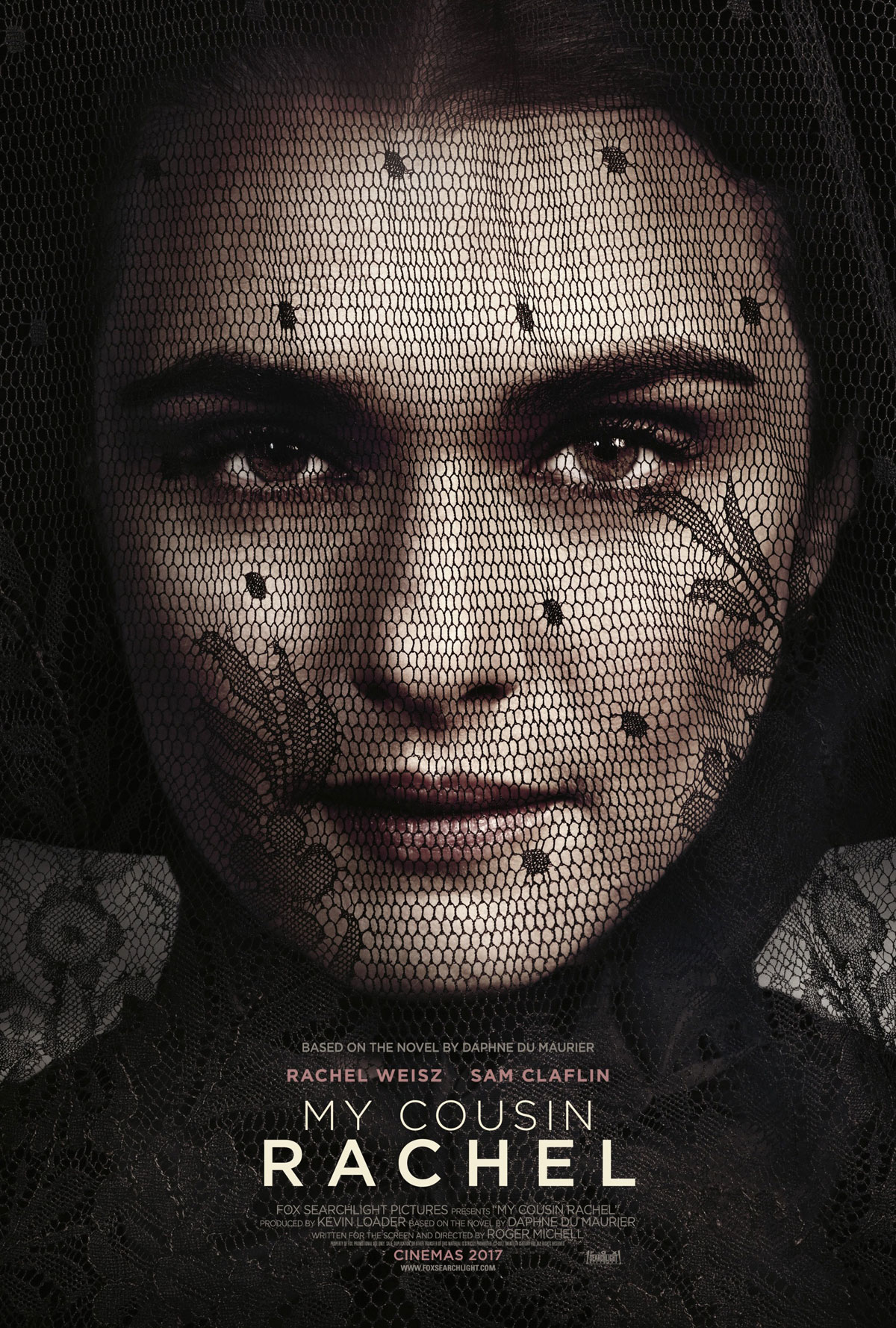 I admittedly ended up watching this movie because of Rachel Weisz. I have a soft spot for her (and who amongst us men doesn’t?) and thought, in seeing the poster, that she had some sort of mysterious tattoos on her face. Maybe it was the early flight, or perhaps the tiny image on the thumbnail on my phone on United’s in-flight entertainment wi-fi page, but it’s pretty obvious now that I was way off. In any case, I was like, “Wow, I’d love to see my Rachel in some sort of cyber-punk thing, or whatever’s going on here.” Reality came crashing down on my head the second this thing started and was super-obvious that it was a period piece set some time before the advent of the automobile. It took my brain about five minutes to process this, and I swore to myself I’d just wait for Weisz to show up and shut the whole thing down and go watch some Netflix thing I’d downloaded for the flight. Turns out Weisz doesn’t show up until like fifteen minutes into the movie, but by that point I was already invested and needed to see it through. I’m stubborn that way.

In my post-watch research, I found out this movie was based on a Daphne du Maurier novel. du Maurier wrote the book Rebecca, which was later turned into a really great Hitchcock film, and her short story The Birds was also made into a Hitchcock classic. This one sticks pretty closely to the Rebecca model, mixing love, intrigue, a mysterious woman and a twist. In fact, it’s really pretty similar in terms of its plot and tone, though this one is kind of the simplified version. And the plot is quite simple. This dude Philip, was raised by his older cousin, Ashley, in England. Eventually, due to some health issues, Ashley must go abroad to warmer climes, leaving Philip to tend to their large country estate. Philip is a young guy, a babe in the woods, so to speak. He was raised working the land, mingling with the help and seemingly without female contact of any kind, save his Godfather’s daughter, who clearly digs him. Ashley eventually lands in Italy, finding a lady friend and settling down. Eventually some mysterious notes start appearing from Ashley about his wife, Rachel, and how she’s essentially keeping him captive and trying to poison him. This is way before cell phones or Skype, so there’s no way for Philip to check in on Ashley to see what’s up. His notes he’s managed to sneak out basically say that Rebecca is watching the mail to make sure to keep any correspondence from him, so Philip has to get on a horse and stuff and ride from England to Italy. Or I guess he takes a boat to a horse. Or a horse to a boat to a horse. In any case, by the time he gets to Italy, Ashley is dead!

And herein lies the tension of the film. Did Rebecca really poison his cousin, Ashley? Or did he die from the brain tumor that was the cited culprit? The brain tumor also explaining the paranoia and clear mental distress that Ashley relayed in his notes. Whatever the case, Rachel, now a widow, comes to the English estate to visit her ex-relatives. Philip is, of course, planning to hate her and basically send her away and/or get revenge somehow for her killing his cousin. But, dude, she’s Rachel Weisz! Granted, she’s probably 20 years older than him, but Philip starts to be charmed by her and things spiral from there. Where the movie kind of falls down is in its sell job on why (besides the obvious) he would fall so hard so fast for a human being he was ready to gut just days before. Even when being warned against her by relatives, local folk and basically anyone who will listen. We are constantly reminded that he grew up without a mom and had not really known the company of women his entire life, but even with that constant reminder, the rapid pace of going from googly-eyed twenty-something to obsessed psychopath is pretty rapid. I imagine the book does a deeper dive on his obsession and gets into the mental play of his mommy issues, but the limited scope of film doesn’t really lend itself to a proper build up. There’s also a stiffness to the thing that comes off more like a stage play than a movie. I’m not sure if it was the script or the direction that was the issue, but the director here helmed both Notting Hill and Changing Lanes, but honestly hasn’t done a single film since that I or anyone else has ever seen. Maybe he got a little rusty in that fifteen-year gap.

So my advice is, see the movie if you’re a huge Weisz-head. See it if you’re doing some sort of Hitchcock-light comparative study. But don’t dial it up if you want to see something based on decent original material get bogged down in a focus on finding period outfits over scripting and narrative. I think the public probably didn’t need another filmed version of the book (there was also a 1952 version) but perhaps a modernized, present-day adaptation that could have been compelling if done the right way.