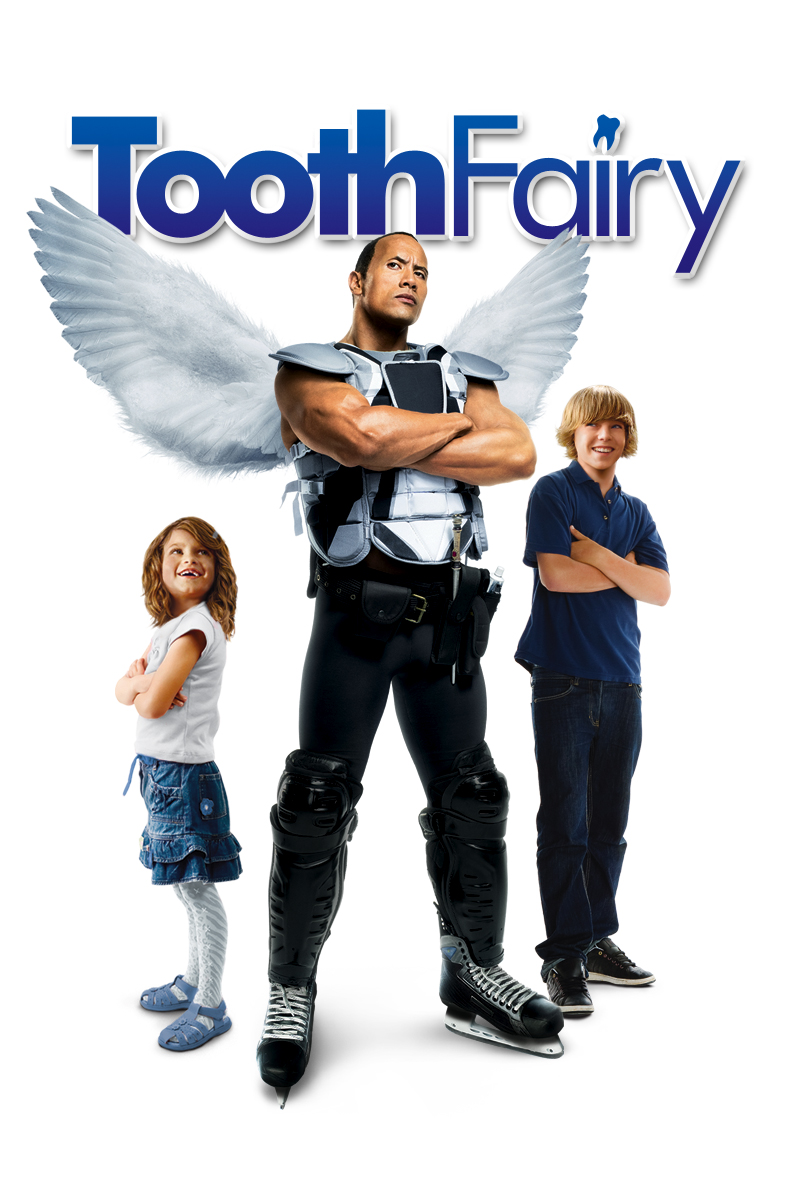 I feel for Dwayne Johnson, I really do. Poor guy is locked into some sort of crazy Disney contract that forces him into these wacky family movies and undoubtedly pays him untold millions… Wait, this is a man who used to bounce around a ring in a Speedo with other men, occasionally crinkling his eyebrow and blurting a catch phrase to adoring male virgins around the country? Hell, playing a leotard-wearing fairy in a tween movie is hardly a step down–and certainly pays more. Shit, I don’t feel bad for this guy; he’s laughing his fairy-ass all the way to the bank.

So we all know The Rock is now the family film guy. The family film guy who essentially plays the same character in each. The former or current tough guy with a tough guy profession, usually some sort of athlete or enforcer. I mean nobody’s going to believe he’s an ex-accountant or physicist, I suppose. In this one he’s a minor league hockey player in the twilight of his career, affectionately nicknamed “The Tooth Fairy” because he’s the thug they send out on the ice to literally knock the opponent’s teeth out. He doesn’t pass or shoot, just knocks the crap out of people and obediently takes his place in the penalty box. I played NHL ’93 on Sega, and it seems every team has one of those guys whose only skill is hitting and fighting. So there’s the set up.

And the paint by numbers Disney plot kicks in. Take one part brutish dude with no feelings, add loving woman, cranky teenage boy and irresistibly adorable little girl and throw said brutish dude into a situation where he has tests meant to both surprise said family and then disappoint them and ultimately reconcile by doing something selfless and completely out of character. Thus the lesson of loving family and recognizing what’s important in life (i.e. not work or wealth or reputation) through life altering trials. In this case our character’s trials are being recruited by the Fairy League (or whatever) and being sentenced to being a tooth fairy form given period. Who knew the trials and tribulations of a tooth fairy?

The whole thing with him trying to sneak into houses and getting past cats and stuff is just silliness and meant to keep the prop department busy building giant items (he has to shrink down in order to get into the house). The more salient scenes have to do with him trying to bond with his girlfriend’s teenage son and trying to keep his relationship going while trying to look like a good guy. Of course he and the son turn out to have similar issues in life wig lack of confidence and teach each other life lessons. He also has a relationship with what is essentially his caseworker at the Fairy Bureau, who is played by that third dude on the Ricky Gervais show. That relationship is actually a little funny, as he’s a giant skinny dork Brit and is constantly ragged on by The Rock. Those scenes are honestly the only ones in the movie worth a darn. Otherwise it’s all plug and play narrative that might appeal to kids but will soon become clear to adults exactly why they’ve gotten themselves into. Now Dwayne Johnson may essentially play the same character in very single one of these movies, and they may all be some variation on a theme, and his acting my rely more on his 1000 watt smile than actually delivering lines, but it’s hard to deny the guy’s charisma. Ah well, I can’t be too hard on the guy. He’s one of the few to make that transition from the ring to the screen without sacrificing all of his dignity–or at least most of it.