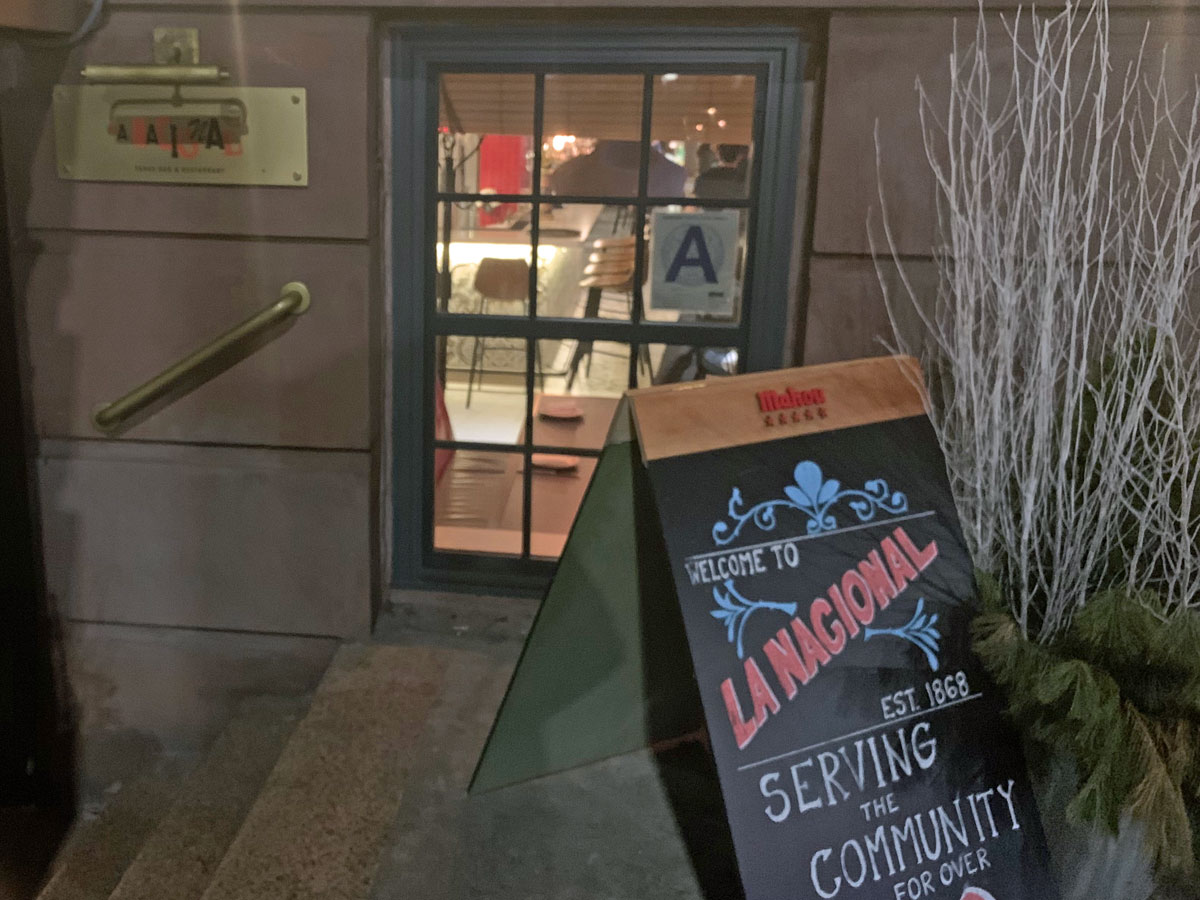 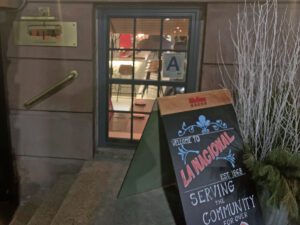 La Nacional is definitely one of the more confusing restaurants in NYC. I think it was a social club for Spaniards and then maybe it was the cafeteria for them. Or like their buddies came over from the old world and were allowed to cook in their kitchen. Or maybe it’s like a rotating Spanish chef or restaurant like an Iberian version of Ramen Lab. Frankly, I have like adult ADD these days and couldn’t get through the about us page on their site to figure out what the hell was going on.

The good part is, I didn’t really need a backstory if the food spoke for itself. And, luckily, it did. The space itself is subterranean, which generally loses a joint a couple stars. But I’ll give it a pass because it was a club and shit, and clubs should always be below street level — or in a tree. The lighting is also a bit cafeteria-like, which isn’t winning it any awards. And the hard surfaces and rather tiny space make it a bit of an echo chamber, but if you like West Elm… Well, you’re in luck.

But besides my pettiness, there was food. And there is nothing in the world better than patatas bravas. They’re those little potatoes that are crispy on the outside, creamy on the inside and coated in a spicy salsa alioli drizzle. I could eat a trough of those things. Then we did the wild mushroom and jamón ibérico Croquetas Caseras. I don’t do ham, so I stuck to the mushroom ones, which were like small, rich morsels akin to your Italian rice ball-type things. Because I don’t have the food vocab to describe anything outside of comparing it to another thing, that’s where I’m gonna stick. In fact, the croquetas, not unlike the patatas, were crispy on the outside, creamy on the inside. Nice.

We additionally got the Tabla de Embutidos y Quesos, which was a wooden board of cheese and those pig parts swirled with fat. I ate the former and mostly cringed at the latter. Though I understand they were… tasty? And of course the cheese was delicious because cheese is always so. We thought we ordered the mixed paella (chicken and fish), but just got chicken. The service was kind of like that, but perhaps it was our slight indecision and a slight language barrier (despite my 10 or so years of Spanish) that caused it. It would have been nice to get some pescado in there (see what I did there?), but the chicken was fine. Paella is tricky. You have to make sure you have a balance of ingredients and salt. You can’t dry it out. And you have to have that wonderful rice crunch from the bottom stuff. This had some of that, but the seafood would have added some better texture, salt balance and flavor. It was fine.

The beer menu is rather limited, but I’m honestly not sure how many Spanish beers there actually are. I think I had like the Spanish version of a Heineken. But, honestly, I don’t love drinking anything that interesting while I’m eating. All in all, the apps were worth the price of admission — a price that was admittedly pretty low all things considered. While this joint isn’t romantic or swanky, really, it does make for a good evening of hanging with a couple buds for some beers and tapas in a central location. And most times that’s all you need.