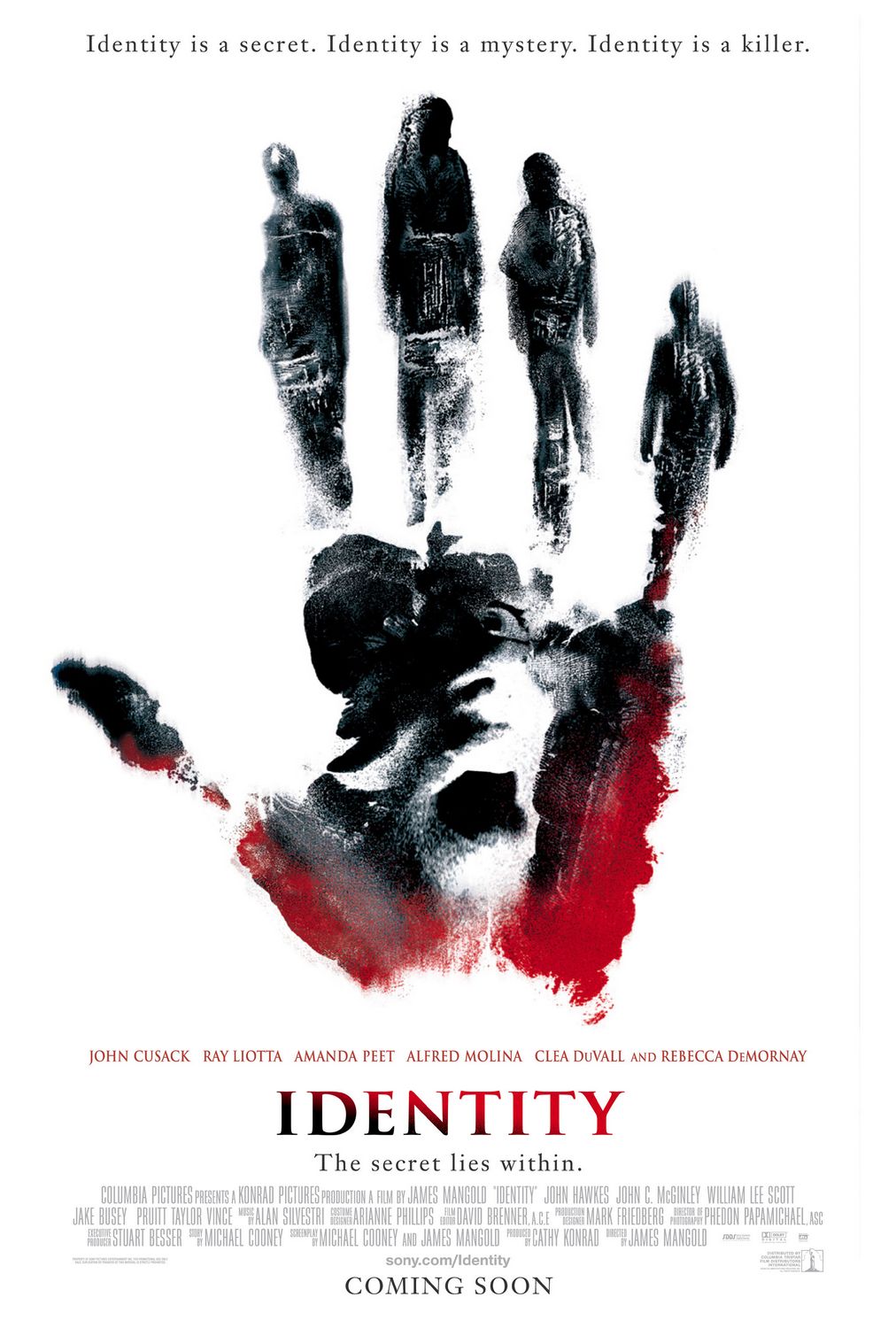 This one’s going to be tough to bust on without giving away a large part of the plot “twist.” Mind you, this twist sounds suspiciously like something my friends and I would come up with when in college and trying to figure out what we could do with a camcorder in the confines our freshman dorm. Seriously. This thing has a bag of weed, college psych class hangover and limited budget written all over it. I could have made this thing for twenty-seven dollars and a bucket of wings at the local Tully’s.

Maybe I couldn’t have gotten John Cusack for that kind of money, but I imagine Rebecca DeMornay comes pretty cheap these days. It’s amazing that after all these years, she still hasn’t gotten her teeth fixed–although someone certainly took a whack at inflating her chest. She’s not around for long anyway. You can tell who will be though. Look at the names on the marquee (or the poster for that matter), and it’s pretty obvious who’s going to be left at the end of the movie. Ray Liotta. Heard of him. John Cusack. Heard of him. We know Amanda Peet too (and her weird mouth). So, who do you think is gonna die first? That attending doctor dude from “Scrubs,” or that redneck character actor that shows up when they need a guy to tend a gas station or, gulp, a spooky motel? Gary Busey’s creepy son, Jake, or that chick who was married to the annoying guy from “Spin City” on “Mad About You?”

The young people are just so annoying you want them to die. And of course there’s some child actor that we’ve all seen in the occasional NBC sitcom, and the new-ish Jason Schwartzman vehicle, “Cracking Up.” And then we’re introduced to the mysterious shifty-eyed murderer who is apparently meeting at night in some mysterious office with a judge and some other folks right before his execution. What’s the connection? Oh, you’ll have to watch this P.O.S. to find out.

I’m still not sure a judge can stay a condemned man’s execution (isn’t it always the governor on the other end of the phone in all those soap operas?), but this weird, shadowy meeting seems to have little to do with the goings on at the motel until the end. And when you are let in on the little connection, it’s nothing but disappointing. High concept; little payoff. Needless to say, the murders at the motel play like a terrible, low-budget slasher film. “I thought I told you to stay with so-and-so.” Go back and that person is dead. Silly. And then there’s the whole gimmick of the killer leaving a numbered motel key with the body of each person he/she kills, counting down from 10.

As with all bad mystery/slasher movies, you know the end isn’t really the end, so when it’s not the end, you’re not surprised, but just relieved that the credits are gonna role soon. I had actually wanted to see this movie (the trailers made it look interesting), before I caught it on cable, but after staying up entirely too late on a school night to watch a bunch of actors slog their way through a second-rate murder mystery, I can’t help but feel good that I somehow get HBO for free.