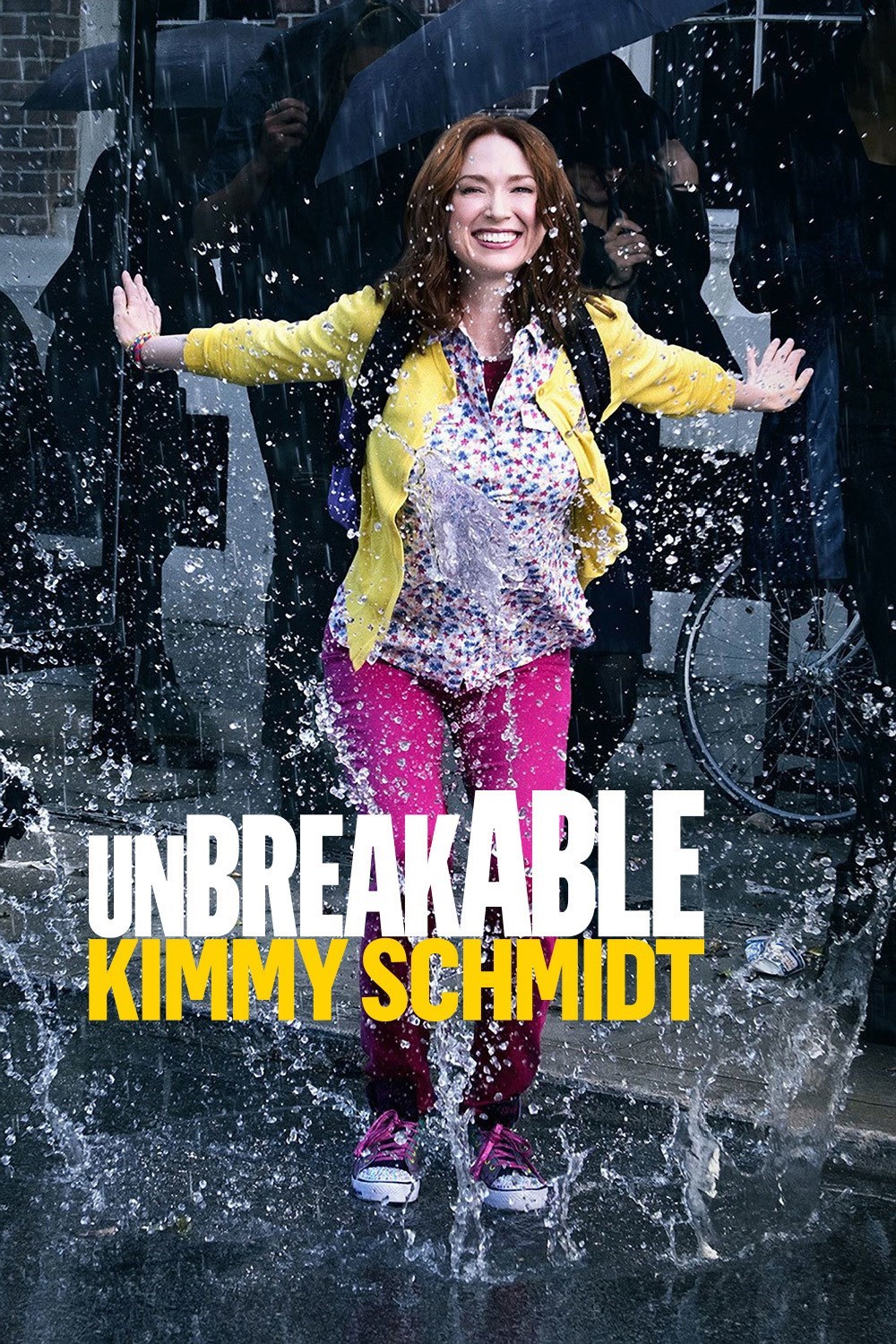 I’ve heard surprisingly little about this show from just about anyone. Granted, I think people only discuss TV on Twitter these days, and I have next to no time to follow those conversations. But even my reliable Podcasters (for whom I have all sorts of time) have barely mentioned this thing, despite it being from the creators of the well-loved series 30 Rock. I mean this is Tina Fey, people! Wasn’t there like a year and half there where that woman was everywhere? Like in your face funny? And then came out and, splat, nothing. Some of that — and this is total conjecture — I think has to do with Netflix’s “drop ’em all at once” methodology. Rather than string out the conversation over the ten to 22-week run, the series lands and then everyone starts at his or her own pace watching it and because they don’t want to spoil anything and also don’t know if the topic is even relevant three weeks after the get through all the episodes, they just don’t write about it. Or mention it, really. Remember Marco Polo, the $10 million an episode show on Netflix that they advertised prior to its release to within an inch of its life? Yeah. neither does anyone else. Because it came out, maybe some people watched it. Maybe they didn’t. But, at the end of their viewing, they realized that nobody gave a shit about some dude in the 1200s who was named after a dumb hide-and-seek-ish pool game.

But you’d figure that something like this, with its sit-com pedigree would get tongues wagging. Tina Fey’s next big plunge into the half-hour comedy world and all. But I seemed to be the only person I could find who was actually watching it. Of course we’re heading into that television season where things like Mad Men have wrapped, there are a couple weeks of Game of Thrones and all the network stuff is mostly on hiatus for the summer. So it was between this and watching a YouTube series about dogs barfing.

The idea behind the show is a pretty simple one. It’s essentially set up like any fish-out-of-water plot that you’ve seen a million times. Everything from Mork & Mindy to 3rd Rock from the Sun to Buck Rogers in the 25th Century to Northern Exposure to Perfect Strangers  to Alf and god knows how many other aliens coming to Earth, Earthlings in space, guy from the big city moves to a small town, guy from a small town moves to the big city and dumb alien who thinks cats are food shows that have come and gone over the past 40 years. Kimmy is an Earthling — as far as we know. She’s from a small town in Indiana and at some juncture is kidnapped from that town and stuck in a bunker by an end-of-days cultist (eventually played by Jon Hamm) who keeps her there with several other women for years. When they are finally rescued years later, the world has obviously changed around them. To make matters even more hilarious, she up and moves to NYC, which was probably already decades ahead of her podunk town when she was first taken. Kimmy, played by later-day The Office regular, Ellie Kemper, is remarkably innocent after being locked up since childhood and interminably cheery. Which, of course, is in direct contrast to the angry, superficial city to which she’s moved. Within a few hours of arriving, all of her money is stolen, she is homeless and has nobody to turn to. But she, like Bruce Willis, from the similarly named M. Night Shyamalan movie, Unbreakable, is, uh, unbreakable. She’s gonna turn those lemons into lemonade. So she moves in with a less-than-upstanding wanna-be actor/performer flamboyantly played by Tituss Burgess in a basement apartment landlorded by crazy, former East Village government rampager / husband murderer (?), Carol Kane. So, your typical wacky New Yorkers. She is eventually employed as a nanny of sorts by Jane Krakowski, who is essentially reprising her Jenna Maroney character from 30 Rock, but this time as a newly wealthy, kept Manhattanite instead of a pampered actor.

After watching a bunch of seasons of 30 Rock, the show feels very familiar. The patter and pacing is super similar. As are the jokes — some of which I swear are just straight recycles. And, like those jokes, some are funny, some are complete throw-aways and others are out-and-out duds. Like to the point where the actors are saying them while cringing. That is to say, I liked 30 Rock. Sometimes I loved it. Other times I scratched my head and wondered if they went to the other writer’s room down the hall filled with dorks who were busy trying to do fixes to failed SNL sketches. Unfortunately for Kimmy Schmidt, they might have picked up one too many from the old pile. And, honestly, on shows like this that are filled with characters and caricatures more than anything else, it comes down to the who we want to spend a half hour with. Ellie Kemper was great on The Office in small doses. The sunshine and puppies thing (with an underlying anger thing) existed on that show and that show ended. But here is that almost carbon copy personality popping up here. Krakowski’s character on 30 Rock was actually one of my least favorite, as they seemed to run out of things for her to do after like season two. But here she is again, spouting lines that I swear were ripped right from those scripts. Vane and out-of-touch with the common people, she came from nothing, but now that she has money and all the free plastic surgery she can garner, she doesn’t want to part with it for the life of her. Fueled by insecurity, she just prances around like a show dog and treats people more like furniture than people. It gets old quick. And Tituss is funny as the self-absorbed gay roommate, but feels almost stereotypical in his “me, me, me” attitude and obsession with fame. Again, it feels like a character we’ve seen a million times before. But occasionally funnier.

I think if Netflix gives this thing a second season, they should go back to their pilot and see what worked there and eventually burned itself out as the episodes wore on. The concept is a decent one and has tons of places it can go, but it feels like it might need a hard reboot. Like boot some of the lamer characters and bring some new ones in. Tada!