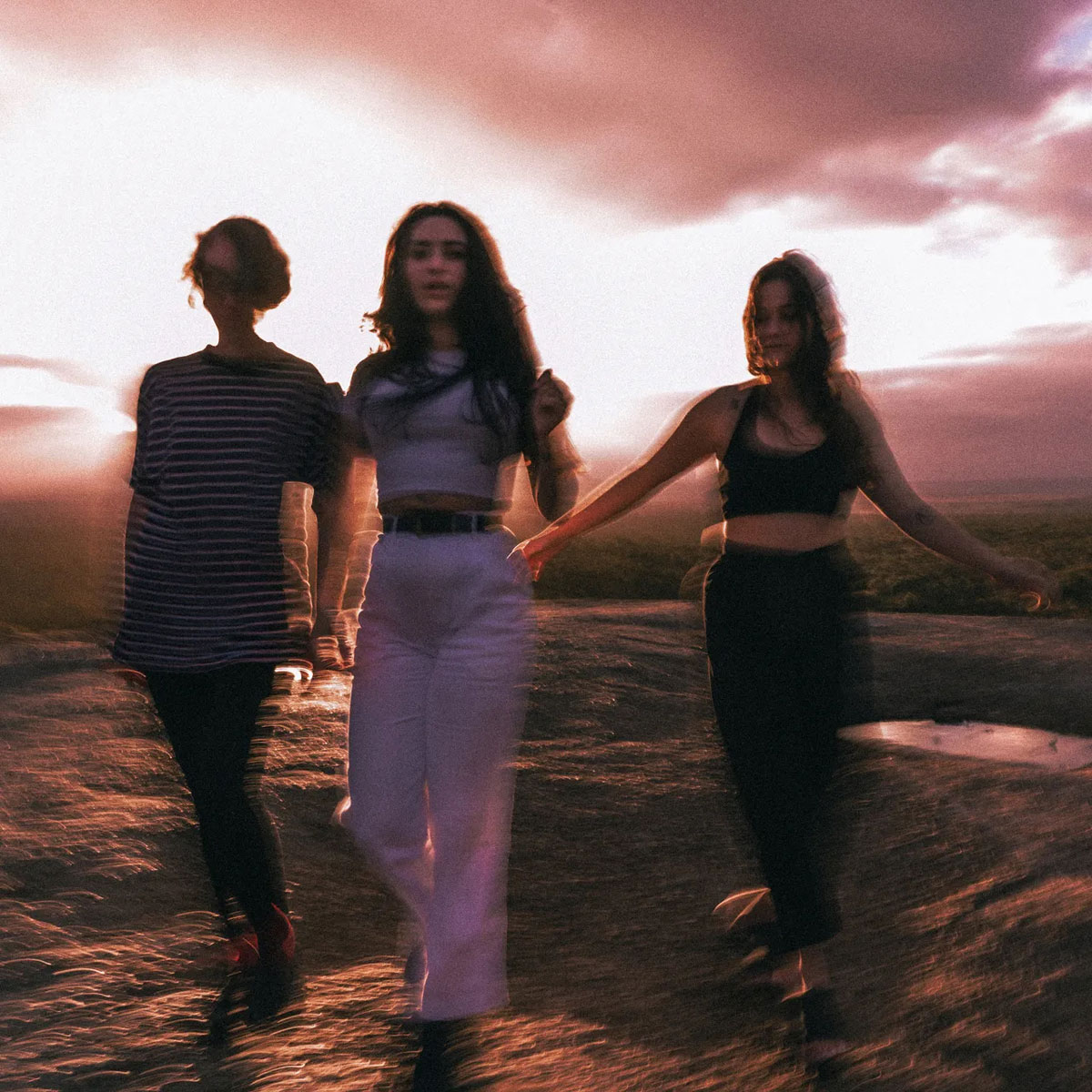 Camp Cope: Running with the Hurricane

There’s just something about Camp Cope that hits me in the feels. Maybe it’s their kind of authentic indie rock approach, or lead singer, Georgia Maq’s, round tone and funky Aussie accented English. “Round tone” being something that I think I heard on The Voice in 2012, but seems to fit the situation. Whatever the case, I’m always excited for new Camp Cope records, include this, their latest, Running with the Hurricane. Decent title, even.

What I wasn’t expecting, though, is a slight shift into more mid-tempo and almost lovely adult indie. It’s not as though they were all post-hardcore or something on their self-titled debut, Camp Cope, and sophomore effort, How to Socialise & Make Friends, but this kind of much more “mature” approach came a little out of left field for me. And maybe it’s every band’s third album where they find their more adult voices, but I’d have to do a little digging to confirm this over time. I mean, it’s not like a terribly dramatic shift. Like I said, they didn’t start off as a sloppy punk band and then all of a sudden put out a waltz record. But they certainly downshifted from some of their most aggressive and more loose arrangements. Even Maq’s voice has taken on a lighter lilt. Less growl, less bass. Way less pushing of her upper yelling register. I guess four years is a lot of time to find a new sound.

Now I’m not saying this new sound is bad by any stretch. It has less bite, certainly, than the old stuff. And while the old stuff certainly showed all sorts of indie rock influences and had some of the same mid-tempo tendencies, the music hit higher highs, often times finding Maq building until her voice was shredding in the best kind of way by the end of every track. Shouting her pain to the world. Or whatever she was doing (I’m not good about listening to lyrics, but can discern tone).

Running with the Hurricane brings them to a place that feels almost Americana in parts. I think I’ve only heard one Indigo Girls song in my life, but I kind of imagine that this is what they would sound like in 2022. Not that they don’t exist in 2022, but if they… Okay, I’ll stop. Point is, there are almost country-ish harmonies and like actually singing-singing. No yelps or nothin’. Edie Brickell! Ok, shit, I’m really bad at this comparison thing. But it certainly leans into the languid, but beauteous sounds of something I’m unable to put my finger on. Some dude I used to work with at a record label always told me he thought I could totally learn to love Miranda Lambert. He was a Nashville guy and thought my indie rock proclivities would open the door for her brand of country. Still never hearing a single Miranda Lambert song, maybe they now sound like her? Or Courtney Barnett, who apparently plays guitar on one of the songs on the album. Well, they haven’t gone full Big Thief on us, that’s for sure, but it’s a thing.

The thing that’s not missing from the music is the amazingly snaking bass lines. Whoever is doing the production on this thing, I love that they kept in the great bass. And it is really nice to hear Maq push her voice in a different way. She still has that terrific tone and whatever that Aussie accent is that makes English words somehow sound cooler and/or more emotional. In relationships, in talking about the planet. Whatever she’s talking about, I’m down to listen to her sing about it. I almost don’t miss the occasional shreddy scream. She clearly spent the time between albums figuring out that she has a legit instrument and has trained it. And, as you can tell, at first I was a little thrown by the new tenor of their music, but the album really does open up after multiple listens. And while it certainly rides the line for me in terms of my “thing,” I’ve really come to appreciate the artistry and really decent songwriting. Even if it’s a little softer and poppier than I’d normally be comfortable with in my indie rock bands.