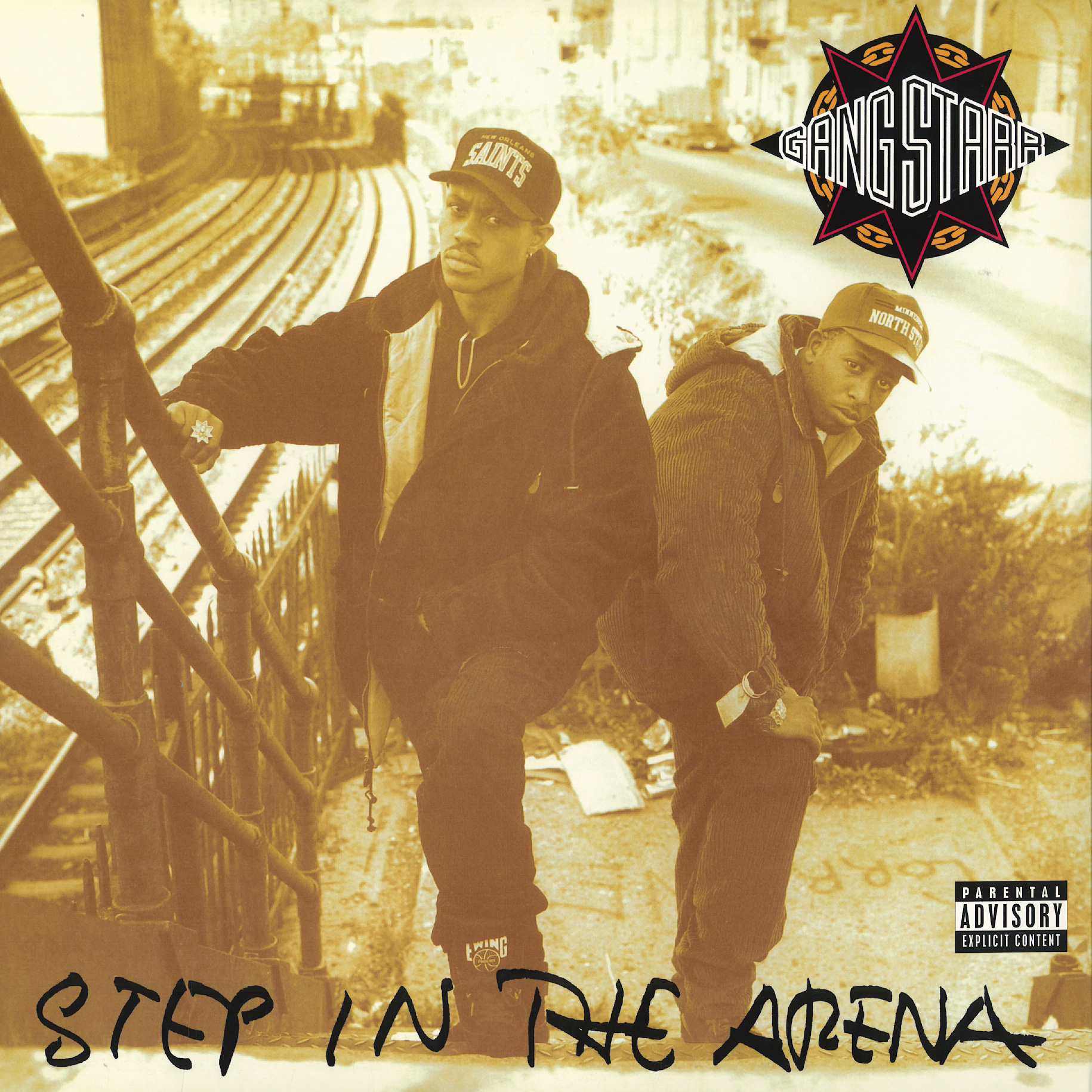 Gang Starr: Step in the Arena

Why must you boys always fight? Step in the Arena is one of the most classic rap albums of all time. Guru’s smooth voice and Premier’s looping jazz and thumping bass are clean and mainstream in a way that kind of typified the age, but also set them apart in a time when everyone thought he was a gangsta. Call it the beginning of “backpack rap.” You know, code word for hip-hop for white college kids. I mean here’s a guy (Guru) from Boston for God’s sake. Boston! Sure there are songs about breaking dude’s backs and “catching bodies,” but it’s all clearly metaphor and not, like Ice Cube’s 1991 album Death Certificate, meant as a real indictment of anyone in particular. They even espoused the whole Muslim thing on their other big song, “Who’s Gonna Take the Weight!” And then more bragging on “Check the Technique.” Asiatic, bro!