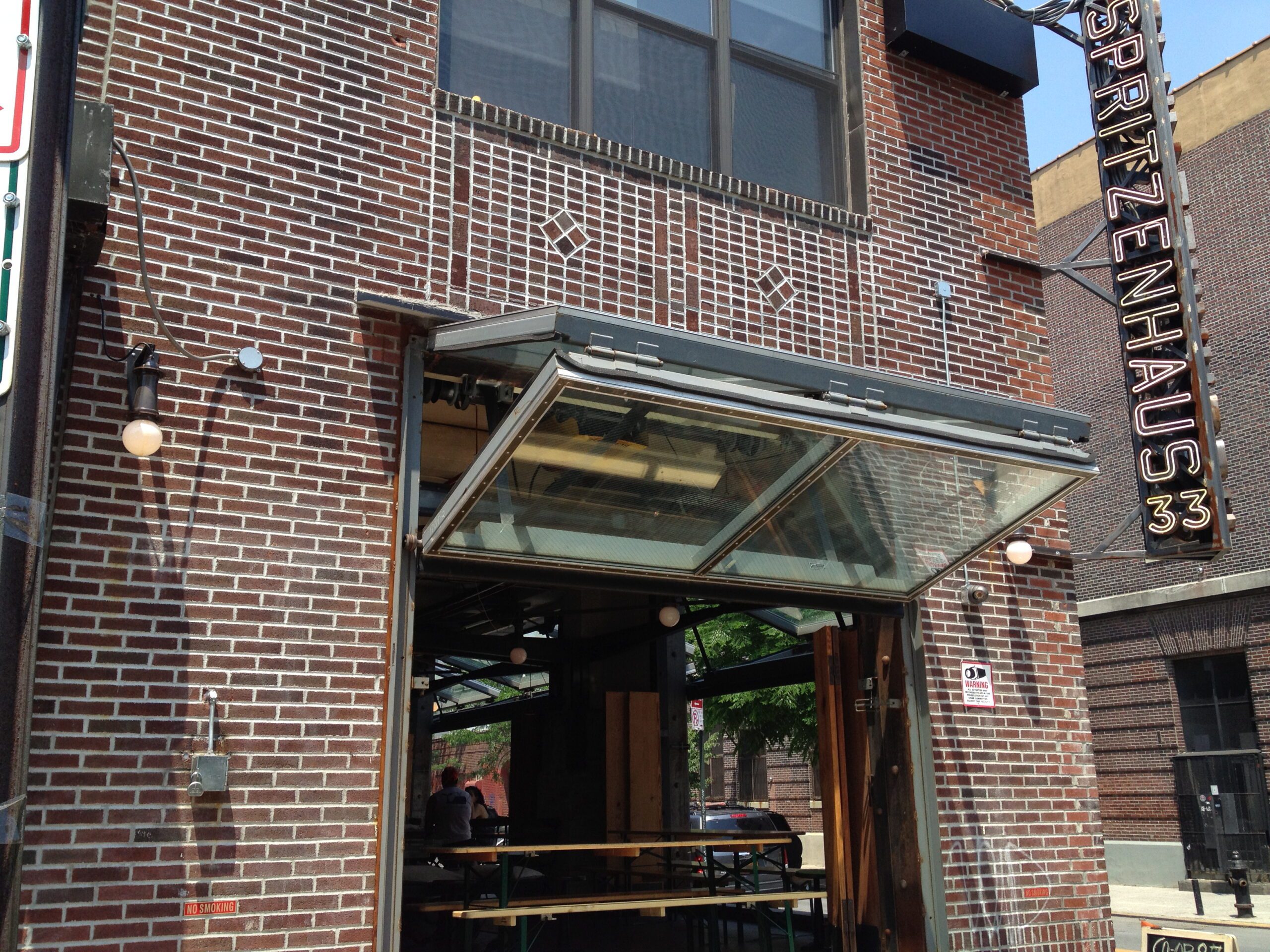 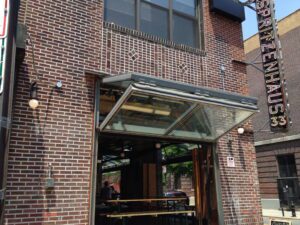 I swear it was like 2008 or so when hot dogs became hip — or gourmet, at the very least. And, let’s face it, German food is nothing but some fancy-ass weiners. Luckily when they’re served in a space this absolutely cool, all that frankfurter nonsense just falls away and my beer and me are as happy as can be. And then my second beer and me are even happier. Granted, I was there with my Brooklyn friends during daylight hours with Hipster Jr. and Hipster Jr. Jr. in tow. Hipster Jr. learned some new choice words written on the sides of the Jenga pieces — some of which I wasn’t even familiar with. I’m still not sure what a “Puerto Rican Fog Bank” is, but I know it can’t be good. I’m not sure if this would qualify as a biergarten or what, but the joint 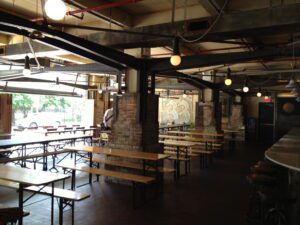 is large and obviously was converted, like most things in Brooklyn, from some sort of industrial space with its exposed brick, high ceilings lined with metal support beams and vintage lighting and even some gnarly fireplaces for the colder months. The entire outside of the bar slides open to make it like a convertible of sorts. Inside are giant undulating bars from which you can order the aforementioned Germanic brats and pretzels and general Bavarian bar food, as well as a decent mix of German and domestic beers. There’s the whole communal seating that typifies these bars and really gets the social juices going. Again, we were there around lunchtime on a Sunday, so it was more family and less douchey, so I can’t attest to the normal crowds, but aside from some relatively lackluster service from the bored-as-shit bartender/hot dog vendor and the kitchen, which seemed to be on hungover autopilot, I would go back in a second if for no other reason than to get a fancy-glassed beer, a pretzel with spicy mustard and maybe stick around and ask one of the Jenga-writers what a Hot Karl is. [MF]