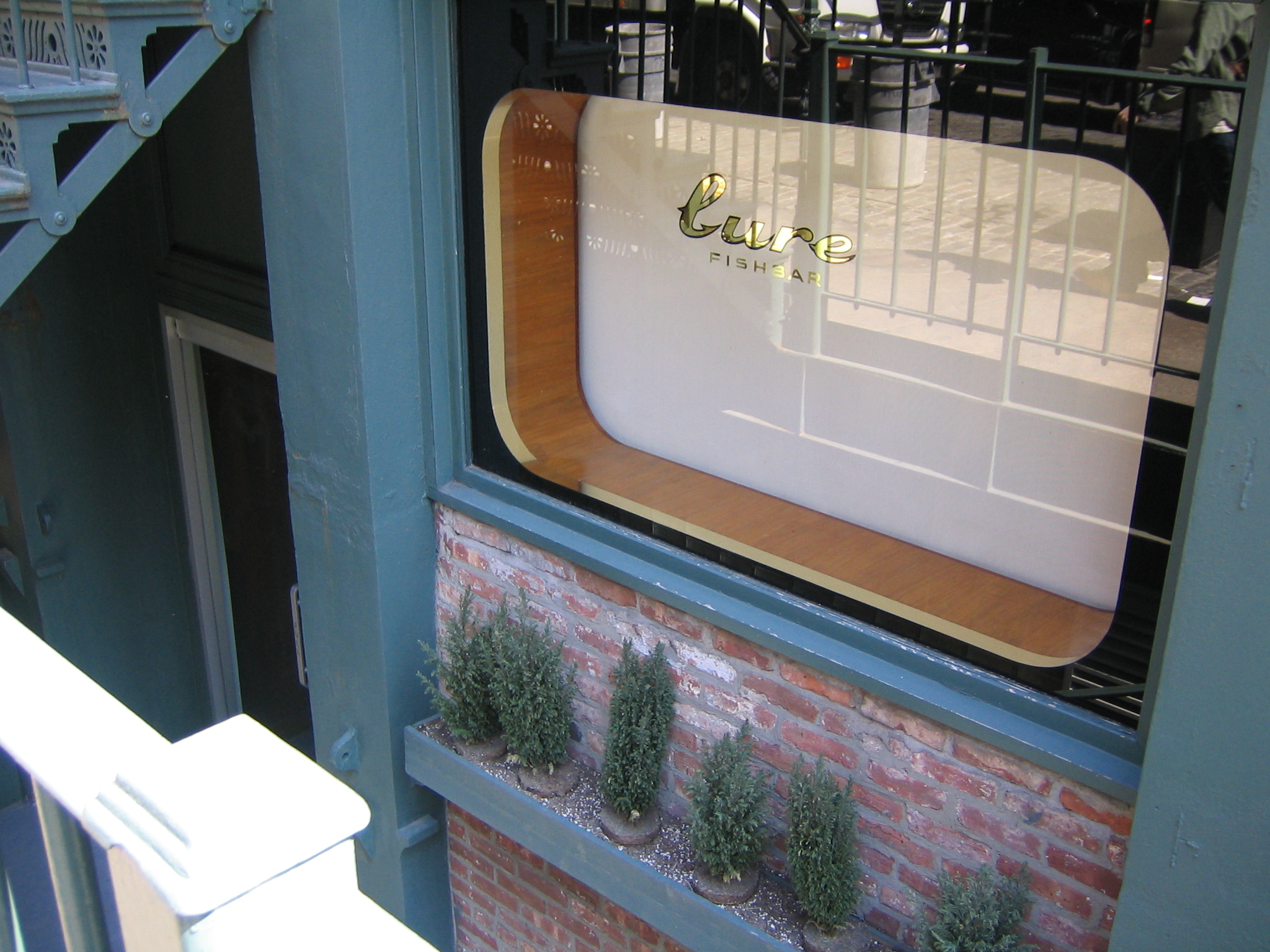 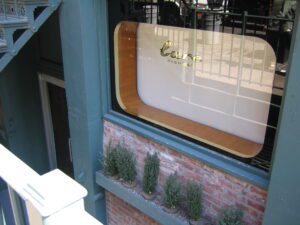 This place, with its ship-like look and smell, is dangerously teetering on the precipice of theme restaurantdom. Modeled to resemble what, in my extremely limited nautical vernacular, can only be described as a cabin cruiser, Lure’s subterranean space is at once spacious and claustrophobic. It’s honestly a little weird–kind of one part Love Boat and one part Overlook Hotel. Because of its underground location, the fishy kitchen smells have nowhere to vent, and the whole joint just kind of reeks of ocean. It’s not as unpleasant as it sounds, because, like the sea, one gets used to, and even begins to savor, the brine thing. Immersed in the whole experience, I made the interesting choice to start looking around at my dining comrades. There were no less than two tables full of octogenarians with their ”daughters,” who were wearing what in some cities would either get you the Penthouse cover or stoned to death by an angry mob of religious zealots. There were other disparate groups at tables who seemed very far from being locals–an odd crowd to be sure. Unless it’s soft shelled crab, I honestly have a tough time remembering fish. One flaky white fish blends into another. It’s difficult for me to picture a fish’s face while I’m eating it, because, let’s face it, a fish isn’t a cow. Not to mention that there’s pretty much one kind of beef, one kind of chicken and one kind of pork (which I don’t eat anyway). There are like a million kinds of fish, and I rarely know the difference between a grouper, sea bass or tilapia. In any case, my clam chowder was less than amazing and my entree of some sort of fish was obviously not as memorable as it should have been. The place itself made the biggest impression on me, which isn’t the best thing in the world. Disneyland made a big impression on me too–and who the hell wants to go back to that place as an adult? [MF]