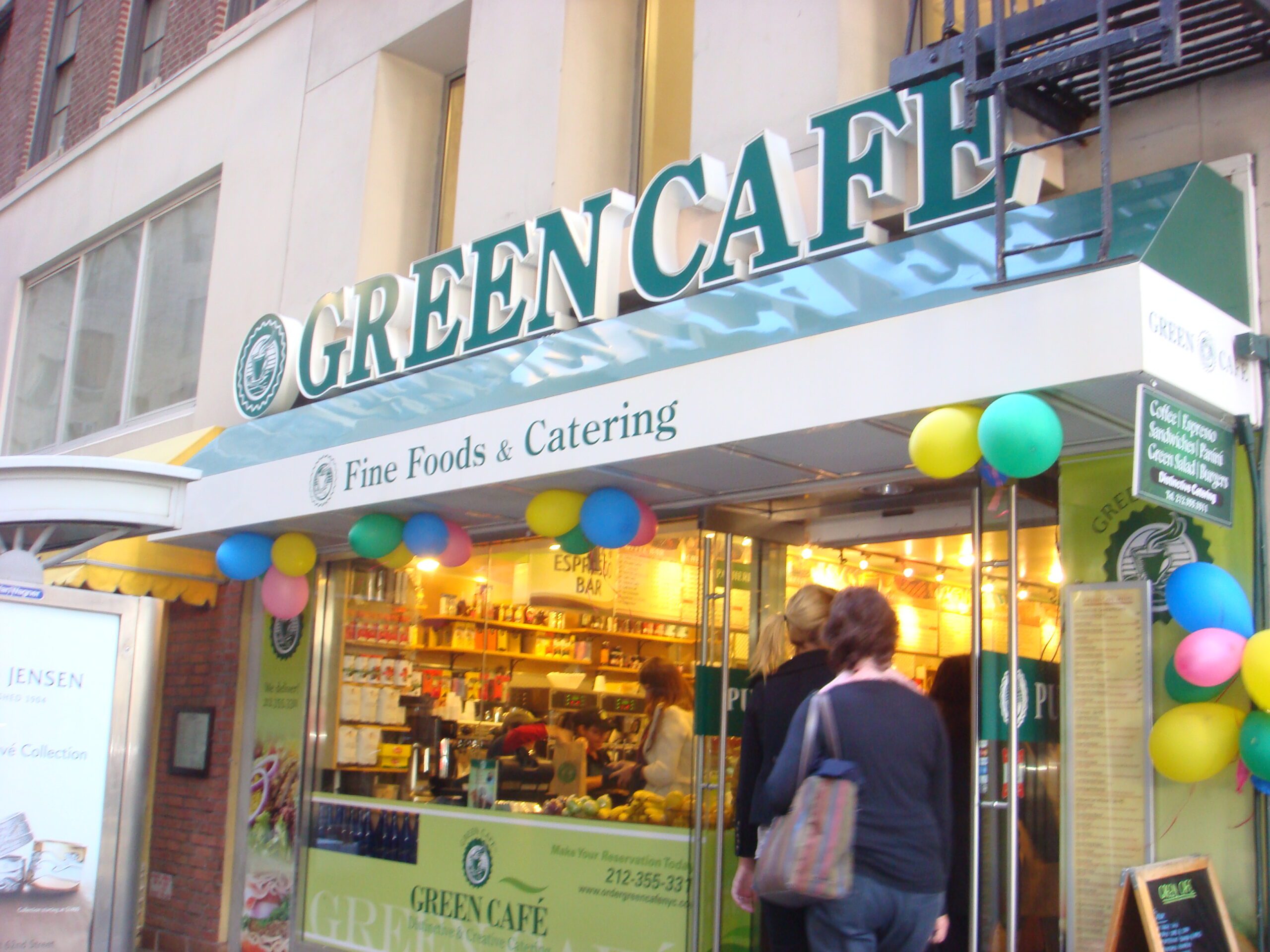 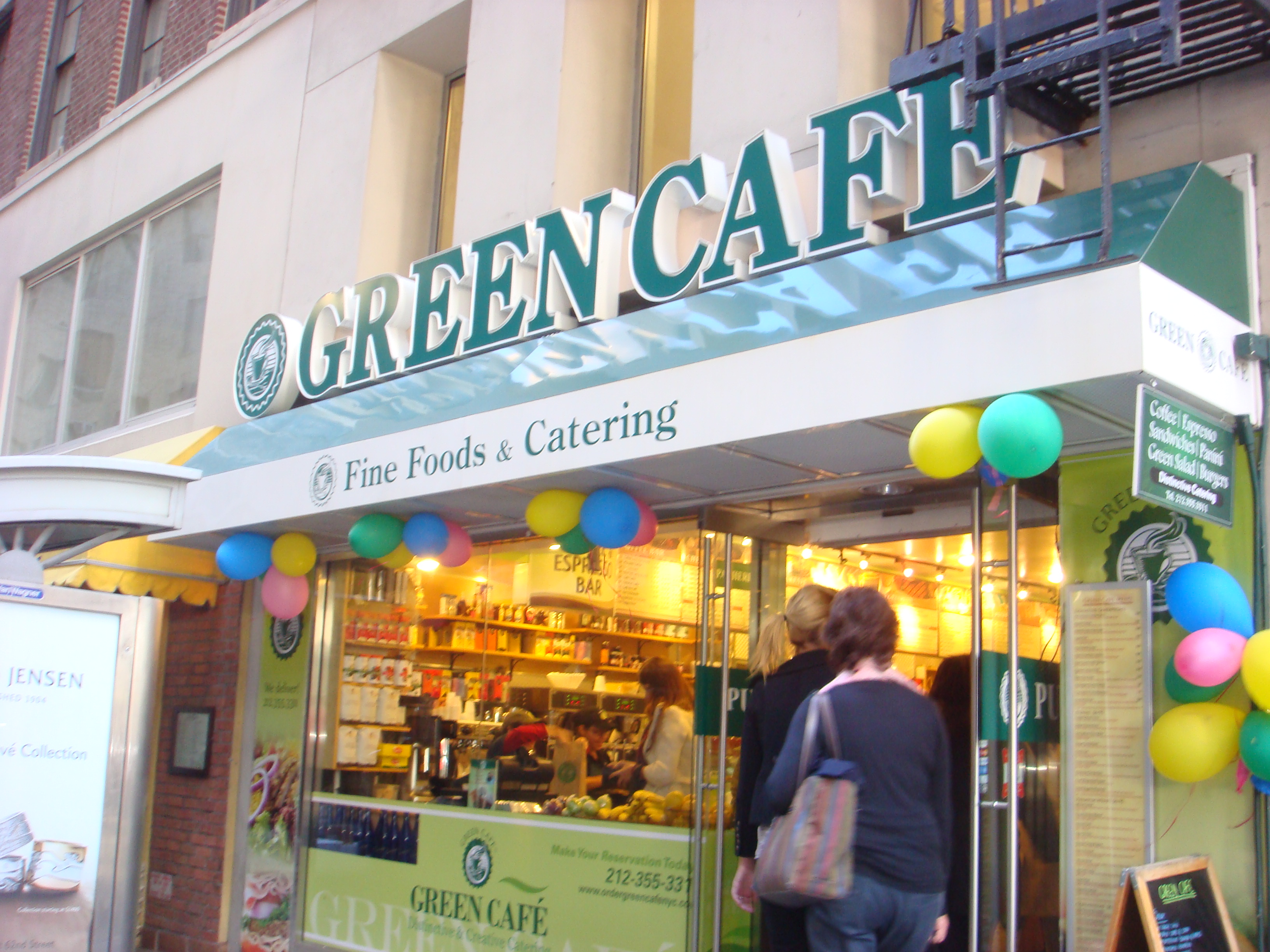 The turkey and brie sandwich is a staple of just about every midtown lunchateria. It’s usually presented on a baguette under glass with either honey mustard or a slice of green apple–or sometimes both. The Green Cafe’s version came sans apple, but was otherwise no different than any others. The first thing one notices with all of these delights is that they are usually cold to the touch. You would be too if you had been made in the morning (or maybe the night before) and put in a refrigerated case to be poked, prodded and moved around by some dude in a dirty glove and a smock. I handed over my $7.50 plus tax (already feeling semi-jacked), pulled the thing from its wrapper and again came the general coolness to the touch. And then came the flaccid, airplane-tasting baguette and turkey straight from the ghetto bin at Gristede’s. It honestly tasted and felt like a leather brogue going down. Not that I’ve eaten a shoe, but I imagine that fine leather would be more appetizing than this excuse for south-of-airplane-quality sandwich. I don’t know what the insinuation is with the whole “green” thing in their name, but the only thing that was green after eating here was me. [MF]