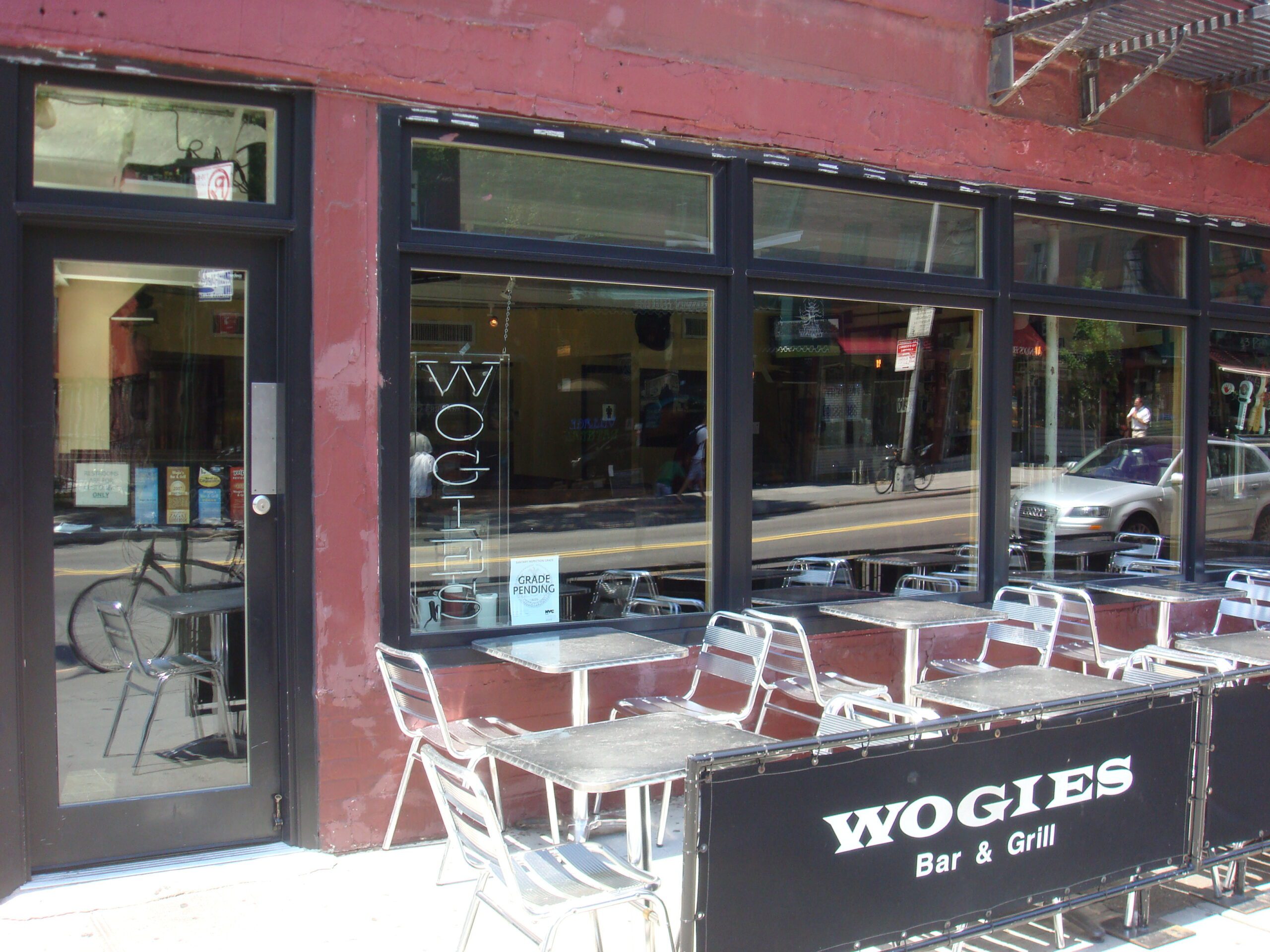 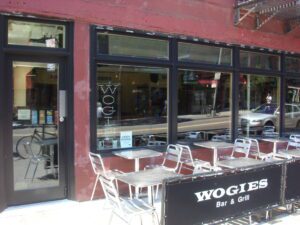 Yeah, I have this thing categorized as a sports bar, but it’s actually a very specific kind of sports bar. It’s a Philly sports bar. I haven’t the slightest whether or not folks show up to watch anything but Phillies, Eagles, Sixers and Flyers games at this joint. In other words, on a given Tuesday night when the Phils are off and the Yanks are playing, I can’t imagine anyone would gather in this tiny space to cheer on Jeter and the gang or watch like a random golf tourney or something. So it’s a sports bar in Philly name only, and apparently a very popular one at that. Word has it that this place gets packed, especially for playoffs and anything important on the Philly sports schedule. I was there very early on a Saturday, alone and waiting for out-of-town buddies to show up – most of whom happen to be coming in from Philadelphia. I sat in the neat little space with its dark wood booths and clean lines surrounded by Flyers posters (it must have been the playoffs or something, but what do I know about the NHL?) and some more classy black and white shots of the city chatting up the absolutely adorable bartender. She gave me some background on the place and then flat out admitted that she’d actually never been to The City of Brotherly Love. I asked her if the owners knew that and she kind of shrugged in her tight shirt as if to tell me that odds are she could have said she murdered eighteen people right before the interview and they still would have hired her. Unfortunately it was a little too early for me to order a cheesesteak, otherwise I would have done a “one wit whiz,” but had a couple beers instead. Looking at the menu afterwards, I would definitely drop by for some wings or a steak if in the ‘hood, as there aren’t a whole lot of alternatives in the West Village if you’re looking for sports, good bar food, beer and a bartender in a boob shirt (though she probably no longer works there given the timing of this review, so don’t go there lookin’). [MF]