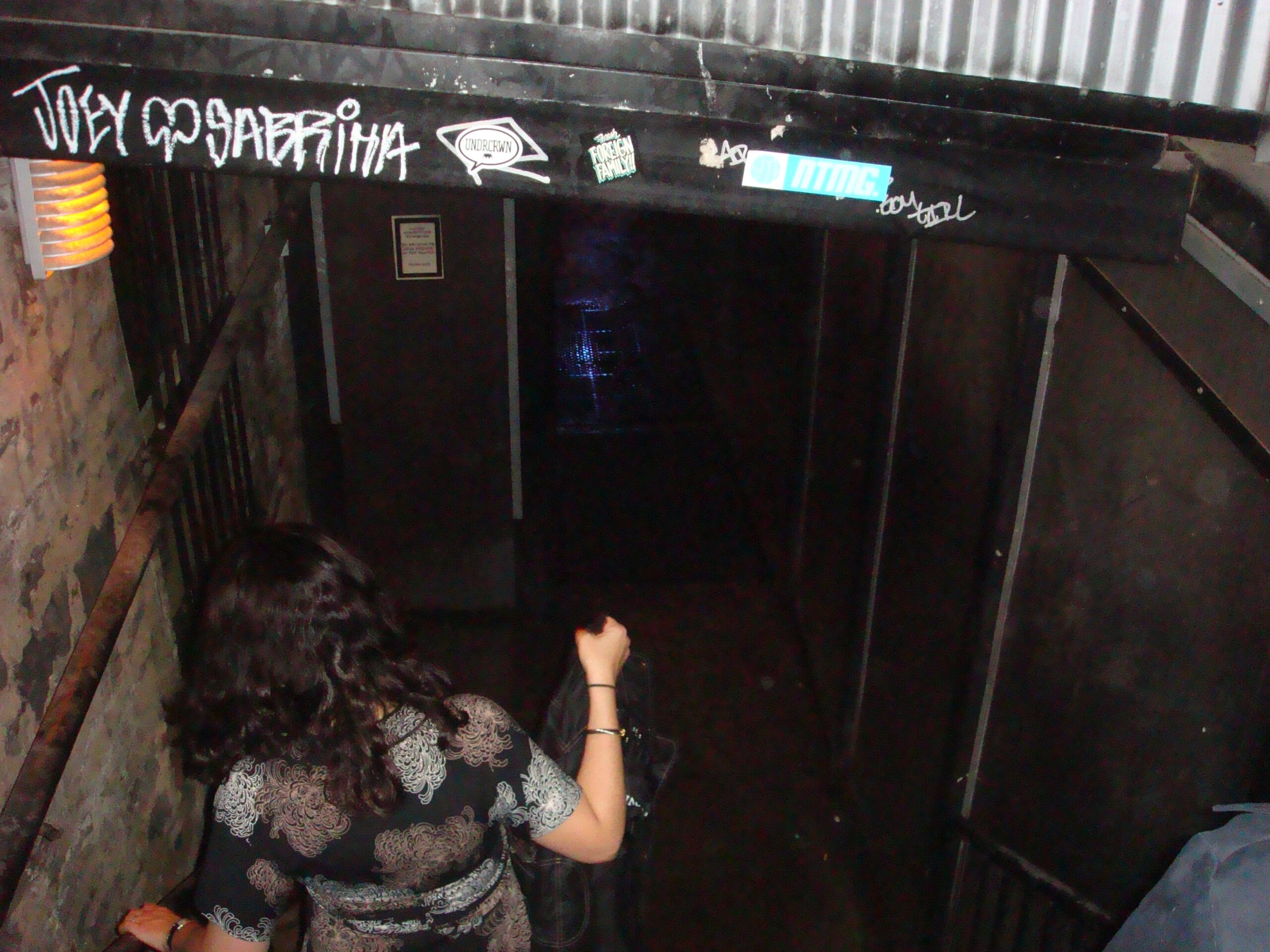 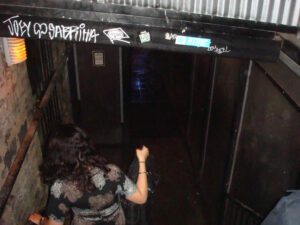 I have to admit that I don’t really get the gimmick here — and have no doubt, people, this joint is full of them. The first very LES twist is this bar’s oddball entry, which is a tiny gate on which hangs a sign with the words “Lower East Side Toy Co” stuck to it in cheap, reflective decals. That gate leads to a downward set of stairs and a weird alleyway that runs under a dripping catwalk (which looks kind of like where you’d imagine Batman’s parents got snuffed) and then back up an industrial steel staircase to a mysterious door, next to which sits a stack of old school Radio Flyer pedal cars. Okay… And then you walk inside to what looks like a bustling Victorian-inspired speakeasy. Incongruous? Indeed. Granted, once inside, the place is pretty cool, well appointed and steadily crowding with young people (some of whom look about wide-eyed and confused) and curious tourists who must have read about the place in an “insiders” guidebook somewhere. And then the kitsch level is kicked up a notch. I ordered my $8 Radeberger and it was served to me by what can only be called a relatively friendly but also somewhat inconsistent bartender in a teacup. A fuckin’ teacup! Have you ever tried to hold any amount of liquid by that tiny circular handle on the outside of a teacup and keep the stuff from sloshing like mad onto your shirt, pants and shoes? It’s impossible. The beer aficionados out there would be flipping their oats and barley with the awkwardness and beer-ruining qualities of the whole thing. It was, in fact, more annoying than cute as booze splashed everywhere and I watched folks try to figure out where to grasp and sip from their widemouthed china and reach over folks sitting at the bar for their “tea,” only to have to apologize again and again as suds dropped into their laps. As wet folks continued to pour into the relatively large space from the rainy alleyway, the space in around the bar got super-crowded and we soon realized that this joint is pretty much a one and done ball of gimmickry. It’s fun to talk about, fun to see, but ultimately not a place comfortable or normal enough to park for an evening of glorious debauchery. [MF]