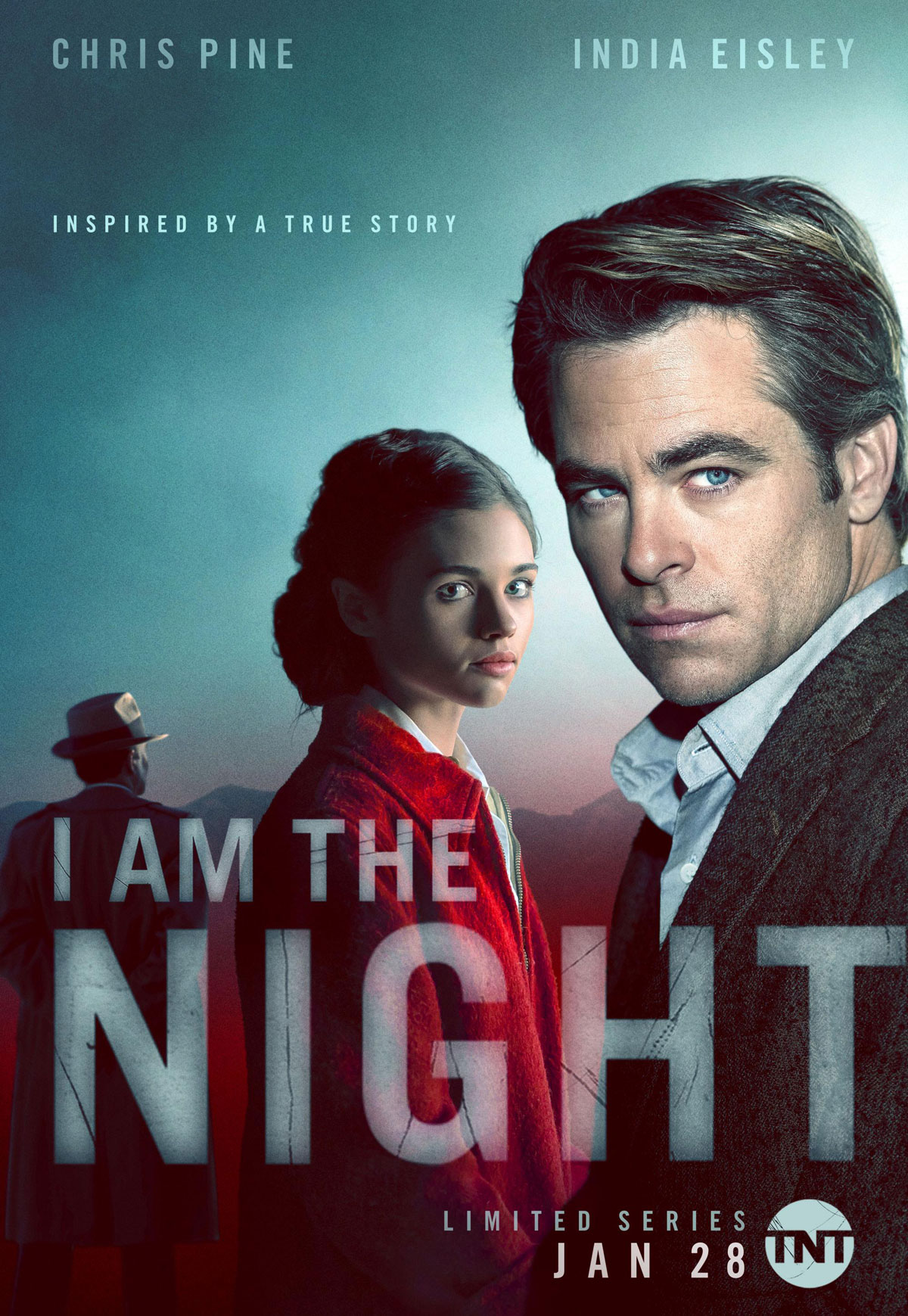 I Am the Night

Is it just me or is there a movie, book or television show about the Black Dahlia murder at least once every two years? I get that it’s one of those American unsolved murders that is just weird enough that it captured the nation’s imagination, but it feels like a topic that has been mined at this point, seventy years after the murder. Even when not being directly referenced, many narratives over the years have used the Black Dahlia murder as inspiration. I Am the Night is the first non-documentary I’ve seen, however, that tells at least part of the story of the family of the alleged murderer of Elizabeth Short, George Hodel.

Though to call this a straight biopic is to not understand how something that appears on TNT is going to go. The key line in the poster is “inspired by a true story.” Because, yes, a few of the people in this tale are real people who are, in fact, related to one another. Most, however, are completely invented out of whole cloth. Main character Fauna Hodel (India Eisley) is real. The other, Jay Singletary (Chris Pine), the down-on-his-luck former LA Times reporter and PTSD-addled Korean War vet, is not. Fauna is a pretty fascinating character in real life and on the show. Singletary, on the other hand, feels like a pastiche of every single troubled war vet you’ve ever seen. He’s haunted by his time in war, is self-sabotaging, abuses substances and is constantly getting bloodied by anyone and everyone he runs into. Chris Pine spends the entirety of the series with fresh and healing scabs on his face and bodily fluids on his shirt. And, as is almost laughably consistent on this type of show, his drug addiction (coke, in this case) plays a huge part in his life upon his introduction, but mysteriously disappears by episode two or three (which is only a few days in show time) never to come up again. It’s like some crutch writers use to tell you “this guy is really at rock bottom,” but is so unconsidered that it just vanishes once the character development intro is out of the way. It’s a frustratingly consistent inconsistency.

And this is kind of the issue with the series overall. There’s this poor balance of telling a personal story about Fauna Hodel and trying to recount the Black Dahlia murder narrative through secondary characters. After all, Fauna is a white girl who was adopted by a black family in the 1950s and grew up in a black copmmunity thinking she was bi-racial. That in and of itself is an interesting story. They delve into that, but, again, it gets dropped when the writers need to wrap things up and veer way more into the The Silence of the Lambs or The Girl With the Dragon Tattoo lane than the personal family story. There is this cross-stream where they can’t decide whose story to tell, the real Fauna’s story or that of the fake Singletary. And in that confusion, the whole thing gets muddled. They clearly didn’t think they had a strong enough story just following Fauna and her realization that her grandfather, George, is a monster, so they needed to invent this damaged-dude trope to help move the narrative along. It’s a shame, really, as Eisley is really good and they could have done more with her. Again, the poster with Pine’s giant noggin up front tells you all you need to know…

So, is the series worth watching? Yes and no. There are some lush sets that look really nice. There are others that look like an episode of Barney Miller. The Fauna Hodel character is relatively well-drawn — probably because the series is based on Hodel’s memoir, One Day She’ll Darken — but the rest, from the crooked cop (Yul Vazquez) to the embittered editor (Leland Orser) to the abusive, drunk mom (Golden Brooks) to the Chris Pine character himself, are right out of the stereotype 101 handbook. They’re just flat caricatures that you’ve seen 1,000 times before and add little to the nuance or interest of the show. The underlying story about family is a compelling one, but the execution gets mired in trying to satisfy a compulsion to tell the sexier story about monsters and murder. I imagine the original pitch involved a series that leaned more into the memoir, but TNT execs looked at it and were like, “Hey, so, could we have more punching, stabbing and women in peril? And maybe a damaged white guy anti-hero for the audience to relate to?” That’s me projecting, of course, but ultimately it feels like this thing could have been better if they’d tried to argue for a more personal and less commercial approach.