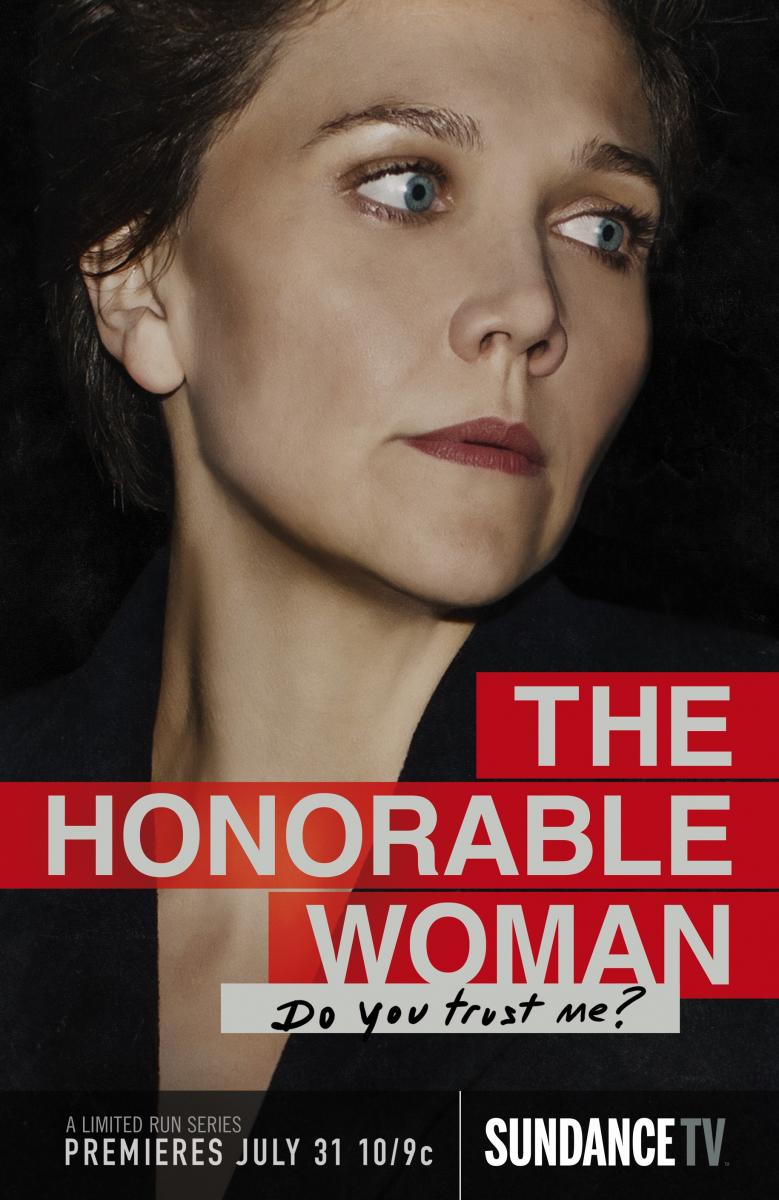 This is some timely stuff. Granted, it’s certainly not the only show on TV treading on this territory. There’s the on-again, off-again crazy-pants version of this show, Homeland, that got lucky this past season, seizing, seemingly by accident, on some timely Middle East occurrences. There are also a bunch of other third-tier shows called like Sheik! and Prince of the Desert and stuff like that out there that delve into the business of the Middle East, but they are more interested in the exotic setting than the minutia of the politics of the region. I don’t know shit about those shows, but they’re definitely out there.

The Honorable Woman (or Honourable if you’re watching it on the BBC) is the smarter cousin of these other shows. The dignified sibling who isn’t afraid to dig into the guts of Israeli / Arab relations, not so much picking sides, but unearthing the failings of both. Fault runs deep on both sides of the fight, or at least that seems to be the oscillating view of the show’s creators. Deceit and distrust and double-crosses are the norm, as paranoia and blood rule the day.

At the center of our story is the Stein family (to pick a nice, generic Jewish name), former arms manufacturers, whose bombs and missiles were used by Israel to punish the West Bank and Palastine into submission. To the point that the name of the family was printed on the side of those bombs themselves and shrapnel in the streets and in Arab’s bodies actually bore their family name. The corporation changed direction and focus, though, after the patriarch is killed at lunch with his kids. Murdered by a server with bread tongs to the neck. Those kids grow up to take control of the family trust, changing the company from an arms manufacturer to an infrastructure developer. Infrastructure across the Gaza Strip, West Bank and Israel, all in the name of cooperation and progress. Being of Israeli and Anglo background, the company and the family now reside in England and they are part of that society. Though, as Israelis, they are not fully trusted by the English government and because of the company’s history (and also because, again, they are Israelis), they are also not trusted by the Arab community. No wonder Gyllenhal’s character, Nessa Stein, sleeps in a panic room every night.

I won’t go too deep on the plot other than to say that the narrative thread revolves around a large infrastructure project that the Stein family is trying to get off the ground to essentially bring fiber optics to large swaths of the Arab and Israeli territories to both symbolically and physically bring modern communication to reality in the region. There are all sorts of politics wrapped up in this, of course, and we get to see the dealings progress and get screwed up and undone and all the back-door deals and payoffs and shuttling of money and favor and whatnot that need to happen in order to make projects in the region take place. Woven throughout this deal, told in flashbacks and various other asides, are the family secrets and twists that led everyone to where they are. There are British spies and politicians and terrorists and secret deals cut with governmental groups considered to be terrorists. And what would a show like this be without at least one graphic rape and more than a couple murders? It’s all masterfully done (though some of the family stuff detracts a little by from the larger story at times) and looks excellent in its sun-washed brightness and dusty interiors. The show is almost worth the watch just to see Stephen Rea’s spy character mumble and shuffle his way thorough every scene. He’s really a weird dude.

Maggie Gyllenhall is the obvious star here, despite being surrounded by like every English actor you’ve ever seen on any British show ever. She’s utterly believable, and I understand her English accent is top notch. I do find her a little hard to look at sometimes with her Mo haircut, 2×4 build and sad face, but that’s kind of the character in a nutshell. A semi-sheltered rich kid who is accidently thrust into the limelight because her passionate brother can’t stay out of his own way and in her own entitled way tries to unwind everything herself. Only to dig her situation deeper. She’s smart and capable, but it seems no matter how smart and capable one is, the Middle East is a situation that is impossible to untangle.

It’s interesting that the show won’t have a second season, as they really created a rich world here, won some awards and have an unending pool of real-world events from which to draw. That said, they did tie up the story well at the end, which is rare in this day and age of “will they or won’t they” when it comes to renewals and extensions. Overall it was a very satisfying experience and one you won’t regret firing up on Netflix. It’s not bubblegum by any stretch, and you might have to pay a little more attention than usual (not at line Syriana levels, mind you) to follow the twists and turns in the plot, but the through-line is humanity, after all, which is something we can all get down with.