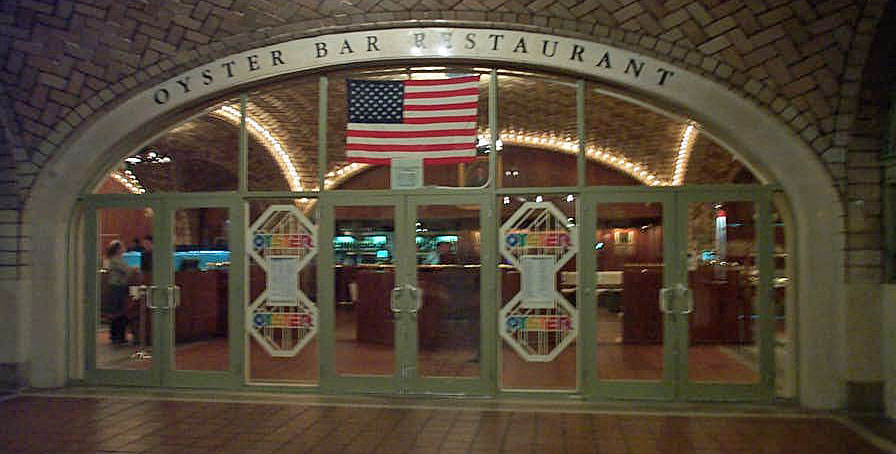 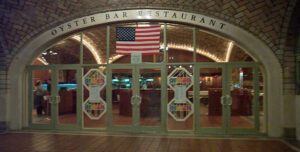 This venerable Grand Central classic has more going for it than just location. It has the mysterious Grand Central whispering gallery right out front, as well as decades and decades of loyal besuited customers–one of whom I know would literally live on their shrimp cocktail if given a choice. The most distinguishing features of the restaurant are the arched brick domes that are both distracting in their coolness and worrisome in their similarity to some sort of 1950s subterranean bomb shelter. I spent half of my time there waiting for Bert the “duck and cover” Turtle to come out to his little nuclear holocaust ditty. And now it can be told: oysters taste like cold post-nasal drip to me. Anything that can only be eaten by swallowing it whole (for fear that chewing it would disgust the eater to the point of barfing) isn’t something I want to be sticking in my mouth. If I squirt lemon on my food and it tries to run away, someone better be sticking that thing back in the oven. Myself, I went for a nice piece of fish, as someone else was footing what would be a pretty pricey lunch bill. As with most old school joints like this the preparation is straight forward with relatively few frills. There aren’t any fancy sauces or anything–at least on what I ordered. Perhaps I ordered incorrectly, but mine was certainly passable, but nothing to write home about. My co-workers ordered an army of different oysters, which they pretended to like. They then got the twenty-seven-dollar lobster roll (which seems like way too much to pay for something that comes on a hot dog roll) and claimed it was the “best ever.” Granted, they ate like twenty sea slugs each before wolfing down the mayonnaise-laden snacks. Regardless of the food, I’m sure your sheltered relatives from Connecticut or Duchess County would think this place was pretty snazzy. You could load them up on booze and raw sea snot and throw their bloated bodies right on the train back home. [MF]