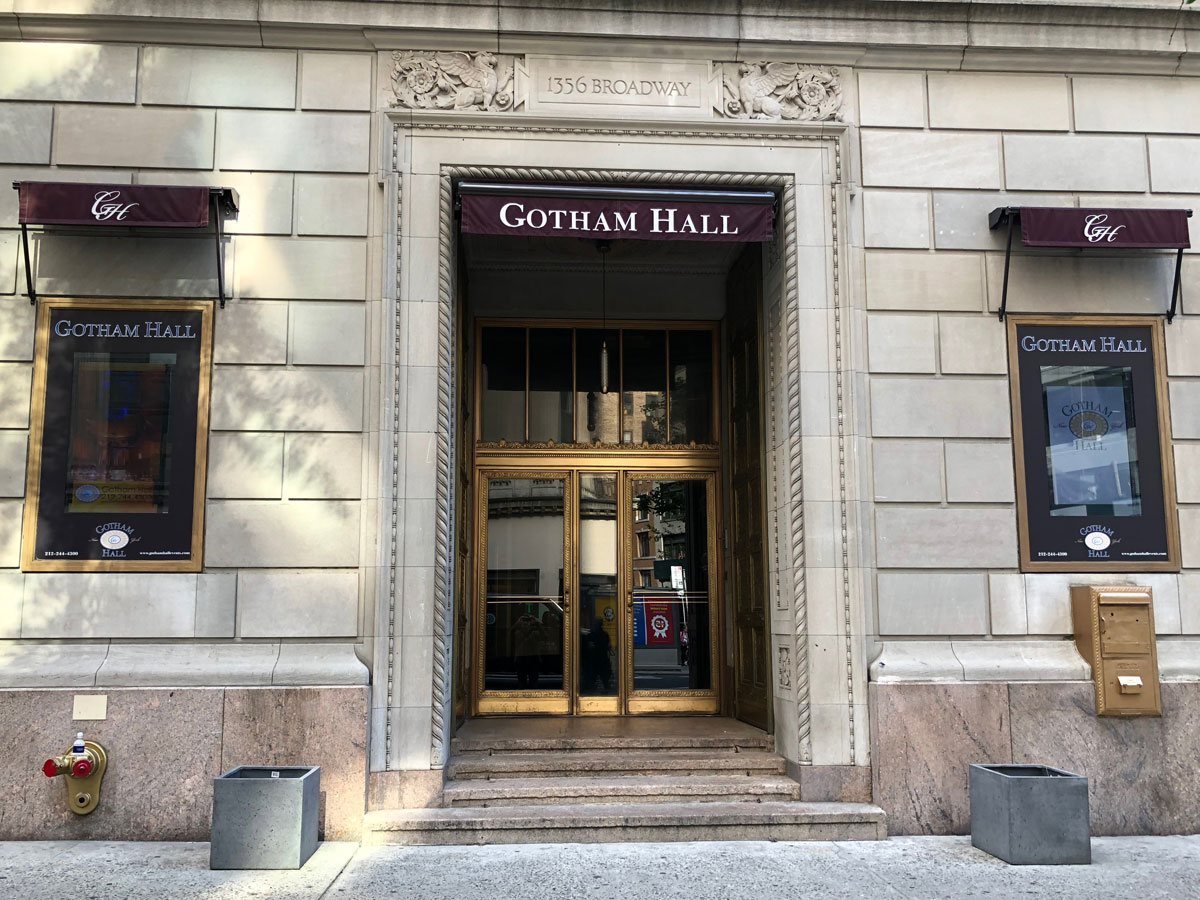 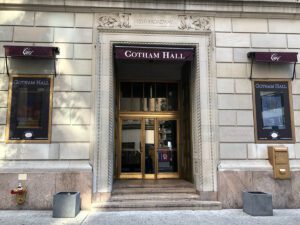 There are all sorts of these venues in Manhattan that used to be something else and are now used for big, blow-out parties with music and dancing and celebs and booze and general wackiness. Gotham Hall used to be something with an amazingly high ceiling and a kind of space-in-the-round. It’s a large domed space, which in this case had a huge live stage on one side that featured live hipster bands and a pretty decent light show. I think I was there for some MTV Music Awards, Virgin Atlantic party, but it could have been any number of free-booze and music parties that probably happen all the time while I’m working and/or sitting my ass on my couch. The place was very cool, and impressive in an architectural way. It’s not really fair to compare this to a drab Irish pub or Lower East Side lounge but as far as spending a weeknight drinking on someone else’s dime, and listening to good indie rock, it certainly beats, say, hanging in my living room. Anyway, I doubt I’ll ever be invited back to this joint, but if I had endless funds and enough friends to fill the massive space, I would certainly put this on my list (along with Capitale) as a place that would make my buddies think I had certainly been passed my cool card. [MF]