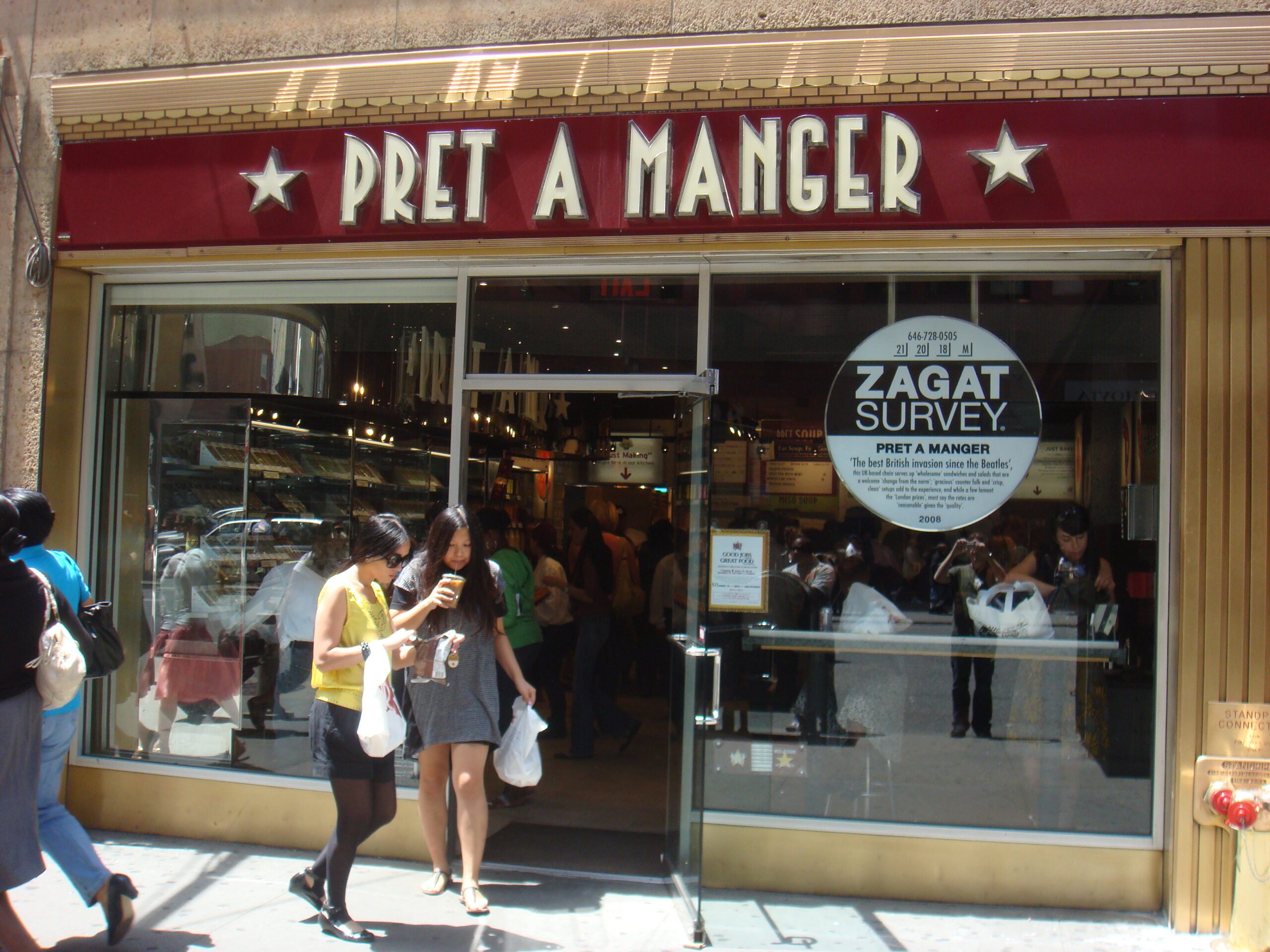 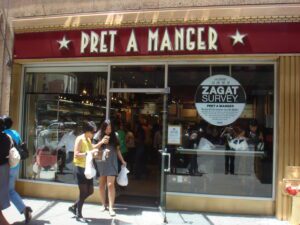 One Pret is very much like another. The “dolphin-safe” tuna is probably safe for dolphins no matter which location you buy it at, and the lousy amount of said tuna on your baguette will also be relatively consistent as well. Despite the dearth of the fishy stuff, I can’t help but crave the lovely crunch of the sandwich’s bread, the crisp snap of the cucumbers and the peppery goodness of the tuna itself. Somehow the combo of the three melds like Voltron to form the ultimate in crack-like sandwich superbots. Texture is an important factor to me in my food since I have come to the conclusion that I don’t know what I’m talking about from a taste perspective, and Pret, for being a fast food joint, manages to keep the texture in their sandwiches despite shuttling them out and throwing them on the shelf for the public to finger. I’m assuming the amount of turnover keeps the supply relatively fresh, so rarely (and surprisingly) have I gotten a sandwich that smacks of olditude. Gourmet it is not, but every once in a while the mass-producers do something right. [MF]