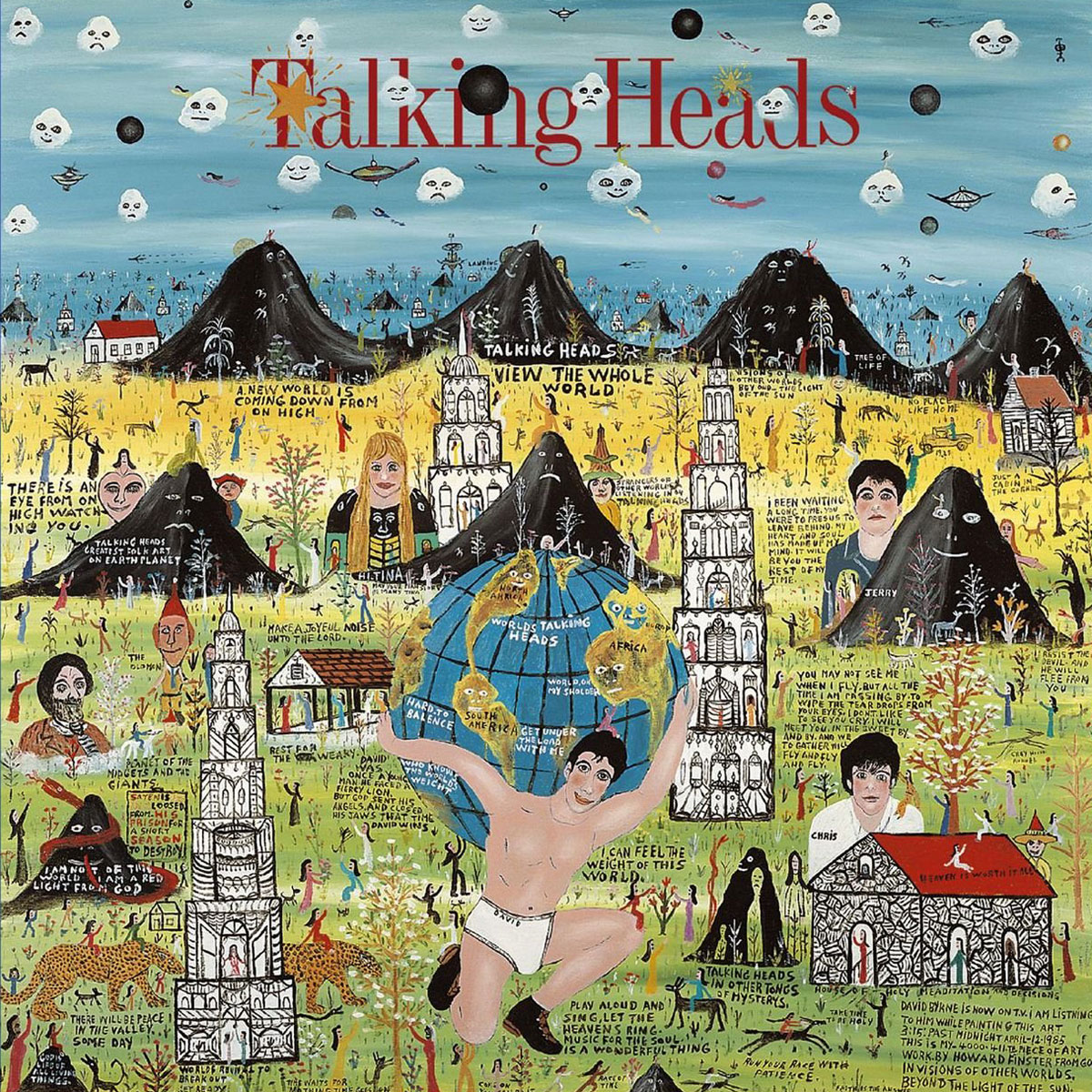 Where does one start forming musical taste? Or, I suppose, when does one begin forming musical taste? Actually, maybe both questions are legit. In the case of Talking Heads’ Little Creatures, the answer to “where” is the mother of one of my friends. I suppose that’s more of a “from whom” than a “where,” but you get it. And “when” is as an adolescent in a time when music discovery was tough. Pre-streaming and generally reliant on the radio, you either had to hit it just at the right time, overhear something in the record store, choose based solely on an album cover or rely on either older teens or adults with some more disposable cash and a larger collection.

Now… is this Talking Heads album their coolest? Their most artistic? Absolutely not. Is it their poppiest? Yeah, I’d say it’s up there. And to a 12-year-old’s ear it’s pretty incredible sounding. In fact, starting with track one, “And She Was,” the album sounds almost like what you’d imagine an artsy children’s band might sound like. It’s not novelty per se, but there’s something childlike about David Byrne’s joyous energy. So when the aforementioned mom popped it in the tape deck of her beige Volvo station wagon, I was immediately grabbed by the boppy swing of “And She Was,” with its yelps, super-clean production and almost summer camp sunniness.

Now, I’m not sure I realized way back then that a nine-track album barely qualified as an album. Frankly, I’d be a little annoyed as a consumer if some band couldn’t at least put together twelve songs for my hard-earned allowance. I bought this thing on cassette, so it makes me wonder if I balked when I saw five tunes on one side and only four on the other? Kind of a rip. To try to classify the music that is encompassed in these nine tracks isn’t easy. I listed it as new wave because of the time and the kind of sheer nerdiness of Byrne. But, in reality, it’s a mix of country rock, Americana, gospel-y stuff, art rock and just kind of pop rock. Like a lot of their music, it’s just kind of its own thing. There are definitely the types of songs that inform their next album and Byrne’s absolutely bizarre feature film, True Stories. Less world music, thank god, but the mash-up of genres certainly takes center stage.

This is a seriously strange, little record. I’m not sure I realized it at the time, but listening to it now… Well, it’s odd. Of course I remember the whole thing, but as a kid I’m surprised I even entertained anything beyond the clearly three easiest songs to access: “And She Was,” “Stay Up Late,” and “Road to Nowhere.” And maybe it’s because back in the day of album purchases you were happy if you batted .330. Then you just convinced yourself a couple of the other tracks were “your thing.” I mean, have you re-listened to The Chronic lately? You think of that thing as a total classic, chock full of absolute bangers. But, in honesty, there are probably two-and-a-half good songs on that album. And it, like this album (despite coming seven years later), was pre-streaming. So you plunked down your $15 and prayed that you didn’t have to skip too many tracks after Snoop kills it on his guest bars. Granted, I bought Little Creatures on cassette, which definitely limited most of that fast forwarding. It ain’t a CD.

And, yeah. It’s different. David Byrne is weird. Talking Heads are weird. Though you kind of expect that when they’re making artsy post-punk albums like Remain in Light and More Songs About Buildings and Food (which I own on LP). But even their swing at pop is this kind of the equivalent of David Lynch making Dune or, uh, Tim Burton making Batman. It has some of the hallmarks of the thing you expect from the genre or known IP, but is just sorta askew. Which makes for an interesting and unique experience. Little Creatures just doesn’t sound like anything else before, during or since. And, man, did I listen to this thing a lot. My Walkman flipping and flipping and flipping. I wonder what it’s done to me as a full fledged adult. Because I’m pretty sure, hearing it now, that one could definitely play this as the soundtrack for whatever bizarro cult you might want to start in that abandoned church down that dirt road.