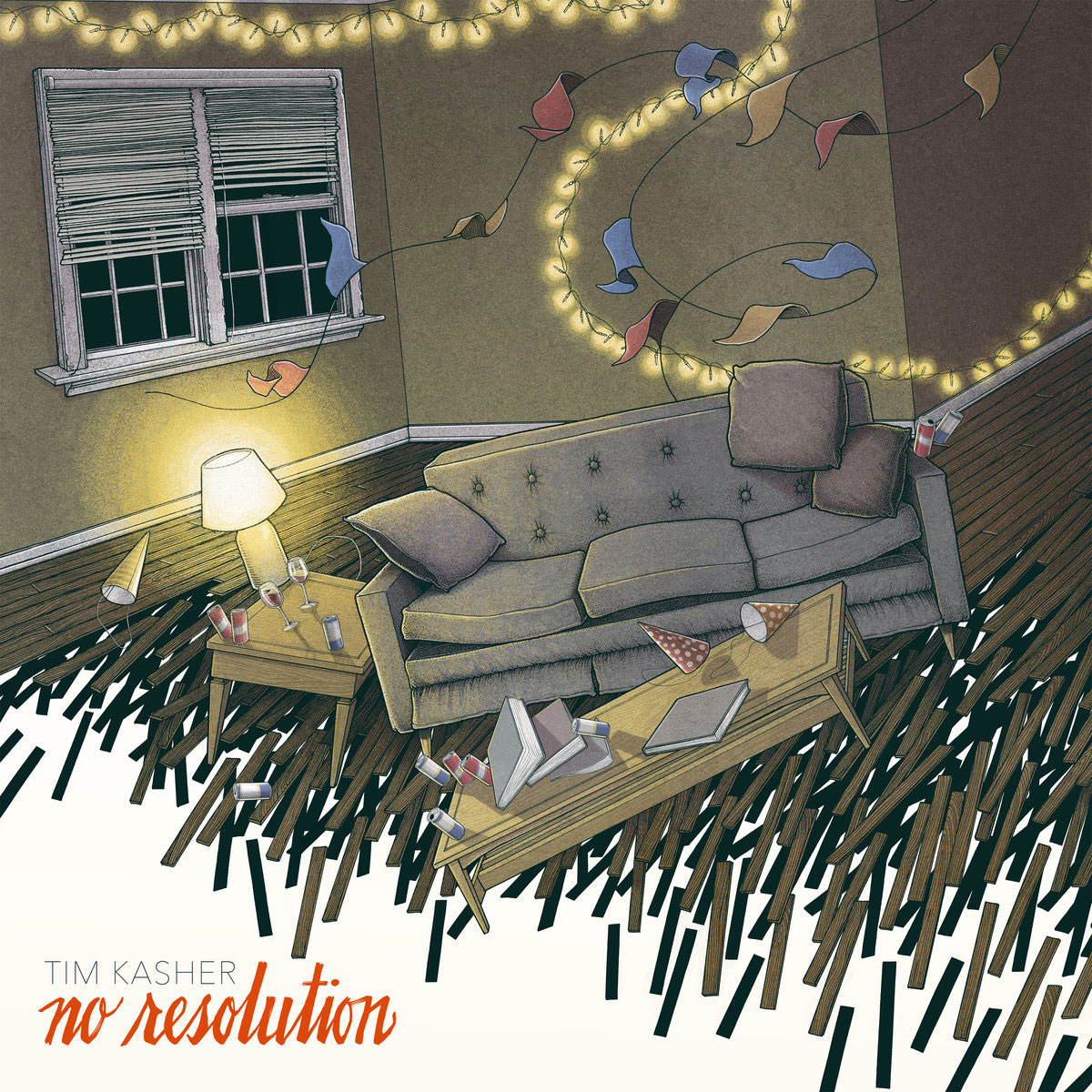 Tim Kasher wears his heart on his sleeve. I guess that’s why he’s been branded “emo” over the years, starting with his band Cursive and even on his pseudo-solo project, The Good Life. This continues as he moves into his 100% solo career as well. This is a man who writes songs that parallel his life, all told through his halting croak of a voice. There are no grandiose proclamations, no tunes about saving the world and very little in the way of inclusion of the outside world at all. It’s very insular, almost claustrophobic. It’s like a Raymond Carver story with just a little tinge of humility and a pinpoint of positivity (that is usually soon snuffed).

This particular album, No Resolution, is, like its title, a little more ambiguous than some of his prior albums. I suppose I could interpret it in all sorts of ways. But, based on his current marriage to former LA Weekly editor, Gwynedd Stuart, it would seem that things should be and are lovely, but you gotta let Kasher be Kasher. Which means that even in happiness there is the nagging doubt that there is something on the other side of that happiness just waiting to gobble him up. But if he searches and searches for the negative, but can’t find it? Well, maybe there’s just no resolution (get it?), and he’ll have to go on living this life. Of course, there’s lots of mention about babies and whatnot, which Kasher most definitely doesn’t have… So, what gives?

Oh! This is a soundtrack to a movie written and directed by Kasher, also called No Resolution. Which adds a bit of a wrinkle to the whole album thing — and also to the whole review. Because maybe Tim isn’t writing about Tim here, but rather his character, Cary, in his screenplay. Cary, who is a… struggling musician with a relationship on the rocks. Okay, I’m sure it’s not in any way autobiographical. But what it is is a lot all over the place. There are 15 tracks and not a whole lot of consistency. There are some little snippets, much too much orchestration and music that comes across as just a wee bit sappy. I mean, his music has always been quite divisive. Even the best of the Cursive discog can be challenging and not overly relistenable. His is not music you’re generally going to put on repeat, as it can be exhausting. You’re not going to put it on at a dinner party, because it hits notes that literally ruin appetites. That all said, I reach back to everything up to The Ugly Organ whenever I can — though in the confines of my headphones where nobody else has to suffer along with me. This music isn’t so much brain and soul-rattling like the old stuff, but its genre-dodging slow and midtempo-ness makes it honestly pretty difficult to say, “yeah, I really like this.” Unfortunately, with all the other music out there, I can imagine putting this one on the metaphorical shelf and revisiting it never.