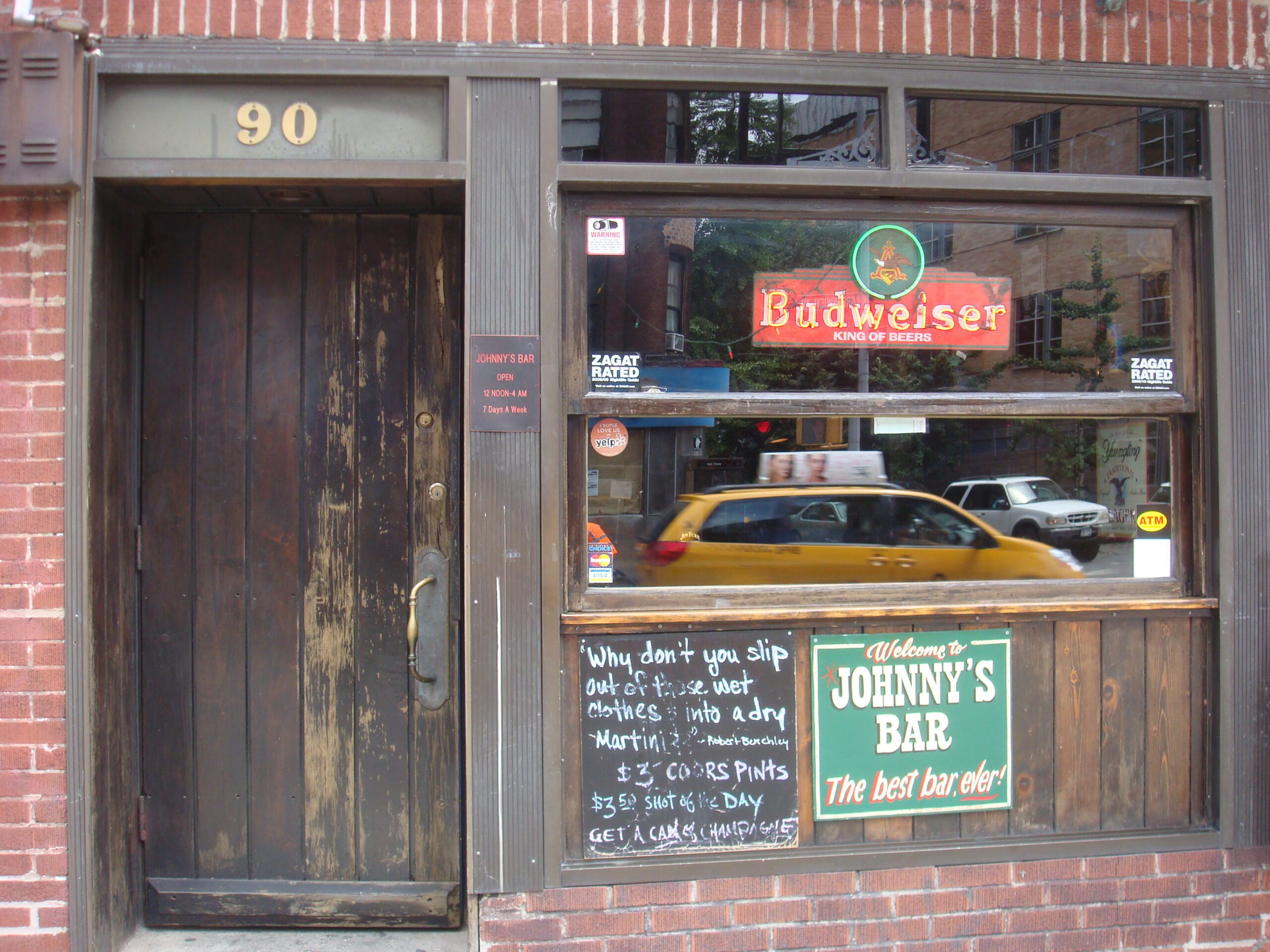 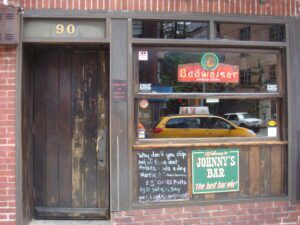 You never know in the West Village. I stood outside Johnny’s in the sweltering pre-noon heat deciding what and where I was walking into. It had a man’s name, but wasn’t The Tool Box or Waterworks or Magnum or anything. It looked like a dive, which would normally be my thang, but who trusts a dive in the West Village at eleven in the morning? Finally heat and an overwhelming need for a beer drove me through the door–potential awkward social situation be damned. Not only did they turn out to be open (and as divey as anyone could ever hope to be), the bartender had a smile going and ice-cold beer on tap. I 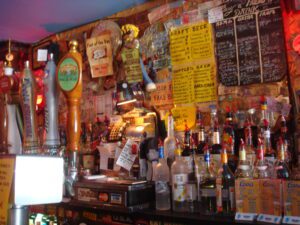 sat luxuriating in the air conditioner and soaking the place in. That took all of about 3.5 seconds. I mean the place looks tiny on the outside, but the inside space itself could house about five people on one side of the bar and one to two others on the bartender side before quickly becoming the E train at rush hour. A couple minutes into my imbibing two FotBs (friends of the bartender) came in, pushing us quickly towards maximum capacity. They kibitzed about work and stuff (he purported to be a bicycle courier, I think, though he didn’t seem to be couriering anything ,and the other guy may have been his brother–or just his “brother”) and the bartender bantered with them while some guy who I assume was the owner or manager hauled booze around in front of the nasty little bathroom. The bar mirror and its surroundings were covered with notes and coasters and general nick knacks from top to bottom, and the place itself has a throwback dive feel that can only exist in NYC. The whole thing reminded me of a Replacements song for some reason. Not one song in particular, just that overarching “life wasted” theme. Rumor has it some celebs slum it here (but where ever would their entourages sit!?) but I have trouble imagining that. [MF]