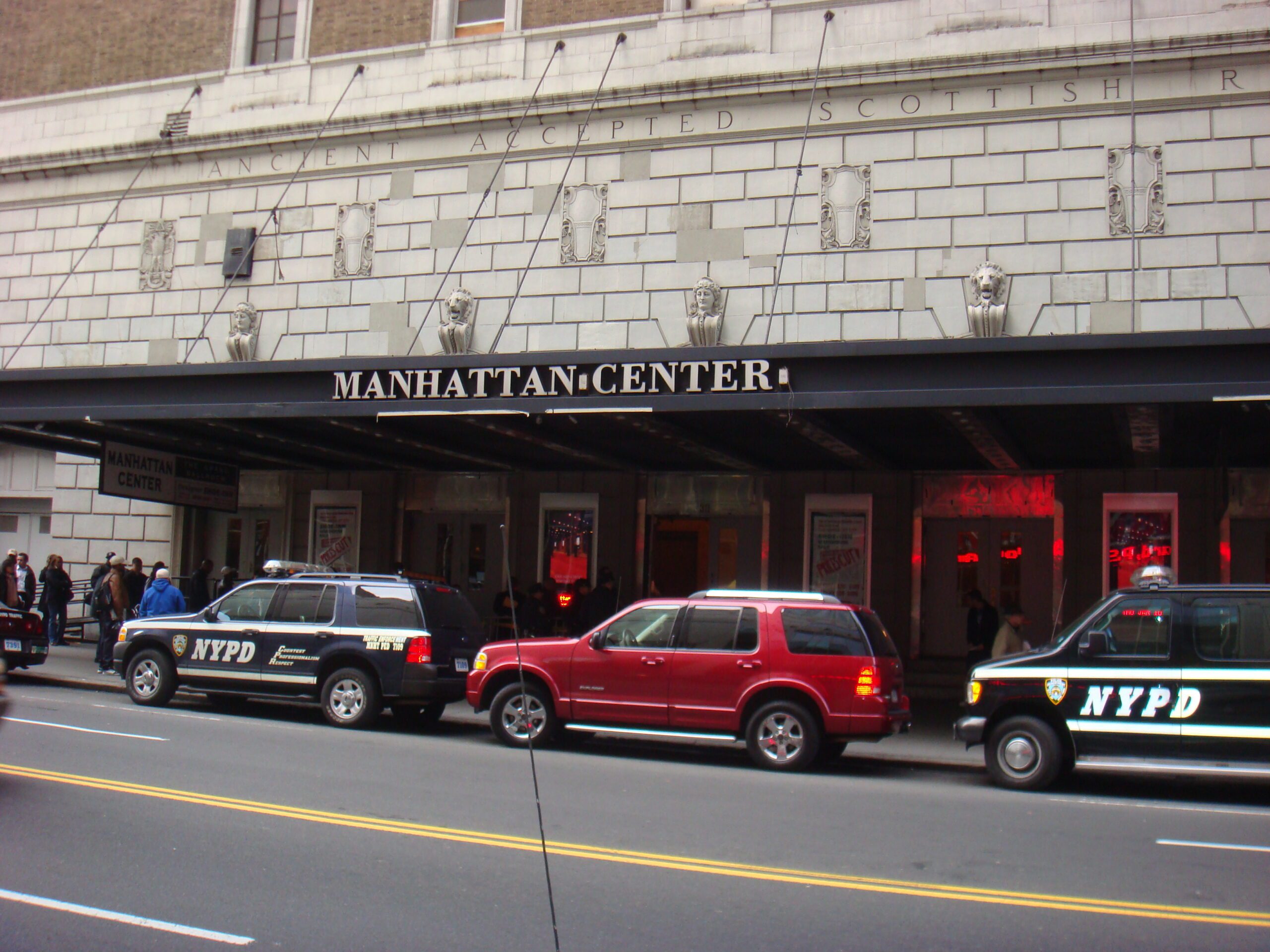 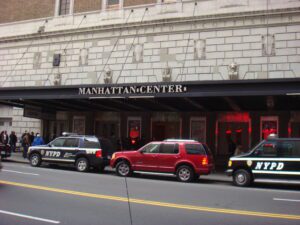 It took me quite a while to get to a show here. It turns out that my first show was a special one—if you’re into that kind of thing. As part of a work event, we got a small, intimate concert with Bon Jovi as a kind of preview for their Bounce album. Now, I’m no Jersey rocker. I thought Slippery When Wet was a Faster Pussycat album, and I couldn’t name more than three of BJ’s band members—and that’s only because I worked on their Website. Anyway, it was still pretty cool seeing them up close and personal in one of the venue’s smaller side rooms. I almost swooned, I suppose. And, dude, can I just tell you how small those guys are? I almost stepped on Tico Torres as I went to get my fifteenth free beer of the night. My first official event at Hammerstein came in the form of the Pixies reunion tour. The main ballroom itself is pretty damn cool, with a vaulted ceiling and fancy lights and all sorts of character (something you wouldn’t expect from its drab exterior). The sound system also seemed top-notch, as the Pixies totally rocked the place. It’s a bit large for my taste, but it’s not as if the most popular alternative act of the 80s/90s was going to play the Knitting Room or something. Beers were predictably expensive, although seemingly easy to get. I did see Tim Harrington of Les Savy Fav at the show, and one of my early musical idols, David Byrne, in some sort of community service roadside pickup jumpsuit. I snapped a picture of him with my crappy cellphone just as he glowered at me from the VIP section. Who knows if I’ll ever go back to this joint, but I had my retro moment in the sun, and for the first time in quite a while wasn’t the oldest dude in joint. [MF]