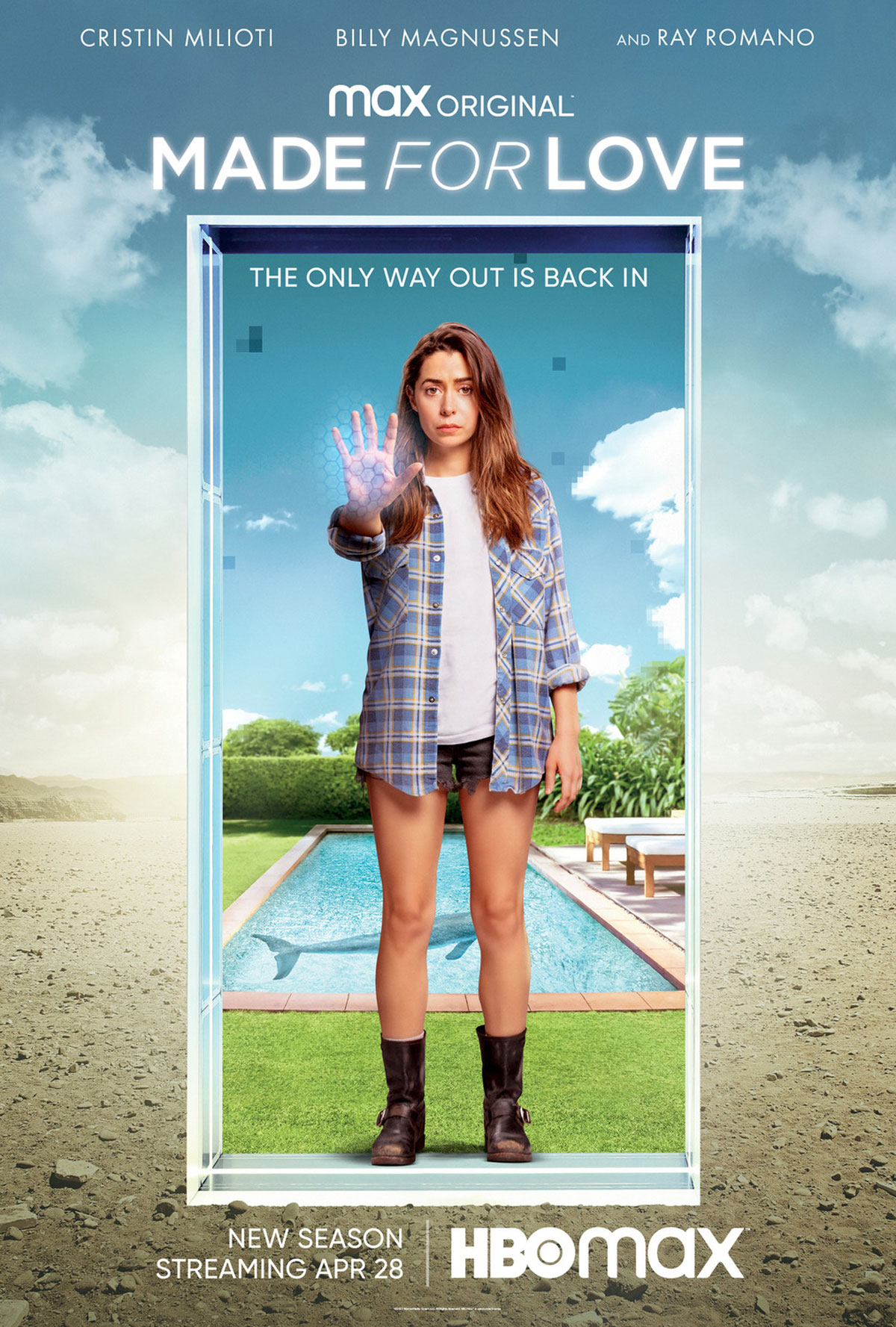 Made for Love: Season 2

You ever watch a show that feels like it’s run its course after one season? I mean the kind that isn’t meant to be a “limited series?” Like they wrap up season one, and you think to yourself, “I’ve seen juuuuust enough of this. I’m satisfied. But any more might just be too much?” Well, Made for Love is that. I finished Season One and said to myself, “Self, that was a decent-ish eight episodes of television. I like Cristin Milioti a lot, but I’m pretty sure I’ve hit my limit on this concept.” In fact, looking back, I kind of said as much in my review. Or at least said that if they brought it back, they’d need to expand beyond the very insular world that they’d built in the first go ’round. They did not follow my advice, and seemed to somehow make the show seem even more claustrophobic and intentionally small.

Which, of course, is part of the point. As Hazel (Milioti) tries to escape the artificial world of her husband and reclusive tech billionaire, Byron Gogol (Magnussen). But this time Byron has an ace up sleeve to make her stick around his holographic desert compound. He is putting his billions to work to help cure Hazel’s father, Herbert (Ray Romano). She leaves, his cancer treatments stop and he dies. Then there is a whole thing with an FBI informant infiltrating the secretive Hub (the aforementioned desert facility), some plot that involves Byron uploading his and Hazel’s consciousness to a computer in order to make her fall in love with him again, dolphin sex… Yes, dolphin sex. Well, almost dolphin sex. And a tiny Paula Abdul in a jar. It’s all kind of amusing on its own. But as a show, it feels fragmented and repetitive all at the same time.

In season one there was this tension. Would Hazel escape the Hub? And then would she escape the prying eyes of a man who put a chip in her head and owns the largest tech company in the world, with access to all sorts of ways to spy on her and keep tabs on her location? This season, all of that shifts into neutral, as Hazel is stuck with Byron, but is able to act out by doing things like smearing bologna (or some sort of deli product) on his glass sliding door. He’s a neat-freak, germaphobe, so that really gets him! This season feels more like a bridge to some sort of final season where the power dynamic has changed and a lot of what season two spends setting up pays off. I’m not exactly sure that was the plan — or if I’d go on to be interested in it — but that clearly seemed like the intention. Issue is that, again, there won’t be that third set of episodes to delve into what it looks like when Hazel turns the tables and essentially becomes Jeff Bezos. Or Elon Musk. Or whatever clueless, but brilliant, narcissistic douchenozzle the show’s writers based Byron Gogol on.

I’m trying to think if it’s worth watching season one if you know you then have a second season beckoning. Knowing, of course, that the story ends rather abruptly on a cliffhanger that nobody will ever see. Or even if you could watch the first season and just walk away satisfied that you’ve gotten to spend a season hanging with Milioti’s excellent Nermal face. I’d say, sure. Watch the first season as a backgrounder and call it a day. Because season two — if you for whatever reason like it enough — will only leave you with a serious case of Magnussen balls.