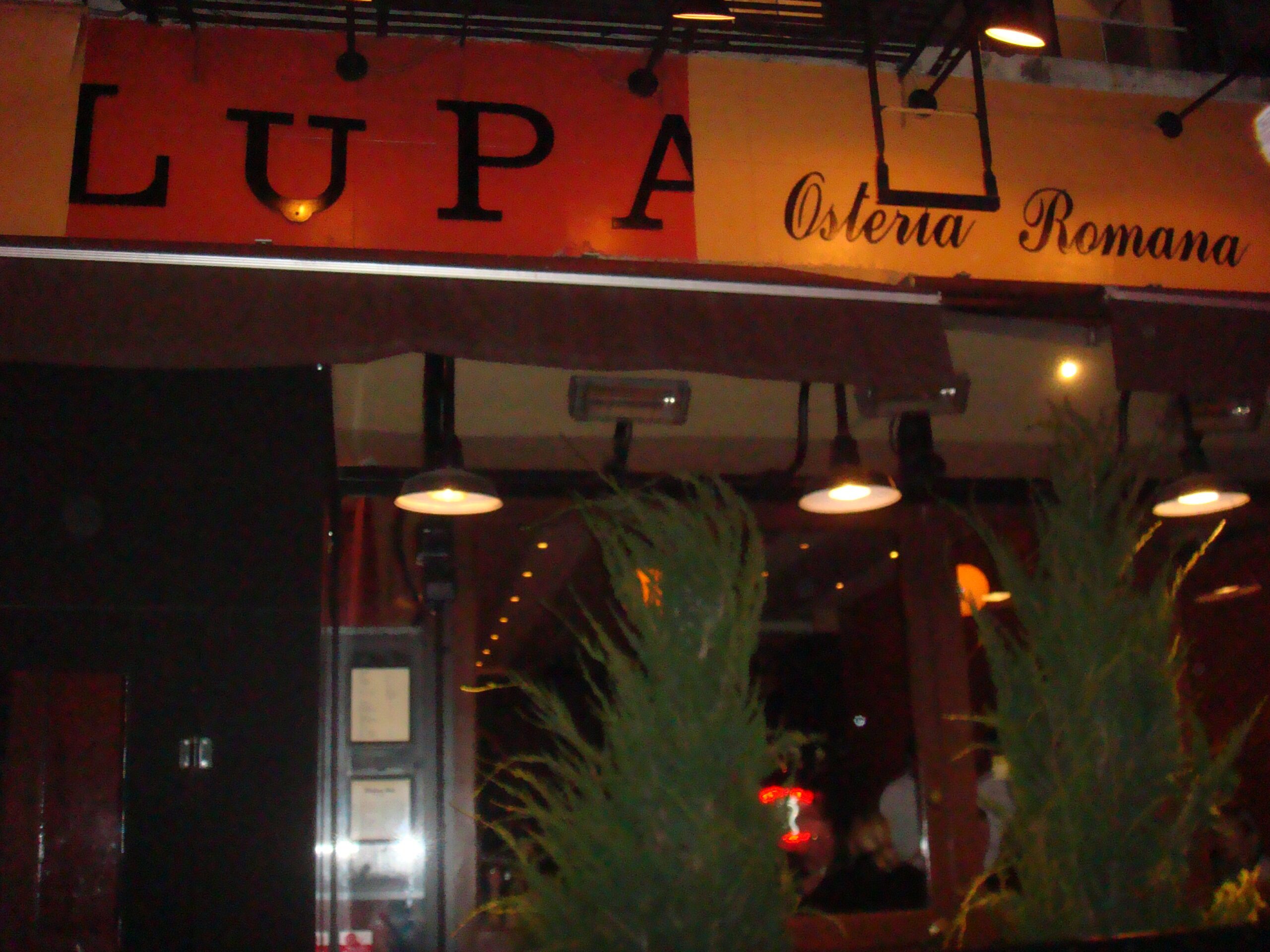 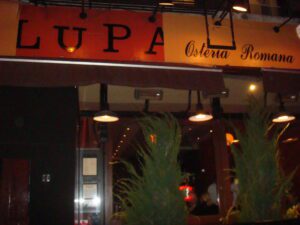 Expectations are a bitch. Not that I knew exactly what to expect from the red-headed fat dude with the ponytail who loves to serve organ meat and weird sea creatures form the coast of Italy. Lupa is a little less funky, but is fancy-pants and unique nonetheless. My expectations, while completely made up in my own head, were that I’d be served some incredible homemade Italian comfort food with modern flair. I gotta say, though, that growing up in California, Italian food to me was pizza and the occasional brick of lasagna. The Italians apparently got as far as Chicago and decided to screw the rest of the country by sending us the California equivalent, which always included sun dried tomatoes, over-done pasta and little to no seasoning. After all, California is the place where cheeseless pizza was dreamt up. So my idea of Italian food, even to this day is pretty limited. When I close my eyes and imagine what I would have on my plate, I envision warm raviolis and cheese and garlic and bread and carbs and carbs and carbs. But what I found at Lupa was cold tuna chunks with white beans, ricotta gnocchi with some crumbled sausage (which violates my cute or smart policy) and some kind of sea bass or something for my entree. While all of it was decent, it just wasn’t what I thought I was going to get. So if I had gone there with the idea of this menu in my head, I probably would have been perfectly happy, but instead I walked away a little disappointed. It would be like going to a place with a Spanish name expecting to get an awesome burrito and a margarita, only to walk in to find it’s a tapas joint. I’m not going to hunt down Batali and demand my money back or anything, but I might temper my excitement somewhat the next time I plan to spend an evening in one of his restaurants–or at least will check the menu online first. So sorry, Jas, I suck. [MF]