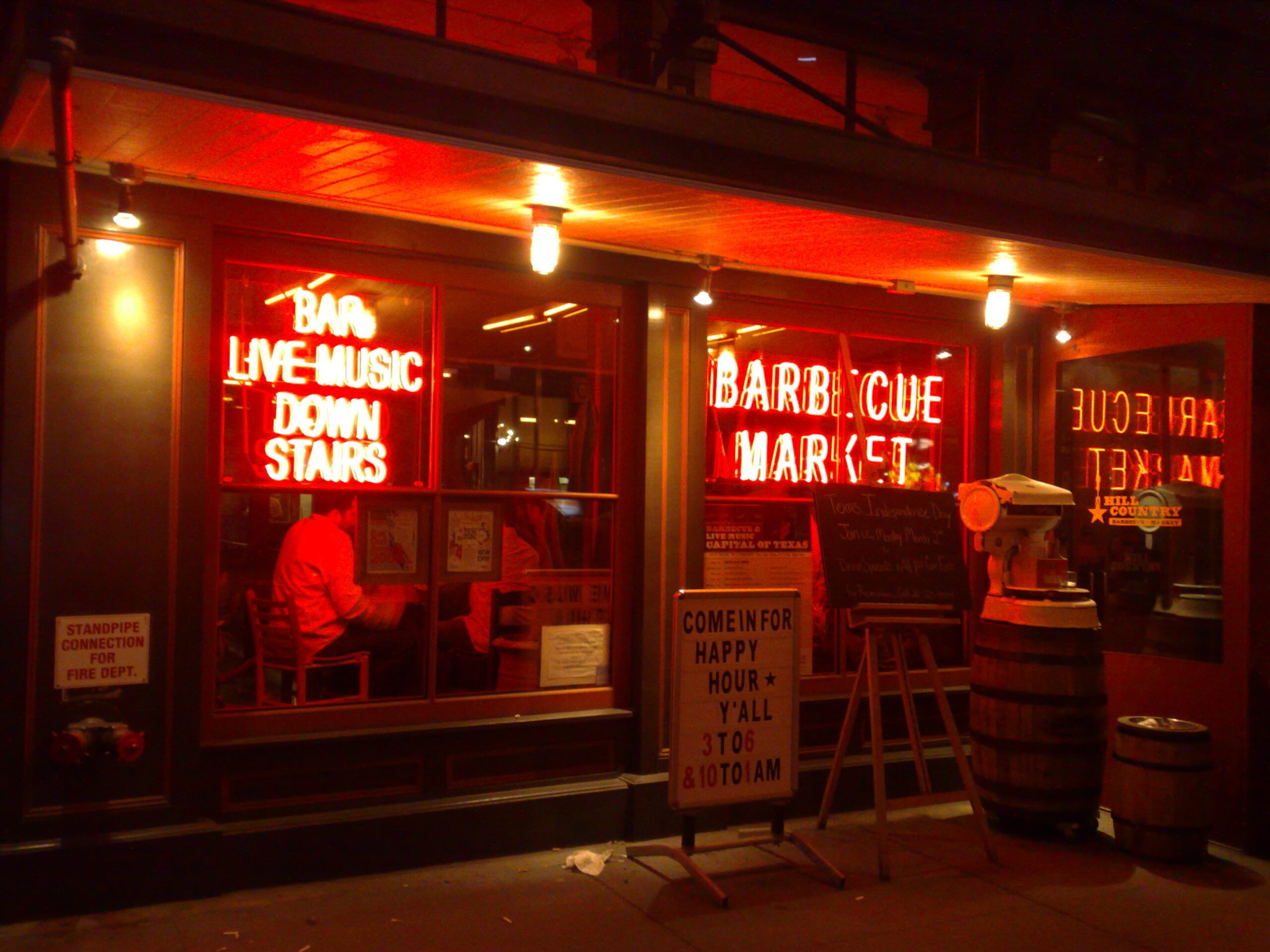 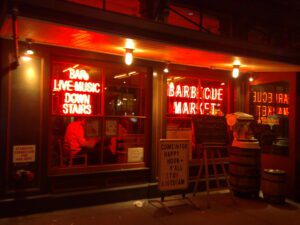 This is like the Katz’s Deli of barbecue places, and it’s not just the brisket that makes it so. Wait your turn with your Chilis-like beeper, and once you’re beeped get in line with a bunch of young Japanese tourists, locals getting some take-out and a bunch of other folks with beers in their hands to order up your slabs of meat. Order the stuff by weight and watch your butchery counter help chop and slap and chuck your beef and pork into paper wrappers. Move over and order a gallon or two of sides and retire to your pre-ordained table for a rockin’ good time. I ordered the giant short rib, which ran me quite a bit of cash, as it’s some sort of special, but the others in my party ordered a quarter pound of this and a quarter pound of that (ribs and brisket mostly) and didn’t quite drop as much coin as I did. My short rib was literally like something Bam Bam might have gnawed on, big and beefy and dino-leg-like. While it wasn’t as soft and melty like most short rib I’m used to, the meat was tender and tasty. The best part of the meal, though, was the sides (as it almost always is at bbq joints). The combination of the mac ‘n’ cheese and sweet potatoes was like a tasty fat bomb dropped on the foothills of my mizouth. The sweet and the salty and the smooth and the creamy was unbelievably delicious. The beans, on the other hand, were absolutely hideous. Eh, you can’t win them all. Although, honestly, the food is almost secondary at this place, as it just feels like drunkenness (on both food and a steady stream of beers) is kind of a must. The volume level speaks, well, volumes about the good time that everyone is having–present company included. And, like Katz’s, once you’re done stuffing your face, it’s time to take your ticket (most likely smeared with meat blood, sauce and cheese) to the front to pay up. Our bill came to about $90 for two of us (with only one of us drinking), although it could have been cheaper had I not been talked into the pricey short rib by the dude in the bloody apron and the “just order it you little douche” smirk on his face. [MF]