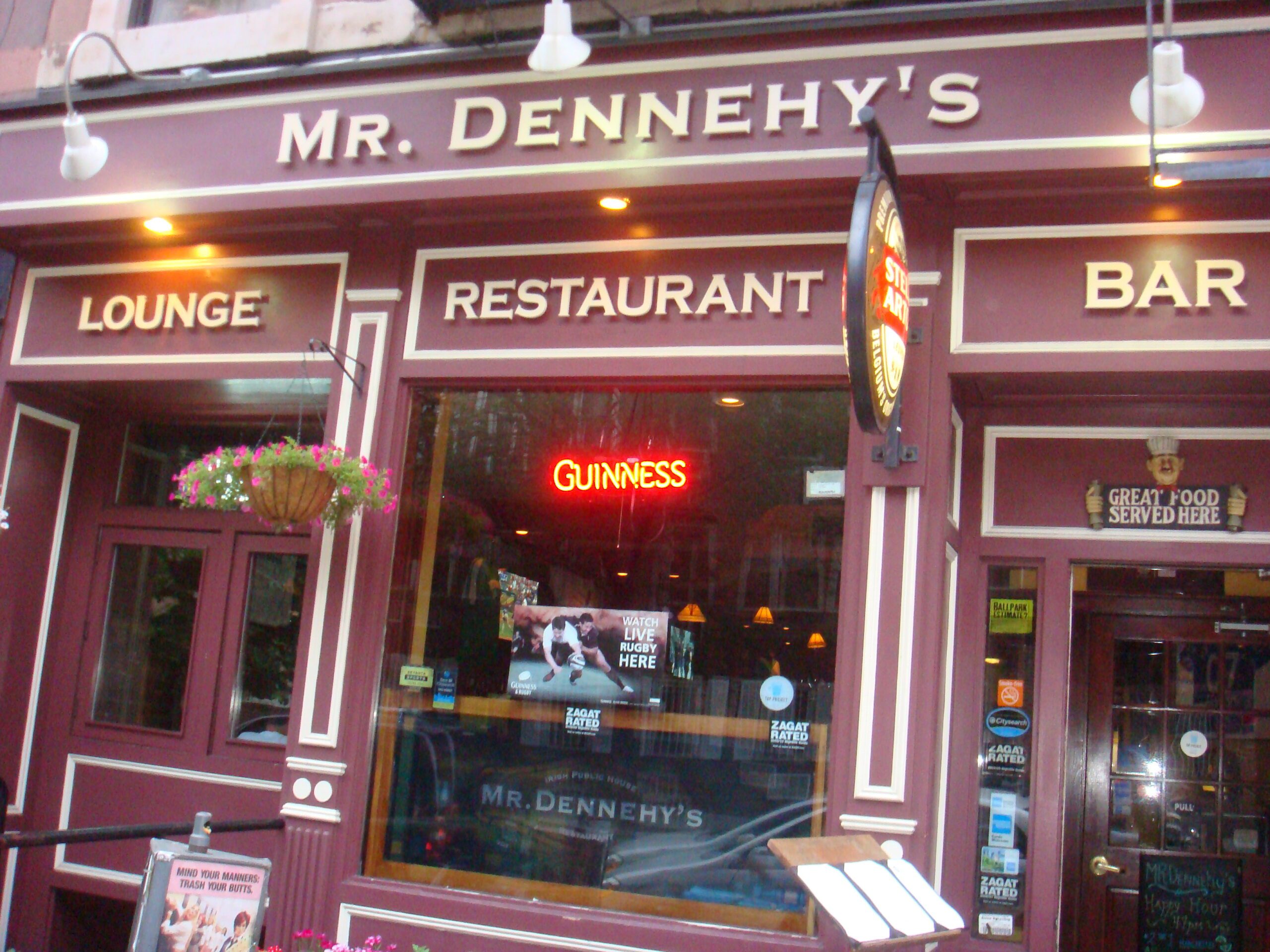 So I was drunkenly wandering in the West Village with a group of friends who decided they wanted to watch the Belmont Stakes. And while Mr. Dennehy’s wasn’t an intended target of our equine fascination, the plethora of flat screens dotting the walls proved to be a perfectly lovely place to watch a bunch of small men on large animals run around in a circle for a minute and a half. Granted my memory of the somewhat unmemorable Irish joint is bolstered by my completely random bet placed against a pool of money on the eventual winner of the Stakes, Drosselmeyer. That left me to pay for beers (it was just a friendly bet, after all, and a complete laughable anomaly winning at 13-1) at the schmutzed up bar, which was plastered with everything from guitars to Irish flags to skeletons and football jerseys. It said to me: “we really want to be a classic Irish pub, but we’re in the Village, so we need a touch of dyi nonsense to make us not seem too corporate.” But I know about as much about bar decor as I do about thoroughbreds. The bar was serviceable as a pub, serving Stella and the like, but completely unremarkable as anything other than a relatively comfortable joint in which to watch a sporting event in a neighborhood with a dearth of bars in which to watch men play with balls. Er… [MF]