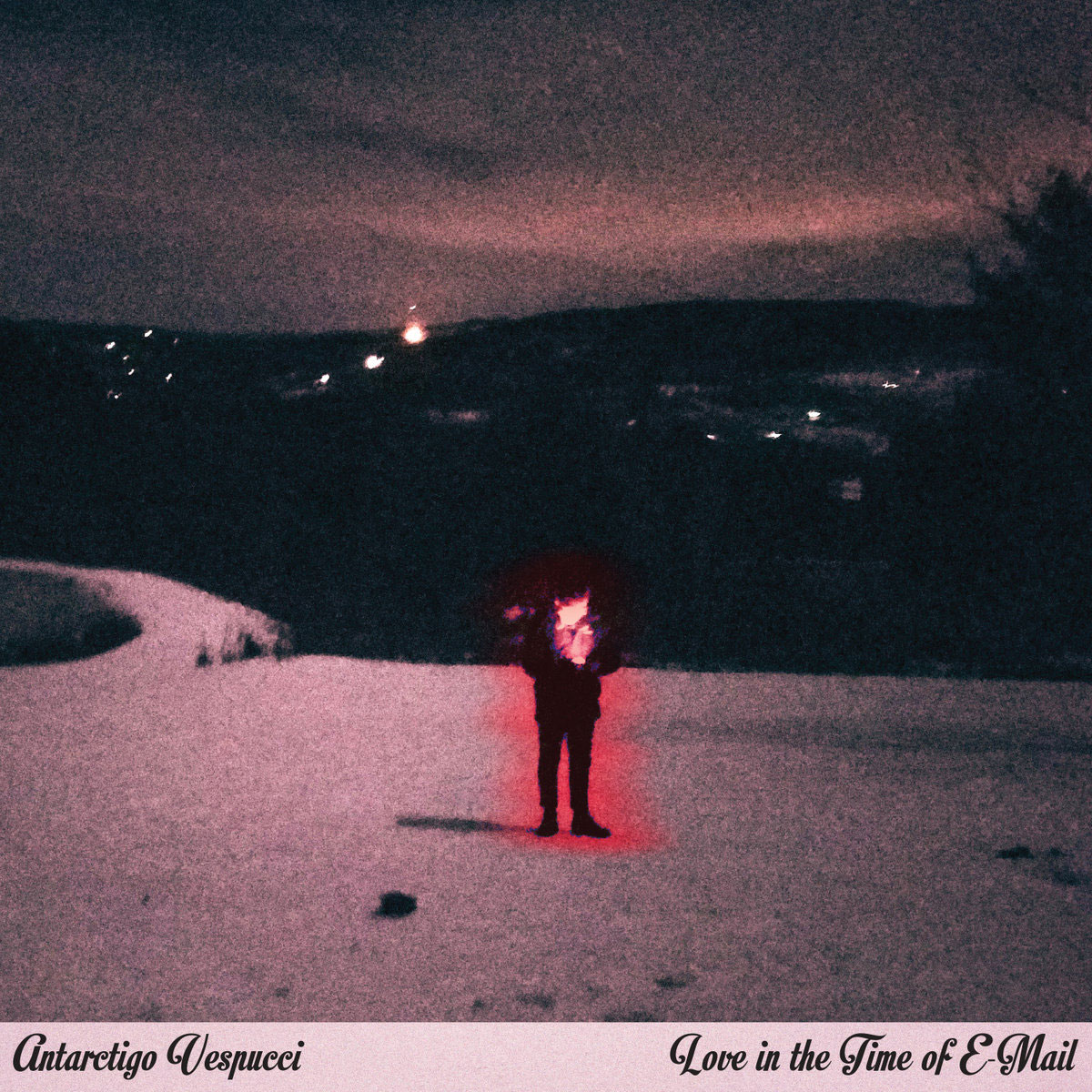 Antarctigo Vespucci: Love in the Time of E-Mail

From note one I swear I thought this was a Daniel Johnston album. Not the least of which that leader singer, Chris Farren’s, voice sounds like a mashup of Johnston and Ben Gibbard of Death Cab for Cutie. Which, honestly, ends up sounding a whole hell of a lot like Nicholas Thornburn of The Unicorns / Islands / Nick Diamonds fame. In fact, the music switches pretty dramatically from more of a homegrown intro track to pop weirdness that is not at all unlike The Unicorns or bands of that ilk. Though, it turns out there are absolutely no Canadians in this band (Thornburn being from the Great White North), but is, in fact, made up of one New Yorker and one Floridian, the former being Jeff Rosenstock whose excellent 2018 album, POST-, made my top albums of the year list. The second dude is the aforementioned Chris Farren. I’ve never heard of him, but apparently he’s a weird punk dude who just kind of does his thing. Not unlike Rosentstock, I suppose.

Farren looks to take most of the vocal leads with Rosenstock doing the “harmonies” and background yelling and group singing when appropriate. It’s just as well, as Farren looks like a mustachioed Williamsburg hipster and Rosenstock looks like the dude who wears cutoffs to the county pool. I’ve watched a bunch of live videos and the dude literally wears nothing but jorts. He makes for a weird frontman, but this is a weird band. Even the band name, Antarctigo Vespucci, is a strange play on the name Amerigo Vespucci, the dude who kind of figured out North and South America were two different things and whose name we’ve taken for our land masses. I think the band’s name is like some fictional dude who discovered Antarctica, maybe? All I know is that it’s practically unpronounceable, which seems like a bad move if you want your music to spread by word of mouth. Because it’s super-entertaining stuff and should garner a larger audience than it most likely does.

The album itself has pretty smooth production, with lots of Get Up Kids keyboard flourishes, those chimes that Max Weinberg loves and even hand claps that make it sound quite a bit less “punk” than it does in the live versions of the songs. Some of the tracks, like “Breathless on DVD” are practically Weezer bubblegum. And, honestly, that’s not such a bad thing. It’s a loose concept album about relationships suffering in the age of technology, but it’s goofy enough that it’s not overly-earnest or emo in its approach. It’s not all deep like what I assume is its literary namesake, Love in the Time of Cholera. There are definitely times where I wish there was a little more grit in the music, a little less perfection (maybe pump up Rosenstock’s less-than-perfect yowl), but it’s definitely a choice to veer more into the pop genre than taking it punk. And I respect that. The tune, “Freakin U Out,” is one of the more slapping songs in the tracklist, making it an interesting choice to highlight in their first music video from the album. It feels not completely unlike some of Rosenstock’s solo stuff, but takes the pop lead from the rest of the record. It’s a grower and deserves your love — even in the time of e-mail.