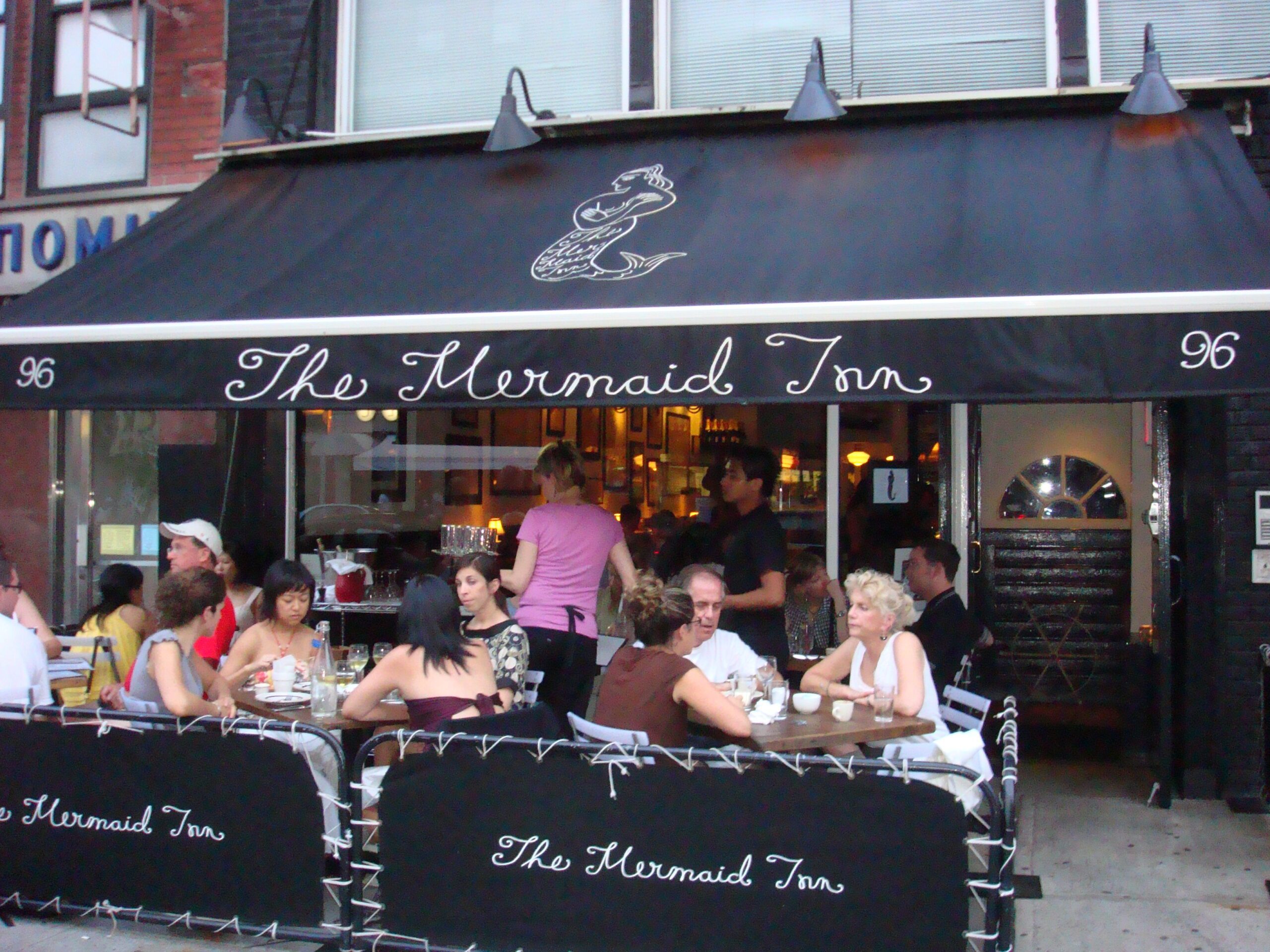 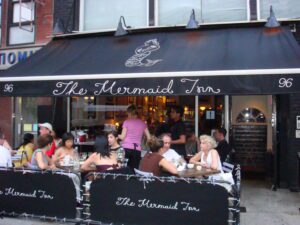 Uh, sir, there’s a female form with a fish tale dangling her womanparts in my soup! Yeah, the waiter didn’t think it was funny either. I wondered aloud if it was because he had heard it one too many times, or if it was the word “womanparts” that he took issue with. Whatever the case, he suddenly became stingy with the specials, only giving up one measly appetizer special, and not a single main course selection. Was this place really such a neighborhood joint that regulars had their regular, and needed nothing beyond that? It seemed unlikely, but I went with it. It wasn’t as if the main menu was extensive either, offering a handful of apps and several entrees that would send a landlubber into omega-3 fatty acid shock. I settled on some mussels to start and a mahi mahi main. The mussels didn’t start me off well. Briny and tasting a bit of throatback, I couldn’t help but be worried about the rest of my meal. To my surprise and delight, the fish was prepared very well, the chive and onion mash potatoes were deeeelicious, and the old bay fries were some of the best I’ve ever had. All of this was served in what could only be described as an awkward, temporary-feeling space. It was probably an outdoor patio at some point, but has been given that contractor special treatment, and incorporated very little adornment or flair. Sure, it was dry and warm, but they didn’t need to go so far to imitate one of those roadside Cape Cod fish joints (intentional or not). Maybe the next time we’re in the mood to go to somebody else’s neighborhood to eat tasty fish at their neighborhood restaurant we’ll try out the main dining room, skip the mollusks and tip the waiter to smile at my lame attempts at humor. [MF]