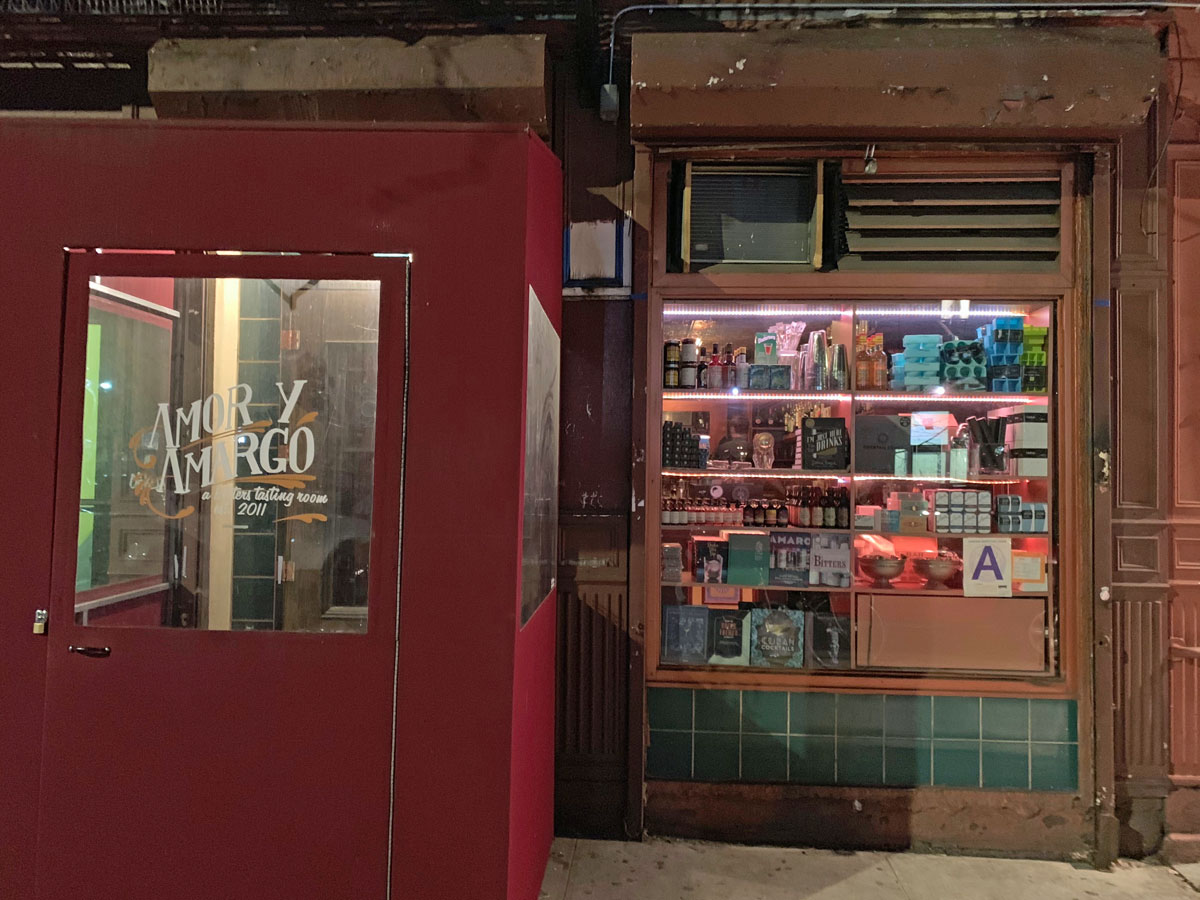 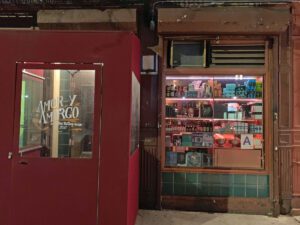 Being a bar in NYC must be tough. First, there are like a million of them. Second, even when you think you have some sort of unique take on a bar, there are probably seven other bars with the same idea either open or about to open. All I’m sayin’ is that it’s a crowded field filled with a million nondescript joints that are each shadowed by 27 indistinct doppelgängers. There are always exceptions to every rule, of course, and Amor y Amargo and their self-described “bitters tasing room” classification is one-of-a-kind as far I know.

And who doesn’t love bitters? Well, I mean there are probably plenty of folks out there who are not on the bitters bandwagon, but that’s just because they don’t know any better. That said, I own one total bottle of bitters in my home arsenal and I assume they’re the most common type: Angostura bitters. I couldn’t tell you what the hell makes bitters bitters other than they come in a small bottle, seemingly last forever and you’re not supposed to put more than a couple shakes in your Manhattans. So the fact that there’s a whole establishment based on this mysterious liquid really piqued my interest. I’m always up for learning!

Walking into Amor y Amargo, you’d think you hit the spice lottery. It’s a tiny, little place. Like the size of your average East Village apartment living room or midtown office of your typical Junior Vice President. But, with its small, but intimate, white penny-tile bar, low-ish pressed tin ceiling and hand-drawn signs, it feels like you’ve stumbled into somewhere out of another time. It also has the bizarre feel of one of those old, overstuffed bodegas that carries only off-brand merch and always has a long-haired cat lounging in the front window. But instead of cleaning fluid and laundry detergent, there is bottle after bottle on the crowded shelves of colorful alcohol, most of which I’ve never heard of. And bitters, of course. Lines of bitters of all manner, including what I imagine to be some seriously funky stuff.

Our bartender on this particular evening was just this side of twelve. But he was clearly a trained boozesmith. From what I understand, most of their drinks start with a base of a Manhattan, Old Fashioned or a Negroni. There are some other fancy things on their recommended menu, but I don’t know what half of them are. I went boring, starting off with a Manhattan. It was delicious. And then, for my follow-up, I got a campfire Old Fashioned. Which is basically your traditional OF, but with some habanero bitters and some peaty Scotch added. And, man, it was excellent. (You can see a [blurry] video of some dude from the bar making that exact drink below.) I drank my spirits in a typical rocks glass, but apparently you can do the prohibition thing and get your booze in a little glass bottle (which makes it awfully hard to make put ice on your drink.) Or maybe that’s only available to millennials?

I’m hoping that this tasting room type establishment doesn’t catch on, as these little unique neighborhood joints are the kind we always love to find. If you’re up for a mellow time with good booze and pleasant people in a very cozy space, you couldn’t really do much better than Love and Bitter (though it feels like it should be the plural “Bitters,” but what do I know?)