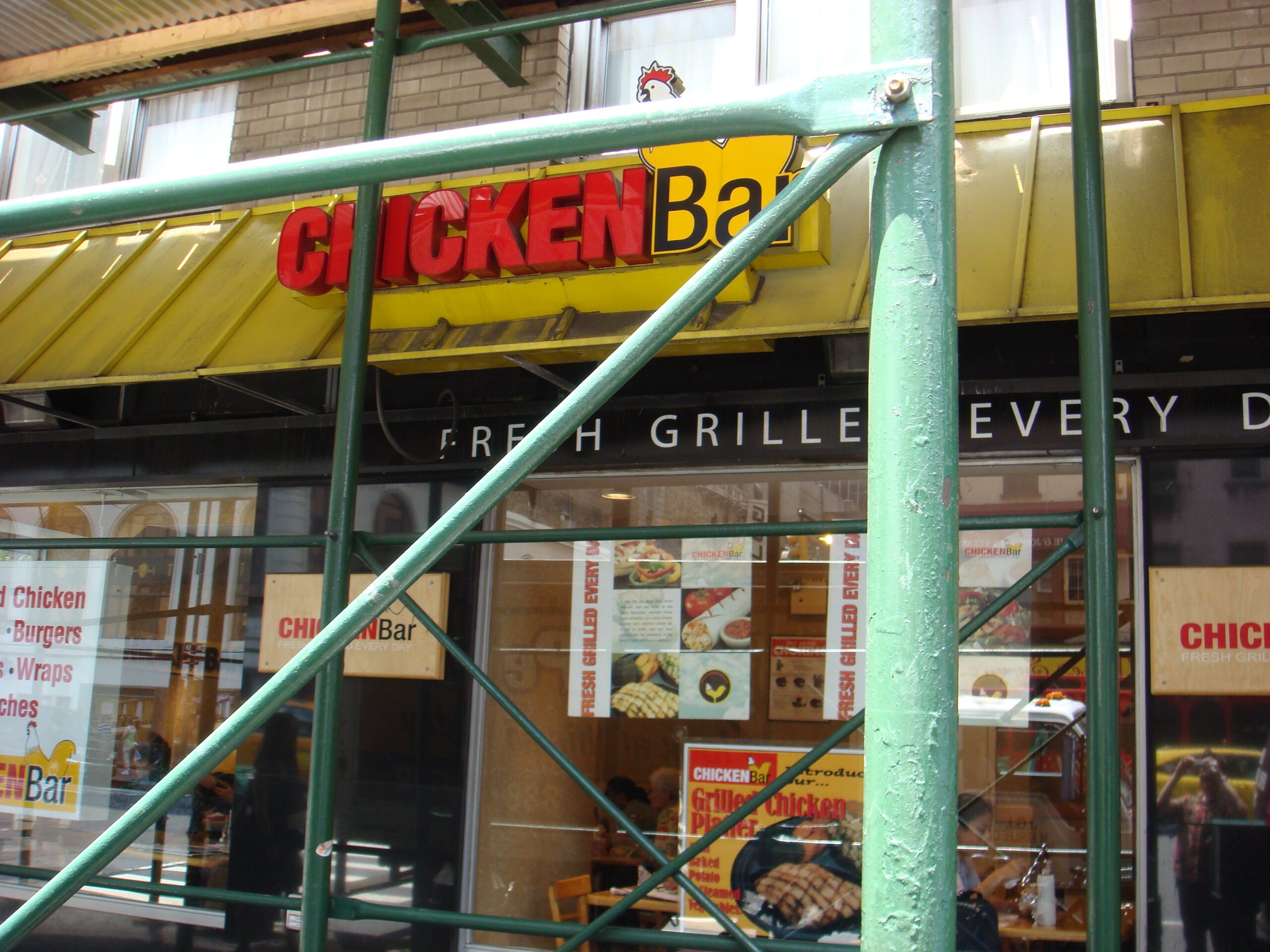 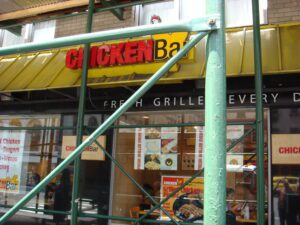 One of the biggest mysteries in the grand pantheon of the Manhattan culinary history is the untimely and swift collapse of the Ranch 1 chain of restaurants. You’d think the company was perfectly positioned, what with the public’s unebbing appetite for “healthy” fast food and protein in general. But now that chain had been relegated to sharing oddball spaces with Syrian delis and Puerto Rican bodegas. In one of Ranch 1’s old spaces comes Chicken Bar. And the similarities are eerie. I mean this place didn’t even bother changing the signage, color scheme, or the menu. My head almost exploded when I got my food, and it looked, smelled and tasted exactly like Ranch 1. What the hell is going on here? I mean the sauces were identical but packaged differently, the bun of the chicken sandwich was the same, but didn’t have sesame seeds and the signature fries were the same exact great, skin-on potato goodies, but less plentiful. I almost walked up to the front counter and called the freaks out by tossing my order at them and yelling and screaming, but decided getting arrested over a chicken sandwich wasn’t worth it. Some subsequent snooping on NYC food blogs has revealed that some of the Ranch 1 franchises were released from their corporate contracts and decided to soldier on as Chicken Bar, while others closed outright. Now I’m no lawyer (although I did have a mediocre score on the LSAT some years back), but it seems to me that there has to be some sort of copyright infraction here. If I were a blind, or even slightly myopic, person, there’s no way I would be able to tell that there was any difference in this restaurant’s storied past and its new incarnation. But, look, I ain’t complaining, because as far as I’m concerned, the more Ranch 1’s the better. [MF]