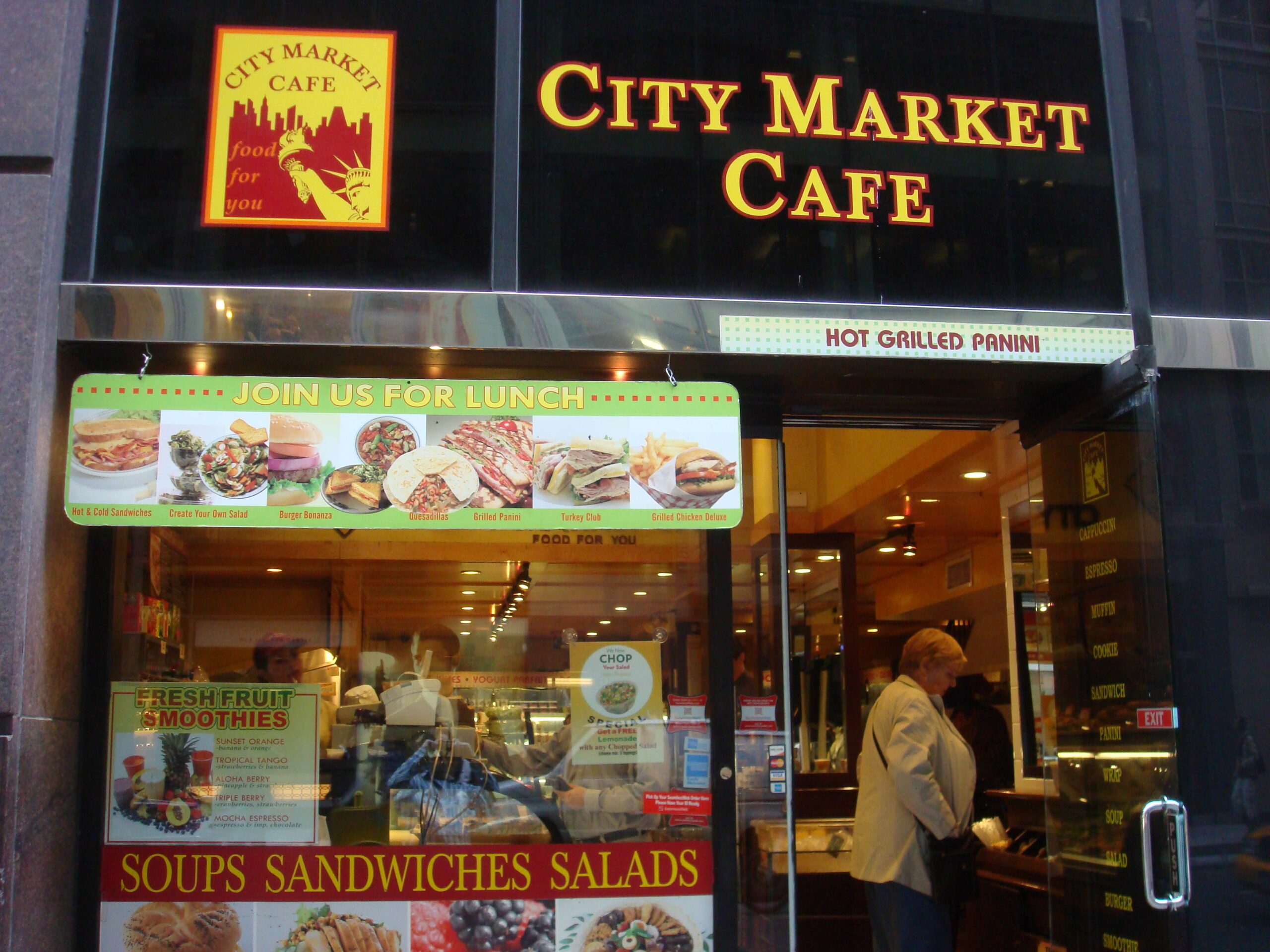 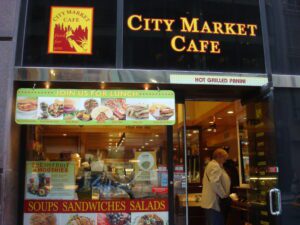 This is the first joint I went to after moving to my new work digs at 55th and Madison. It was fast. It was convenient… and it was, uh, close. Would I ever choose to eat in this hole were it not steps from my office? Not unless I had the urge to chow down on some sad grub that looks like the left over paninis from larger, brighter establishments. And you’d figure that the general lack of cleanliness and cramped accommodations would mean cheaper prices, but the cost of a sandwich and drink still hovers in the ridiculously high $9 range. Maybe it’s because they have their own local celebrity, D.L. Hughley, whom I’ve seen in there on several occasions. Of course I’ve been known to misidentify celebs before, so he could just be like a Culligan man who happens to resemble one of the more recognizable comics out there. Or maybe because there’s a total dearth of food joints in this ‘hood, even he has to stoop to this level after visiting the gym or cigar bar or whatever it is rich people without day jobs do in the middle of the afternoon. Whatever the case, this place has now become nothing more than a bodega in which I stop to get a Diet Dr. Pepper or Coke Zero on my way back to the office from the street meat vendor on the corner. [MF]