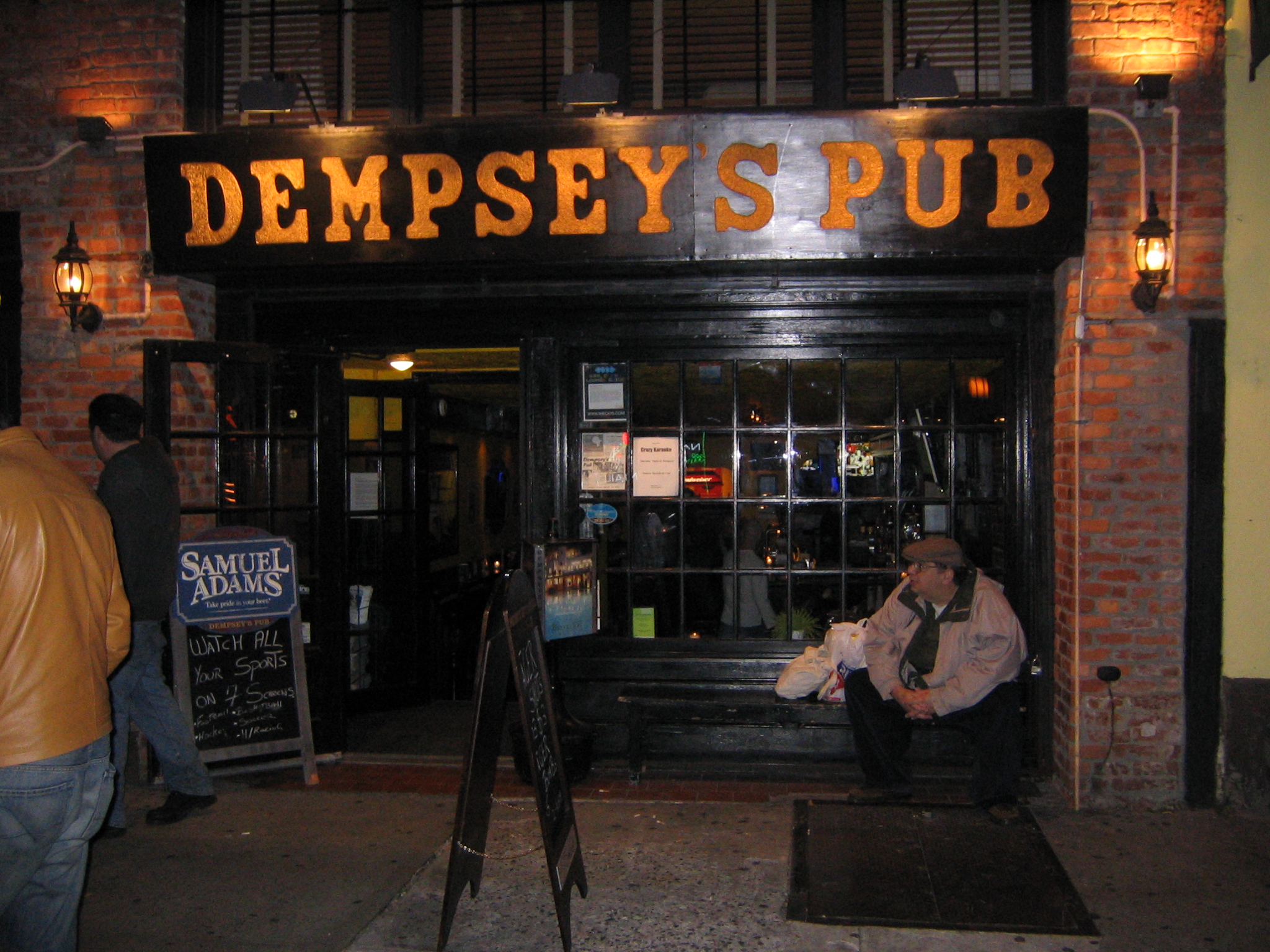 We thought we were being bright when we stopped by Dempsey’s for some pub grub before heading out to a birthday party at a lounge nearby. After all, reviews around the Web had good things to say, and we were in the mood for a burger or fish and chips. We walked into the well-worn pub and told the barmaid that we’d love something to eat. She replied, “Great, I’ll go get you the menus.” The plural didn’t throw us at first, as maybe they were so fancy that they had a dinner menu and a pub menu. Who knows? Anyway, we got our beers and then were handed what looked like an art school portfolio case. We looked at each other inquisitively and unzipped the thing to discover tens of menus for surrounding restaurants. We had somehow been duped into finding the only Irish pub in New York that didn’t serve food. The waitress was stunned when we confessed we thought they had a kitchen (which, apparently they had until recently), and she practically begged us to stay and order from one of the fine area joints. At that point we had built the idea of a burger up so much in our heads that it’s all we could think about, and knew that one beer was going to be it for the evening. During that one drink we observed an older crowd than expected–meaning that the folks might have actually been in their thirties–either lounging around chatting or playing a casual game of darts. It was relatively early, so the crowd was sparse, but I imagine the kind of classic, old pub space draws a mellow audience that likes Guinness better than spritzers and doesn’t mind that Dempsey’s glory days may have passed some time ago. [MF]