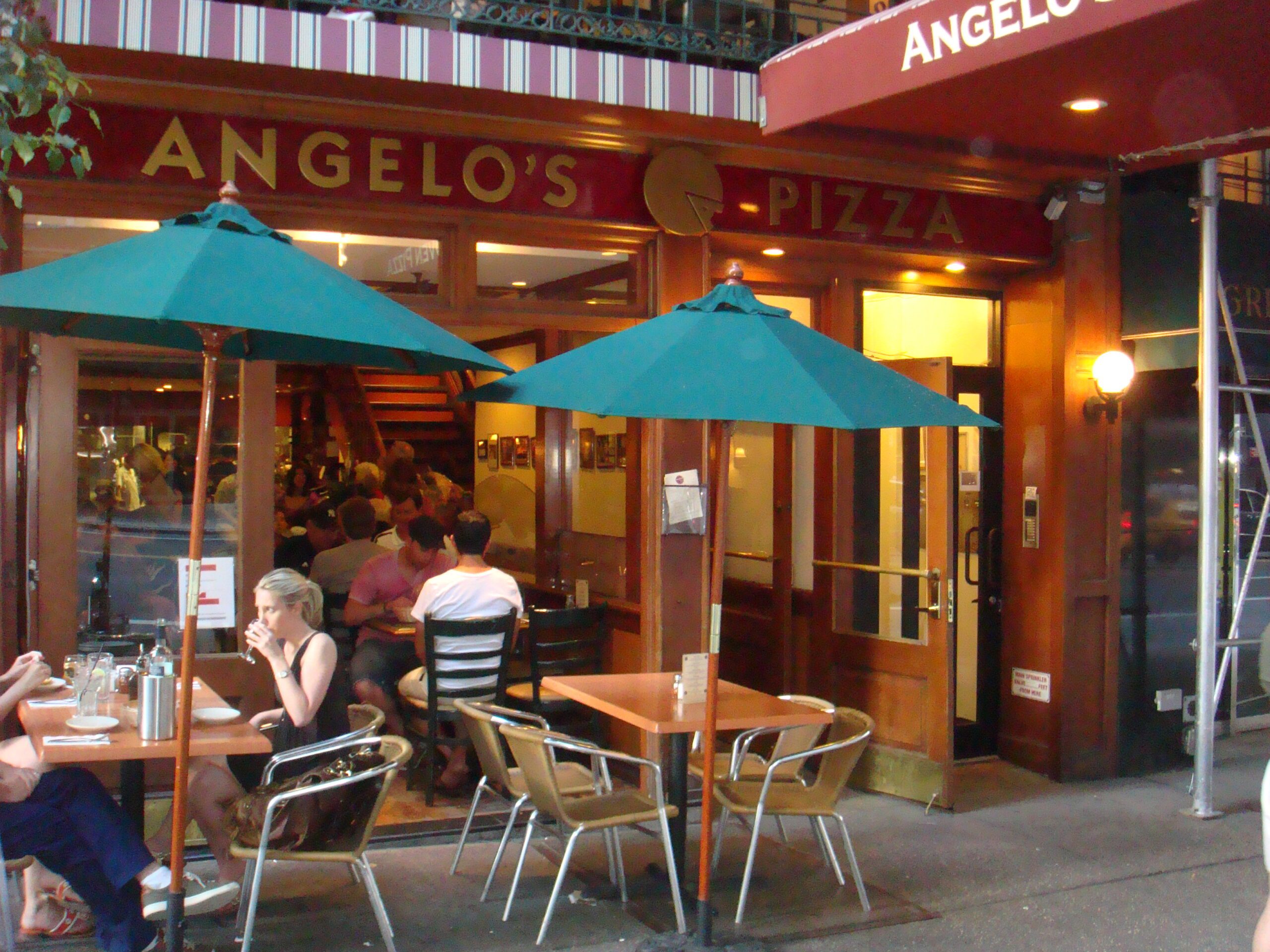 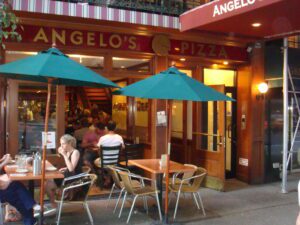 Brick oven pizza is like what I imagine crack is like to, well, a crack addict. I’ve honestly never had the balls to try the stuff (crack, not pizza), but if it’s anything like the savory goodness that is Angelo’s, I can see why certain economically disadvantaged neighborhoods in the 1980s were such a shitty wreck. Despite the addictive qualities, I still imagine Angelo’s thin crust tastes a whole hell of a lot better than baking soda and cocaine glued together with wax, but, again, thick, well-done peperoni might actually taste pretty damn good smoked through a glass pipe. Even set out on a ledge in the conference room at work, this pizza maintains its nice, salty char and tangy sauce. The restaurant itself I could take or leave, as it’s just oddly generic, overly bright and cold-feeling in a way a pizza place shouldn’t be. I guess that’s just a Midtown thing. The true test, though, is watching co-workers as they eye the few slices left in the open boxes during the meeting, drooling, but trying not to be the pig who eats the fourth slice. Definitely a crowd pleaser in a way that neither the usual pizza (nor crack) has ever been. [MF]