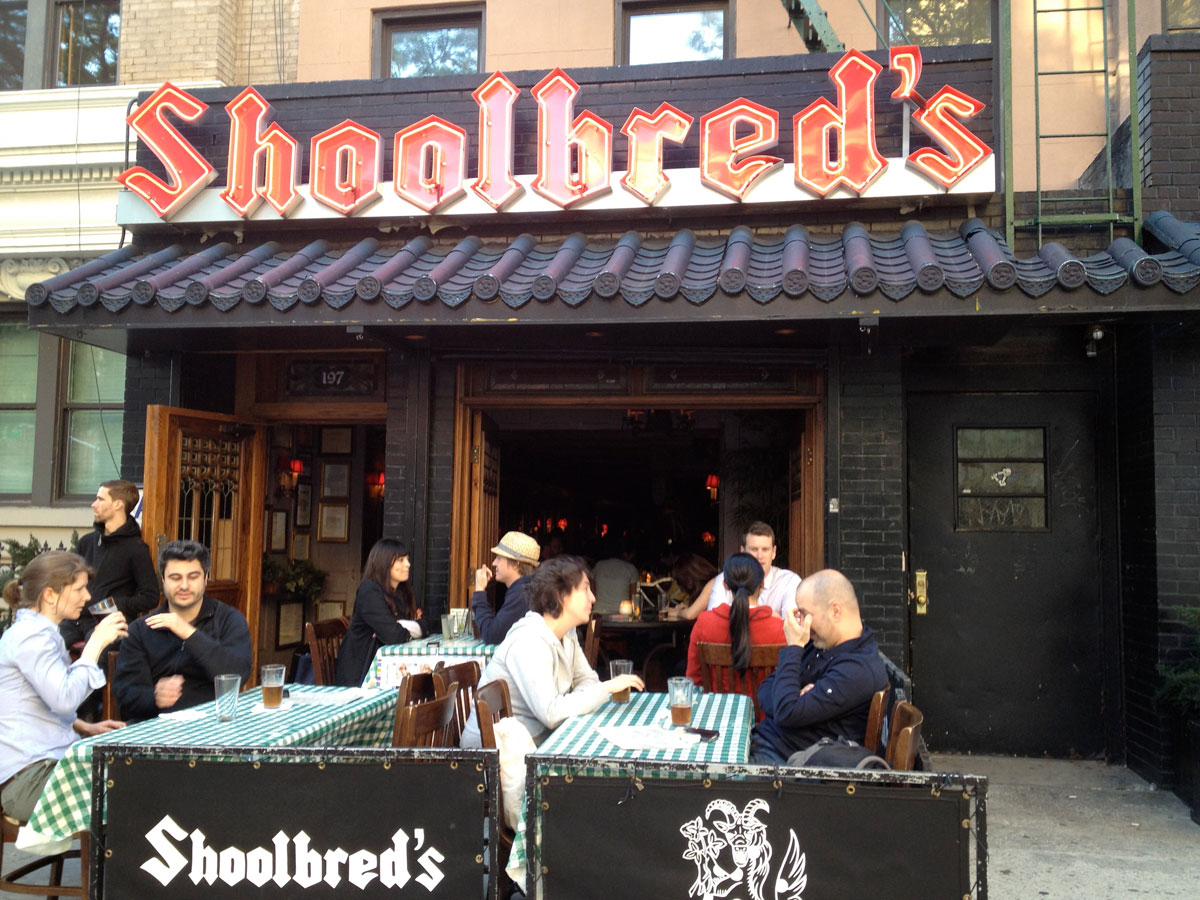 I kept thinking this joint was called “Schoolbreds.” Which made me think of those Little School Boy cookies. Or those shortbread things, um, Lorna Doones. Though this place really has nothing to do with cookies and anything snack-like. But — and this feels like some sort of conspiratorial mindfuck — shortbread comes from… wait for it… Scotland! Yes, that land where dudes wear wool skirts with no underpants. And this bar is nothing if it ain’t Scottish — almost to a theme bar extent. But less like Braveheart and more like a fancy facial-haired 19th century men’s club laden with heavy wallpaper, lead crystal and crimson sconces, tons of wood paneling and crackling fireplaces. And some comfy leather chairs. Though with its subterranean space, beaded curtains and lack of natural sunlight it does border on bordello chic. Like you’ll walk down one of the narrow hallways and a rouged up harpie in one of those lacey bodices will emerge from a recessed doorway and offer you a roll in the hay for a farthing or two. Granted, the day we were there, this whole dark richness was of no use, as it was warm and delightful and we chose to sit up on street level outside to watch the passersby on Second Ave. rather than drink away our afternoon in the inky, manly interior. Because of its rather subdued and cozy-ish atmosphere this isn’t the bar you want to invite a bunch of buddies to to have a raucous night out on the town, but is better for one of of those cold-weather one-on-one nights where you and a buddy (or a special lady friend) want to get all deep and connect over a soul-warming cocktail in the confines of a pub that feels vaguely like an upscale version of The Haunted Mansion at Disneyland. [MF]