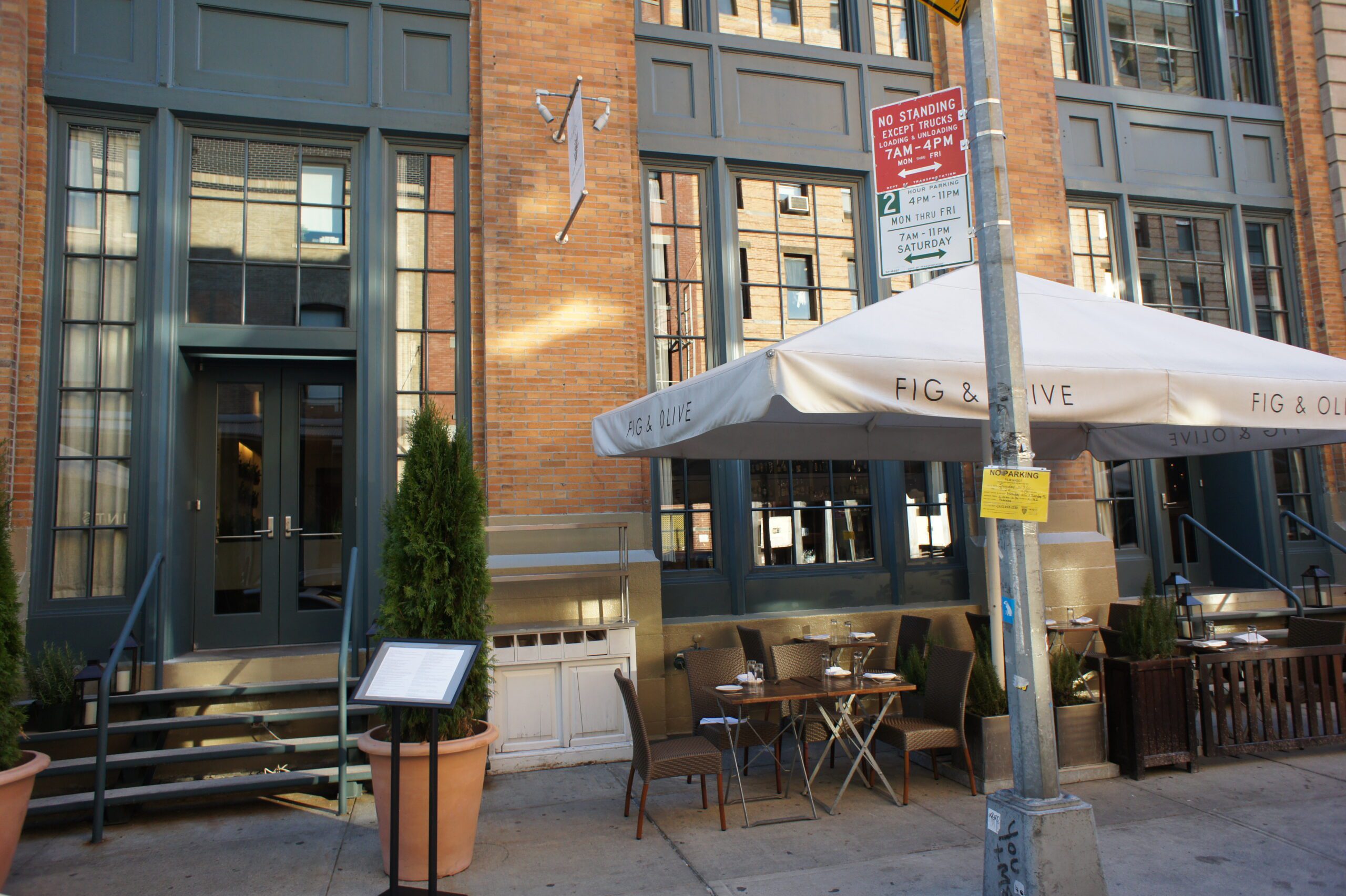 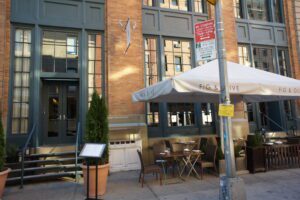 There is always something not New York feeling about high ceilinged, large, bright spaces with clean lines and light wood and glass. New York joints should be antiqued and moody and have ceilings that are either low or lined with chipped tin. But this Fig & Olive in the heart of the Meatpacking District defies the norm and goes for that bright and airy feel that one might find in the Crate & Barrel flagship. In fact the whole space has the feeling of some sort of showroom in its uniformness, replete with blonde wood floors, marble and nice earth tone accents throughout. At first the sheer size of the restaurant was off-putting in a corporate palace kind of way. It just didn’t give the impression of a place that would serve food that wasn’t mass-produced for dudes in suits and/or visiting Euros looking to improve upon their room service dinner from the night before. Not to mention there wasn’t another soul in the entire place when we showed up. To be fair it was 7:30PM on a Wednesday night, but one would still expect some inhabitants in the massive mothership of a space. Full disclosure: I hate olives. I do like olive oil, but the fruit in its solid form makes me want to barf. Luckily I don’t hate figs, so I knew that at least half the menu (yes, I know that’s not how things work) would at least be palatable to me. I started with a fig Gorgonzola tartlet, which basically included melted Gorgonzola, prosciutto, fig, walnut, arugula and tomato on a puff pastry. While it wasn’t as absolutely awesome as it reads, it was a promising start. I then tried to order seafood paella for my main, but the waitress in so many words told me it sucked. Now I know generally the staff is there to recommend stuff, but to come right out and tell me one of the items they offer night after night on the menu sucks? That did not bode well. So, with a shake of the head, I moved on to the trio de la mer. That one consisted of three different seafood items: a Mediterranean branzino, glazed with fig and aged balsamic vinegar, a snow pea and fig seared sea scallop, and an artichoke truffle tapenade, mushroom and truffle oil seared salmon with grilled summer vegetables. Again, the description was way better than the actual food. In this case even more lackluster than the tartlet. It wasn’t bad per se, but just not cooked well and missing that pop of flavor you’d hope from something with figs and whatnot in it. It all just kind of got muddled and was overly dry. I can’t even imagine what that meant for the paella. For desert I got the chocolate pot de creme, which included crunchy praline financiers and vanilla cream. (Why there were little nutty moneymen in my pot, I’ll never know!) That was pretty much exactly what you’d expect. Overall, the joint impresses on the visual front, and would make a nice lunchtime restaurant at which to meet clients or a potential employee or something, though I don’t think there are that many of those kinds of businesses in the neighborhood and enough people to care. [MF]