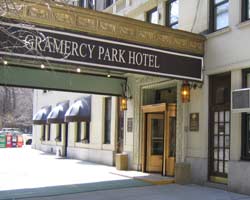 Apparently this used to be the place to hang out late night for rock stars and drug addicts (one and the same). That was back before the hotel woke up and figured out it was hip and decided to ruin it for truly hip people who felt like they were slumming it by coming to this uniquely unhip dump. Now the place is filled with oddly baroque furniture, luxurious wood and candlelight. Well, screw the rock stars, it’s time for us normal folk to have a place to hang out. And hang out we did. And drank. And drank. And drank. Did I mention we drank a lot? Well, we did, and it was nice. And it was oddly empty, but friendly, warm and still pretty cool. An older gentleman down the bar who must have been someone famous (of the literary type) rambled on about Alaska or pipe tobacco or puppies or something, but sounded awfully literary and famous in doing so. A semi-attractive middle aged woman in a fancy outfit slowly stirred her drink with her finger and tried not to look like the prostitute she most likely was. Actually, in a classy joint like this, they’d probably refer to her as an “escort.” The bartender was extremely jovial and seemed to recognize almost everyone but us as regulars (especially the “escort”) and made us feel at home as we munched on the bar pretzels and guzzled Grey Goose. He claimed that the bar got very crowded Thursday through Sunday, so we’d suggest coming around on a weekday evening when you can grab a stool at the bar and enjoy the old school flavor of this very inviting hotel bar. [MF]