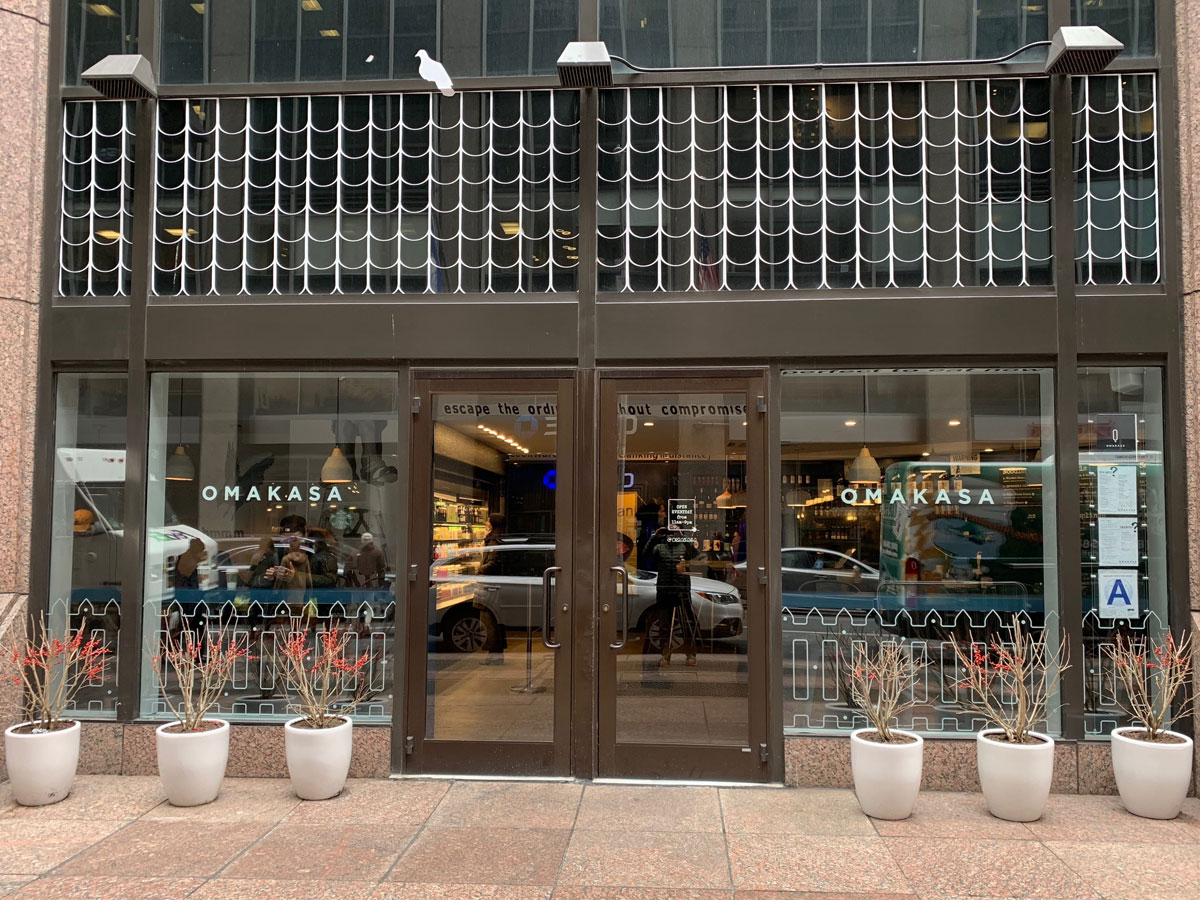 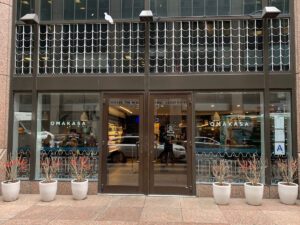 There’s nothing like taking a real word and bastardizing it to name your business. In this case I have to assume that Omakasa is someone somewhere grabbing the well-known Japanese term “omakase” and changing a letter for maximum accidental Googling power. Or major confusion. After all, “omakase” is that item at sushi joints that essentially means that you’ll leave it up to the chef what to bring you. Omakasa, on the other hand, has a very traditional, very small menu that provides you with exactly what your order. Or do they?

I ordered a miso salmon bowl that was supposed to come with some items in it and on it, including cashews. There were no cashews. Far be it from me to complain about something so trivial, but when the thing costs $15, is it really so hard to throw some fucking nuts on there? The entire presentation was pretty listless, truth be told. I understand Asian minimalism, but if I could go down the street to a similar joint like Dig Inn and get something similar, but way more hearty and considered, for five bucks cheaper, why would I come to this place?

I only ended up trying Omakasa because of a Ritual promo and some credits, so all my complaining about it was somewhat dampened by the fact that I literally paid $0 for my food. That doesn’t change the fact that this Pret-meets-Ikea-looking place has the balls to charge fifteen clams for lackluster meals. I mean, the salmon was fine. I wasn’t offended by what I was served, other than the fact that for that kind of cash I needed it to be fluffed a little bit. You know, zhuzh it up a little bit. A tiny piece of fish sitting there on top of a tablespoon of brown rice with a sad little salad isn’t what people are there for. And, for Christ’s sake, remember the nuts!