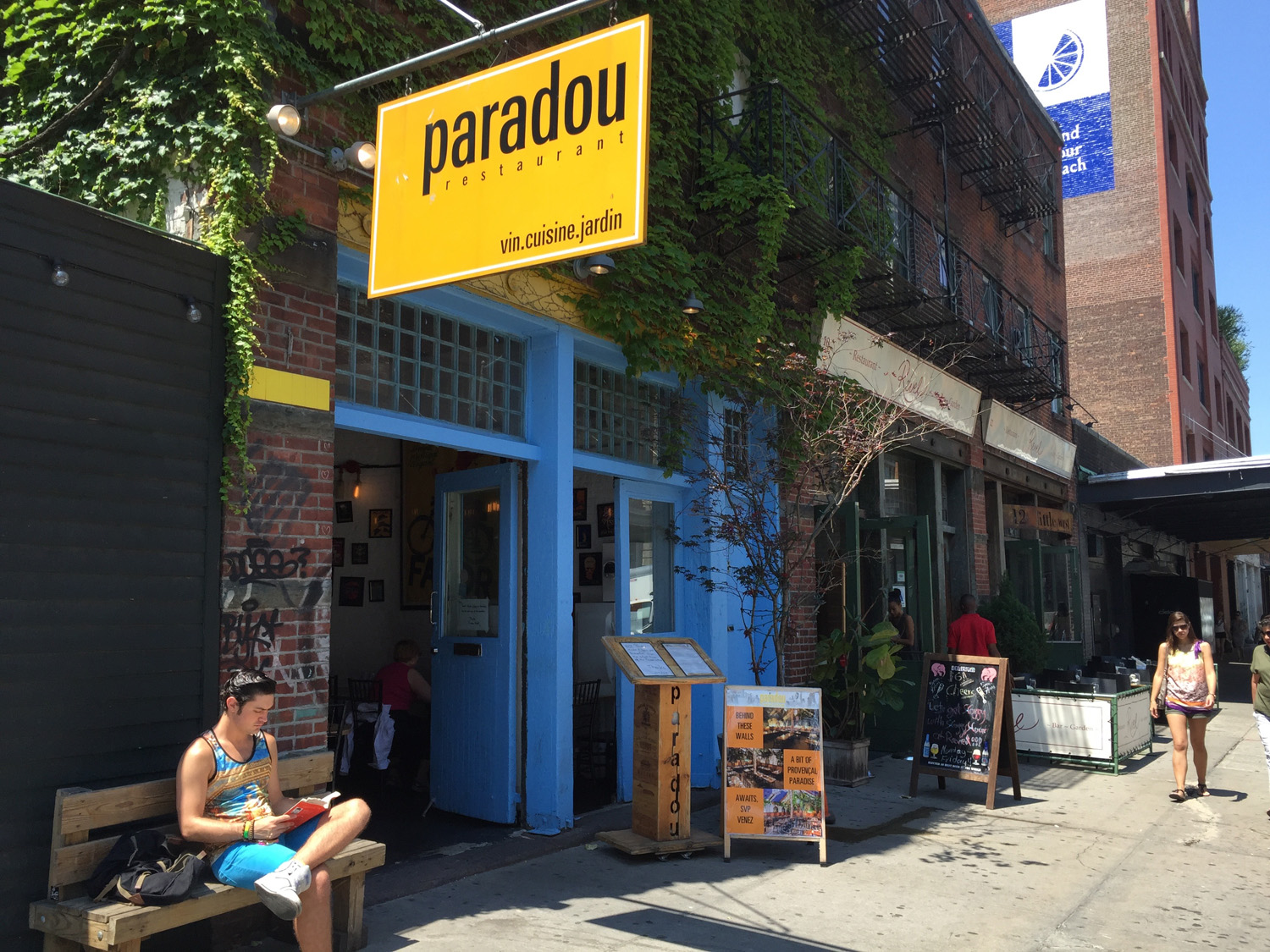 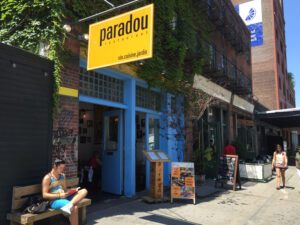 I don’t speak French. Like at all. I can say hello and goodbye and thank you. Sort of. Otherwise it’s a giant mush of vowels to me. I would be in big trouble if I were to go to Paris alone. They would hate me for not even trying. But I probably wouldn’t try. A croissant is a croissant. Pommes frites is a thing. And coffee in any language usually sounds something like coffee. So I should be all set. Luckily there is absolutely no need to speak French at Paradou, only to come wanting to drink an unlimited number of champagne-based drinks and sit amongst nine-million twenty-something-year-old girls who have ingested several of said beverages and have upped the gab volume to eleven in order to be heard over the other gabbing girls. And while at some point in my life this would have sounded like an absolute dream, it’s honestly kind of a nightmare — at least until you’ve choked down enough alcohol to make the whole thing tolerable.

Like the pre-Guiliani days of the bottomless-drink special, the day is often less about the food and more about the drinks that come with it. You think we ever went to Caliente in the 90s for the dried-out brunch burgers or shitty chicken sandwiches? No, it was the copious amount of tequila one could imbibe in the two hours they allowed you to sit in one of their plastic chairs along 7th Avenue. This joint is way more pleasant than that, of course, as they really do, in their cutesy Frenchiness, cater to young ladies who lunch. Or, in this case, brunch and drink. The restaurant up front is a tiny box of a place, mostly just a minuscule bar with a holding pen for the crowds waiting to be called out to the back garden where the booze starts to flow. Oh, and the one bathroom that has to service those crowds who are all drinking way too much liquid. That line is a good place to chat with other drunks, of course, but can lead to a lot of leg crossing and awkward moans of relief from the interior after having to wait for ages to get in there.

About those drinks. They’re terrible. Like undrinkable. Sweet concoctions of champagne mixed with fruit juice. Granted I dislike most fruit juices, and bad champagne is one of the worst things on earth. So you can imagine how that went. I ended up distracting my tastebuds with a decent-ish burger and friendly banter with the young ladies who were squeezed in with our group of five dudes in order to choke down some mimosas and something called a Kir Royal, which made me almost vomit. In fact, I believe I actually changed over to beer at some point, abandoning the free booze all together. It was worth it, as we ended up sitting there for just about forever. I feel like, despite being a good century-and-half older than the millennial cadre of ladies and their gay man friends, that we were not frowned upon or looked at like the dirty old men we kind of felt like. While I was originally horrified at my situation, and at times wondered why anyone would drink the concoctions that were being served, it ended up being a lovely day that I didn’t need to travel 8.5 hours on a plane to enjoy.