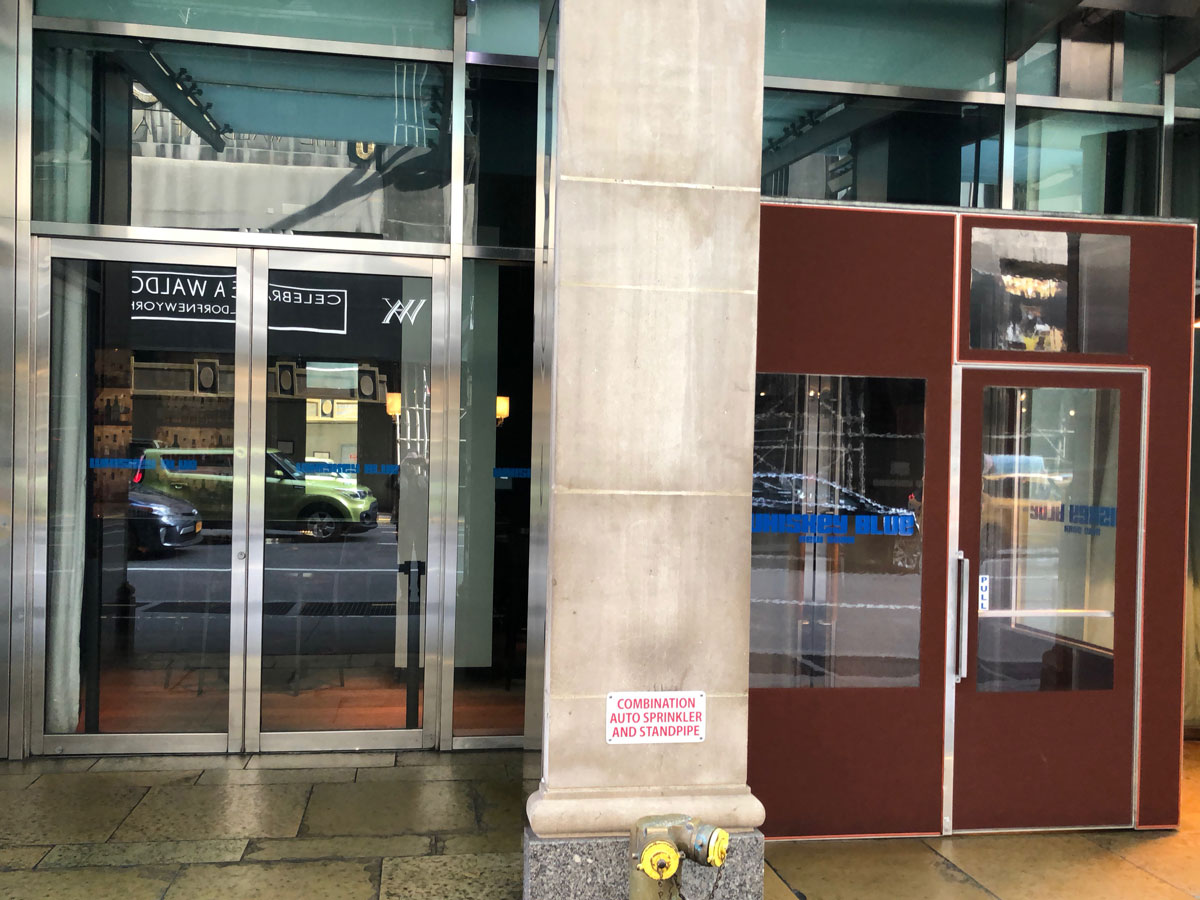 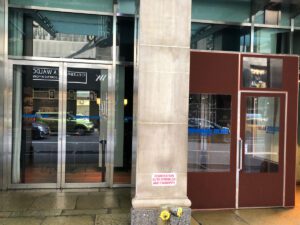 Hello and welcome to the land of the pretentious. So pretentious it comes off as a joke. You have the cliché giant black dude at the door with a headset (god only knows who he thinks he’s talking to), cocktail waitresses with low-cut, black spandex tops and knee boots, and a bunch of fancy blue drinks in martini glasses. We’re pretty sure that nobody has actually ordered whiskey at this joint (it’s not exactly a hard drinking, ruffian crowd) and you may actually get tossed out on your head if you order a domestic beer. The bar is packed with a bunch of guys who look uncomfortable in their own skins and groups of women who look pissed that the drink servers are better looking than they are. The bar is actually attached to the W New York hotel. Are people that uninventive that they have to name things with letters now? The owner, Randy Gerber, is so unoriginal that he named his other two bars Whiskey Park and Whiskey Bar. Go if you own a suit and don’t mind feeling like one of those head-bobbing guys from Saturday Night Live. [MF]