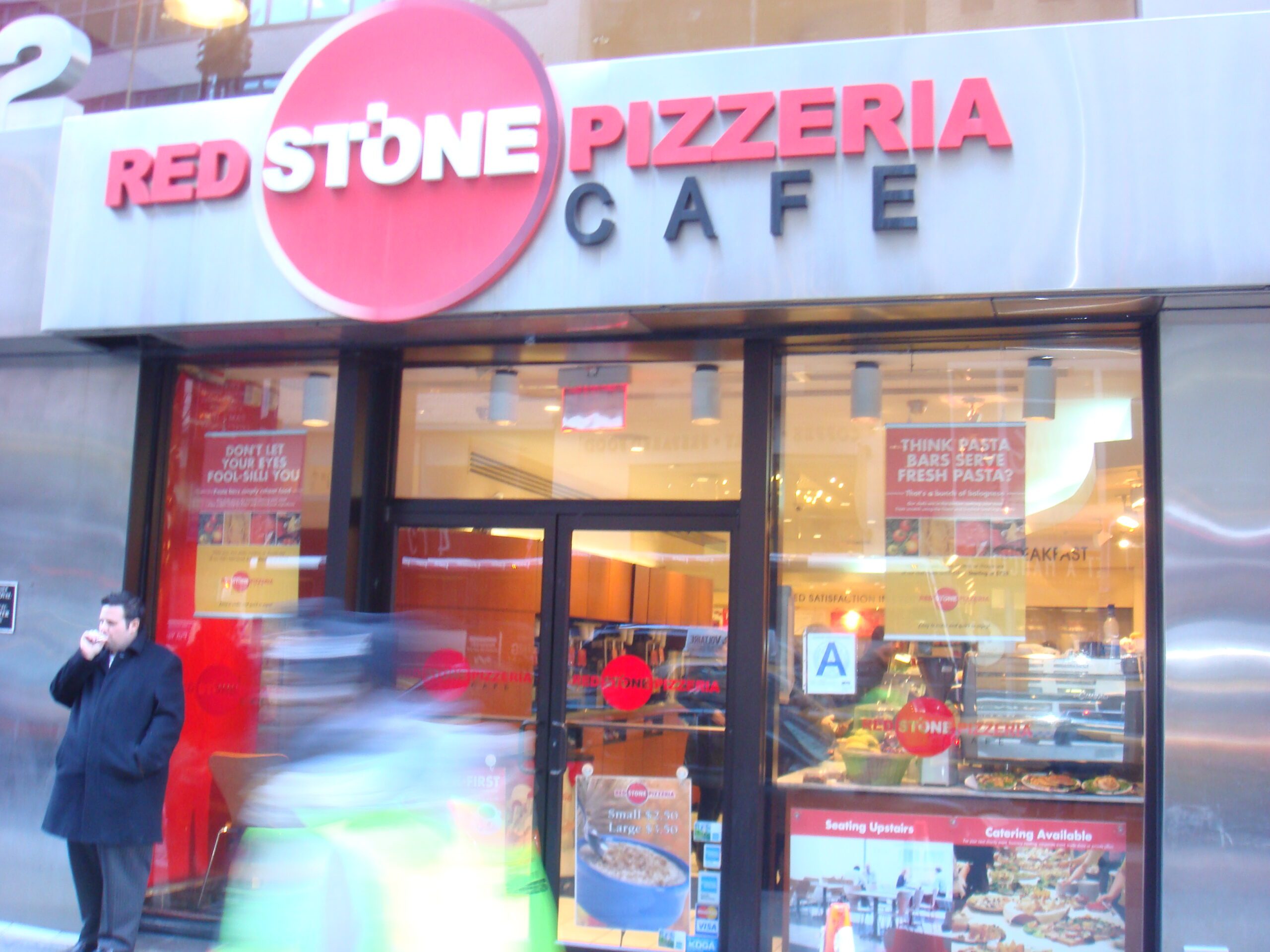 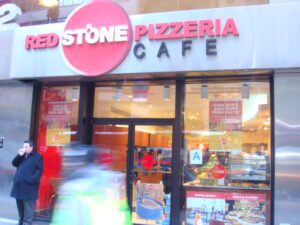 I can’t even tell you how many chicken rolls I’ve had over the course of my lifetime, but suffice it to say it’s a shit-ton. Though never in my long history with the roll have I experienced one so corpulent, so full of matter as the one at Red Stone. The thing was like the size of a Nerf football and as heavy as a shot put and had more cheese than an entire fleet of pizzas. After pulling out two pounds of the gooey stuff, I was left with something relatively tasty, but still overwhelmingly monstrous. Now I’m not gonna complain about getting more food for my money, but at some point one crosses over into absurdity. The restaurant itself has a nice, clean, modern design and approach going on in the world of mostly pizza, but also soups and sandwiches like many who deal in midtown lunch. It certainly beats the atmosphere of the greasy windowed, green plywood boothed, neon signed pizza joints around the city. They’re like the Target of pizza places. It’s the same shit you’d find at any other place, but they put it in a nice package and sell it. My only complaint, aside from the stomach pains, was that the little sauce containers are a little too small, especially for that behemoth roll, and not at all convenient for dipping. [MF]