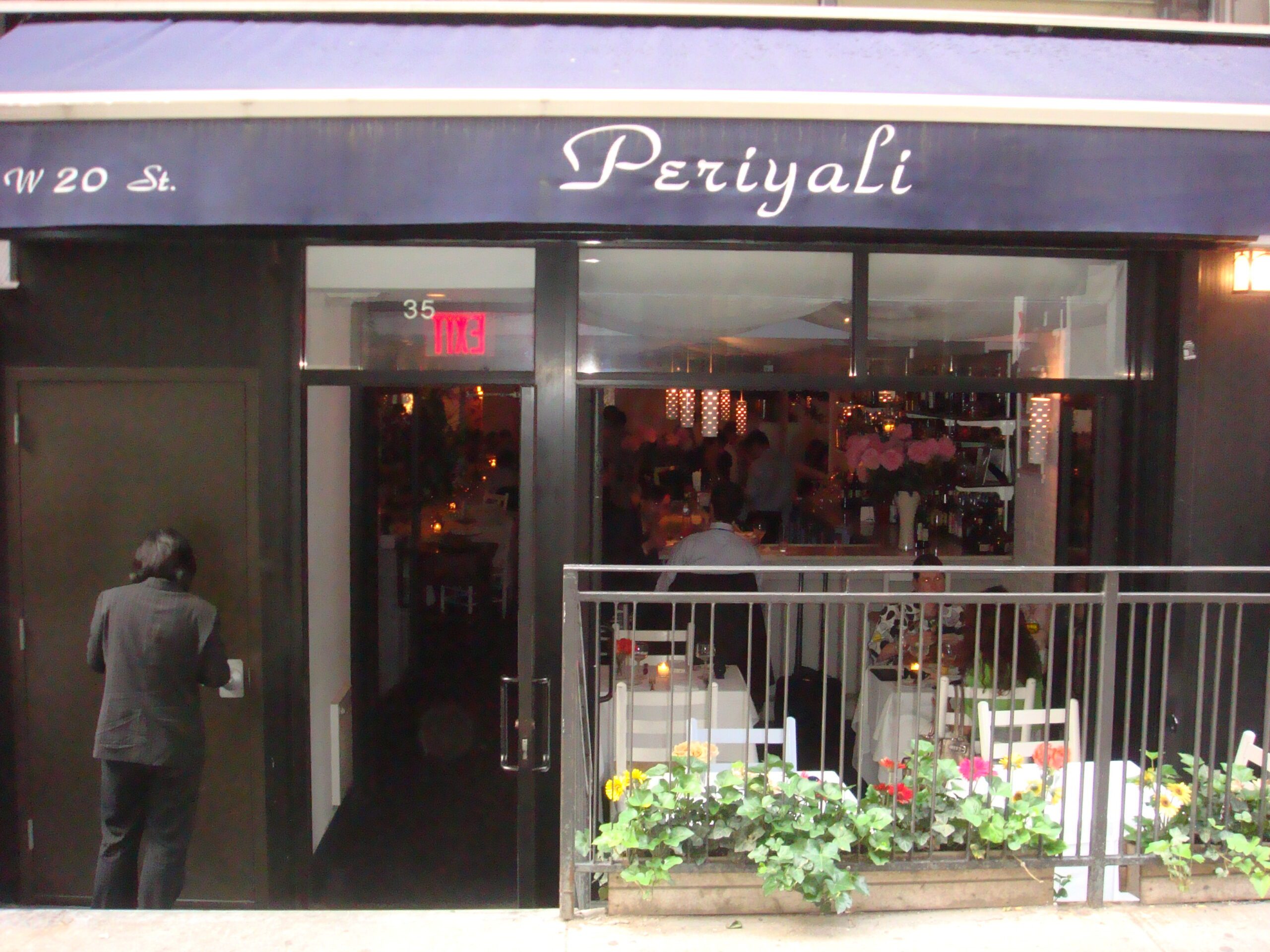 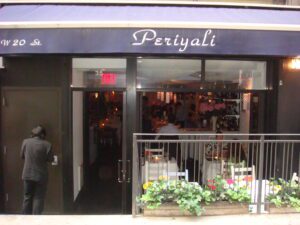 This neighborhood is amongst the most non-descript in the city. It’s as if gentrification tried to make its mark, got bored and gave up. I can say that because I used to work around here. It sucked back in 1999, and it sucks now. It just reeks of dudes in Daffy’s suits and too much knock-off cologne. That’s not to say Periyali suffers from the same lack of personality. Oh, wait, it kind of does. The thing suffers by association–and the fact it’s almost subterranean. Why oh why do restaurants insist on opening in spaces that should only be used as ground floor, superintendant apartments? Now that I’ve disparaged the area and the space, let me get to the food. Things started off very well, as Mrs. Hipster and I shared the spanakopita, tiropita kai kolokithokeftedes (don’t make me pronounce that), which amounts to spinach pie, cheese pie and zucchini fritter. Shit, pretty much anything wrapped in pilo dough tastes good (burnt tire, ant hill, human ear), and these were no exception. I additionally ordered the charcoal grilled and red wine marinated octopus appetizer, which was cooked beautifully, and tasted awesome. I couldn’t get the Mrs. to eat the tentacles, but whatever it was that she ordered was good as well. Going with my philo dough theory, I ordered the solomos exohiko (filet of salmon baked in philo with spinach). That was less good. Granted, it wasn’t bad, but was on the bland side, and lacked pinache. I guess I got overhyped on the appetizers. The first glass of California wine I ordered was some of the most horrendous stuff I’ve ever had (losing only to my other greek experience at S’Agapo Taverna), and the second, Greek, wine was only a little bit more palatable. That’s what I get for ordering by the glass at a Greek joint, I guess. Anyhow, the atmosphere left much to be desired, as the clientele were about two steps from dead, or wearing laminates from lame conferences they were attending. Again, that’s pretty much what this non-neighborhood attracts. Overall, I’d recommend the apps, which were absolutely delicious, but would recommend skipping the dinner and maybe using the wine to clean your glasses or douse an enemy in its corrosive juices and light him on fire. [MF]