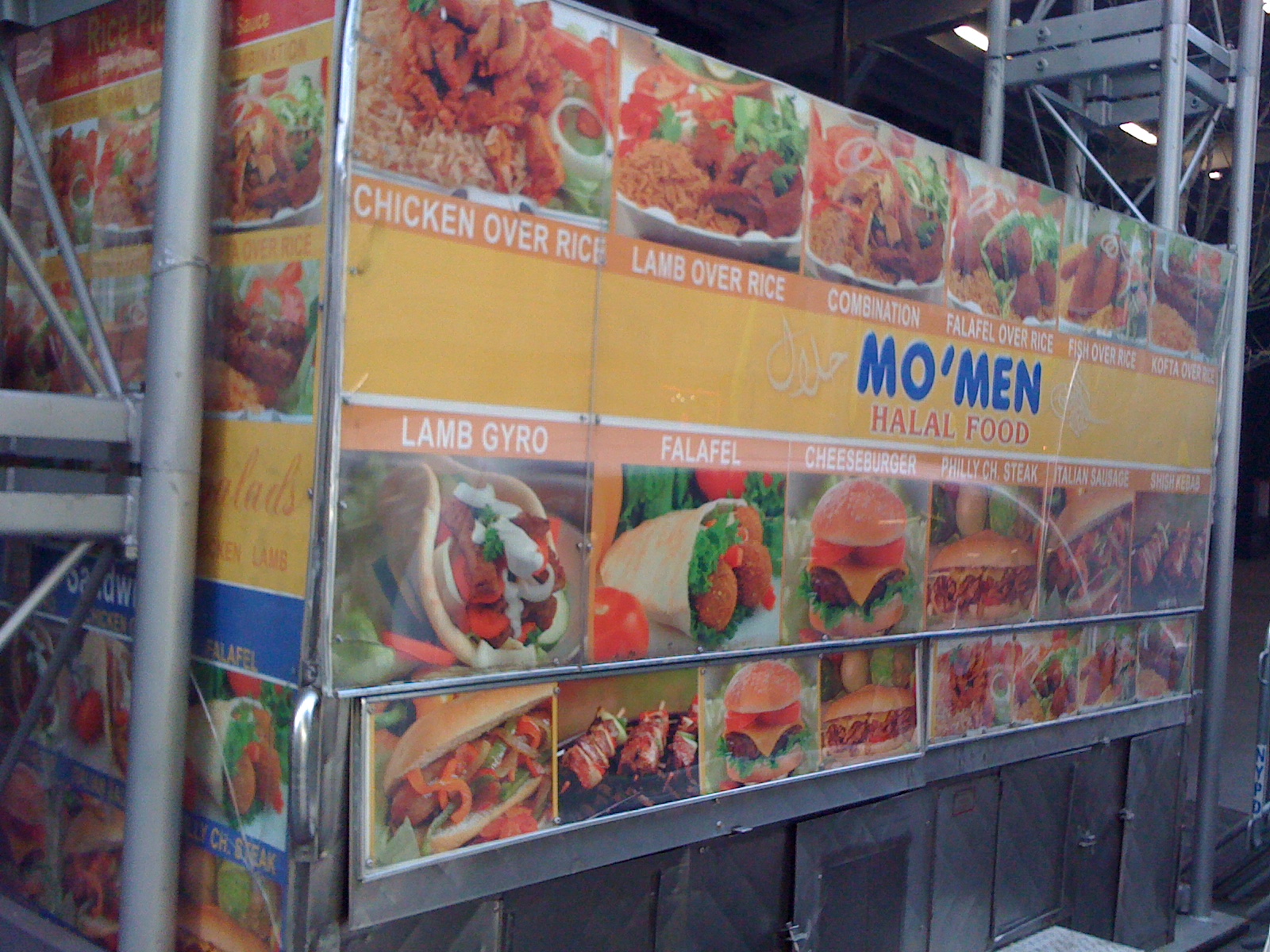 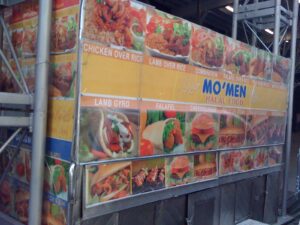 This poor cart always seems to be surrounded by Manhattan turmoil. My last visit (pictured left) finds our meat truck covered in scaffolding, wedged between a couple trusses. The cooks looked a little bored and the food was in a state of suspended animation, sitting in a dormant pile. Unfortunately I didn’t really spy it until after I ordered, and I honestly probably would have walked away had I spotted it. Unlike most other carts, the chicken isn’t chicken breast, but rather shredded chicken almost like Mexican food. That might be fine for your local taqueria, but when you take this stuff and add a preponderance of white sauce, you end with a bit of a mushy mess. And as I ate through it, I lived in constant fear of bones shredding my esophagus. Plus, the “spicy” rice is not in any way spicy. Sure it has spices in it, but there’s no bite at all. There’s also a weird amount of broccoli floating around in the rice. I like broc but it seems like a weird place for it. There are also some stray bell peppers in the meat itself, which don’t belong anywhere near something that is going to be consumed by human beings. I don’t know what Mo’Men means, but they’ll certainly be seeing less of me in the future. [MF]