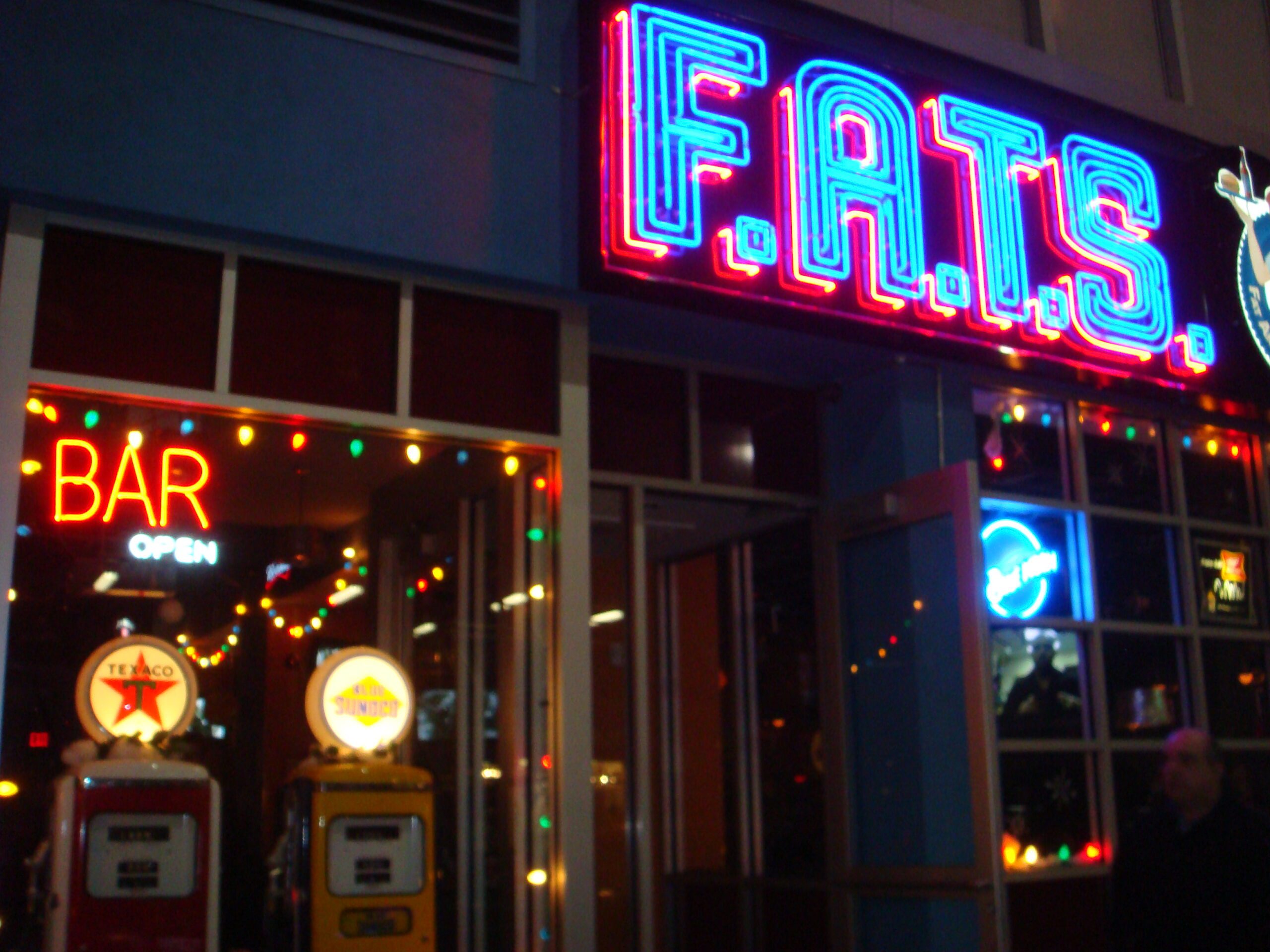 Originally planning to go next door to Stout prior to seeing The Police pull out their walkers and breathing tubes at MSG, we ended up staggering into Fat Annie’s after being summarily turned away at the clusterfuck one door down. Fat Annie’s was remarkably uncrowded considering its neighbor’s bustling craziness. Perhaps the older folks attending a band’s concert whose best days were twenty years ago were scared off by the kitschy truck stop theme, high ceilings, dim lighting and grease and beer smell. The place does have a certain weird, open warehouse feel to it, which gives it a kind of cold, oddball disorienting atmosphere. We had a short wait of about ten minutes to get a table, so we sat at the long bar being assaulted by tens of flatscreens all blasting old concert footage of The Police from the eighties. We watched as two awkward dudes flirted with the attractive bartender, and settled in with a couple domestic brews. Much like other joints around MSG, this felt less like a destination than a way station on a journey to somewhere more grand. We were finally signaled to take our table, and in a completely professional manner, knowing that we had somewhere to be, the waitress took our order and delivered our food so quickly that I had to think the burgers and fries were just sitting there waiting to be delivered. And, wouldn’t you know it, the thing was damn tasty. It really was a decent burger, much to my and Ms. Hipster’s surprise. I’m kinda glad we skipped the Frito pie, though, and went traditional. All in all, it wasn’t a wholly unpleasant experience, and I could see this being a decent place to come and drink beer and watch sports after work sometime. Although it is hard in a place like this not to feel like a Disneyfied tourist. It just makes you feel silly no matter how much of badass you are. [MF]