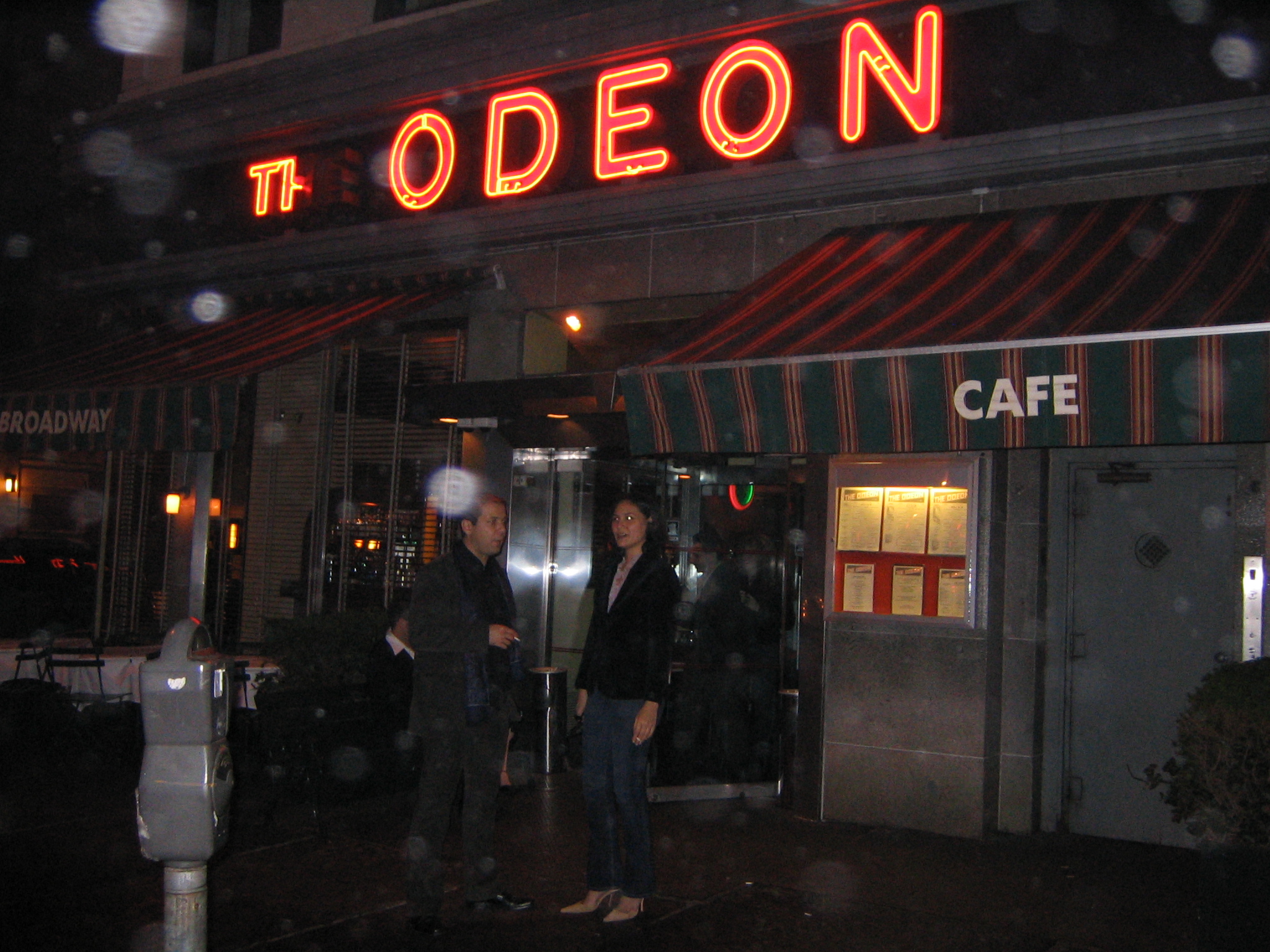 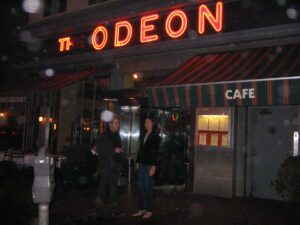 Rumor has it this place was way hip back in the day. I have some recollection of an old boss of mine using a bunch of shots of the place in a montage of downtown he used for an industrial film for Calvin Klein or Donna Karan or something. It had The Doobie Brothers’ “Long Train Runnin'” playing in the background and made me think “Now there is a joint filled with beautiful people that I could never get into!” That was 1996. This is 2005 or 2006 or whenever (depending on when you’re reading this), and apparently I was either mistaken way back then, or they have drastically changed their door policy. I’ve been kicked out of East Village dives before (true story), so the fact they let my raggedy ass in here is true testament to the degeneration of downtown Manhattan’s cachet. The sad state of the restaurant/bar’s neon sign and awnings is further proof of the area’s decline. Whatever the case, The Odeon is designed in that simple Brasserie fashion that is so popular these days with the white tile and the slate bar and the red vinyl banquettes. Well, not necessarily popular, but certainly prevalent. Considering this place has been around for a long time, I would have to imagine it was the place that spawned all the imitators. For that I must prostrate myself. I must also pay respect to the more than a few older men and their very hot, young female companions. Seems these dudes came here in the 80s when they too were in their twenties, and just never left. Maybe they were just hanging out with their nieces. Maybe that thing on the guy’s head at the first booth was actually once made of real human hair. Speculation aside, we enjoyed our short time sitting at the small bar drinking our overpriced beers. This is obviously more of a restaurant than a bar–the bar actually kind of faces the wall–but it was worth stopping in to see how the formerly beautiful people live. [MF]