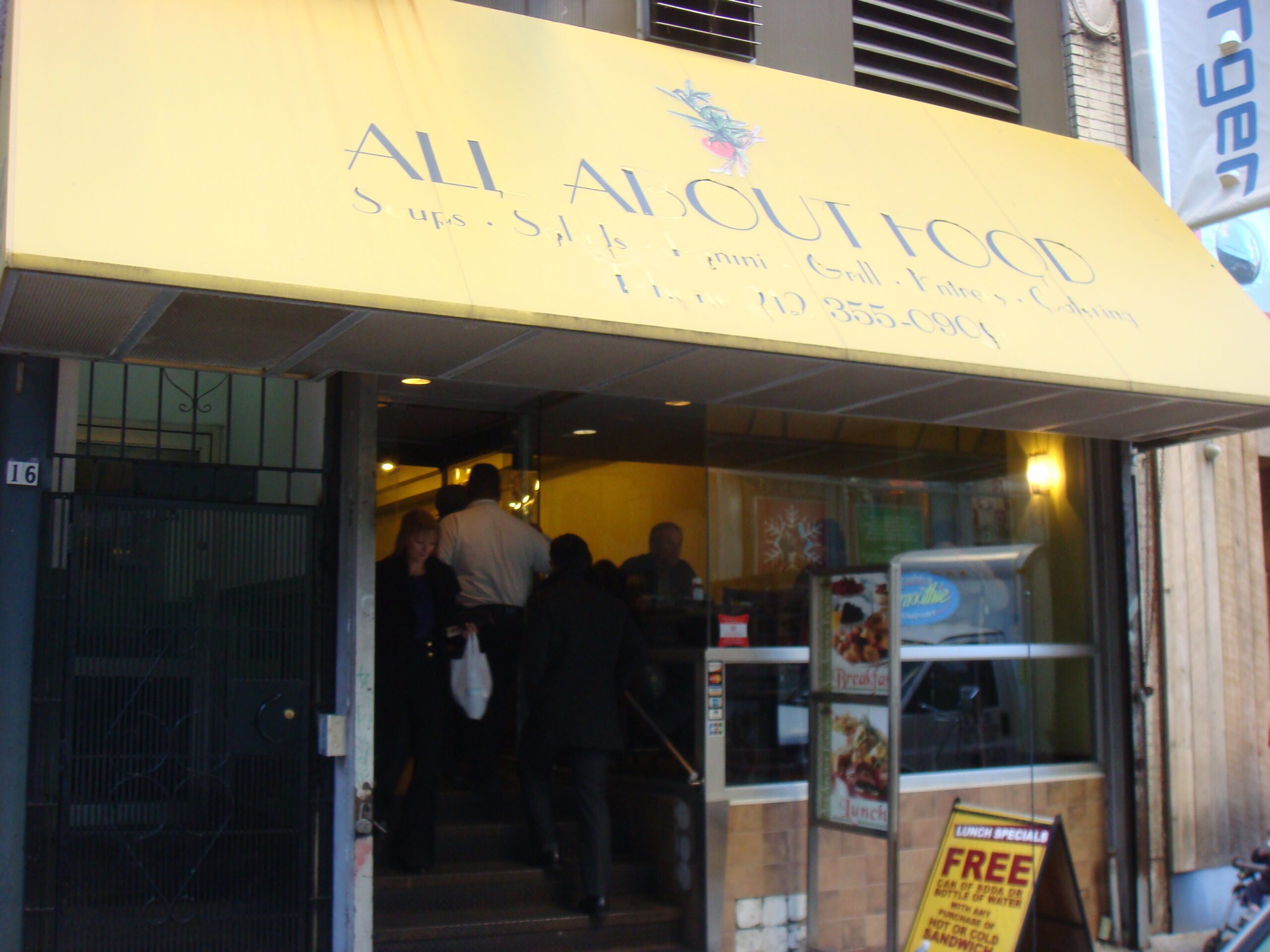 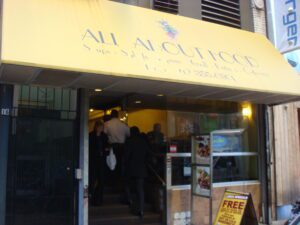 I think I’ve had the Italiano panini at like seven different places. It’s clear that the paninis in all these joints are either made by the same company, or one place copied another that copied another, etc. My guess is that the supplier of the panini press has some sort of partnership with the panini company and by purchasing (or leasing) the press, you in essence sign on the panini program. Why else would every place have a sandwich called “The Delightful?” The difference here is that instead of my pesto chicken in pita costing $6.50, or even $7.25, it was like nine bucks. Was I paying for the pleasure of eating in a relatively unclean-looking place that was clearly architected by the funhouse dude from the Meadowlands Fair? Or was it because it’s located in a somewhat touristy location near-ish a museum? Whatever the case, the Italiano was tasty (as it always is), but why eat it here when I can two blocks in either direction and pay two bucks less for the same old shit? [MF]