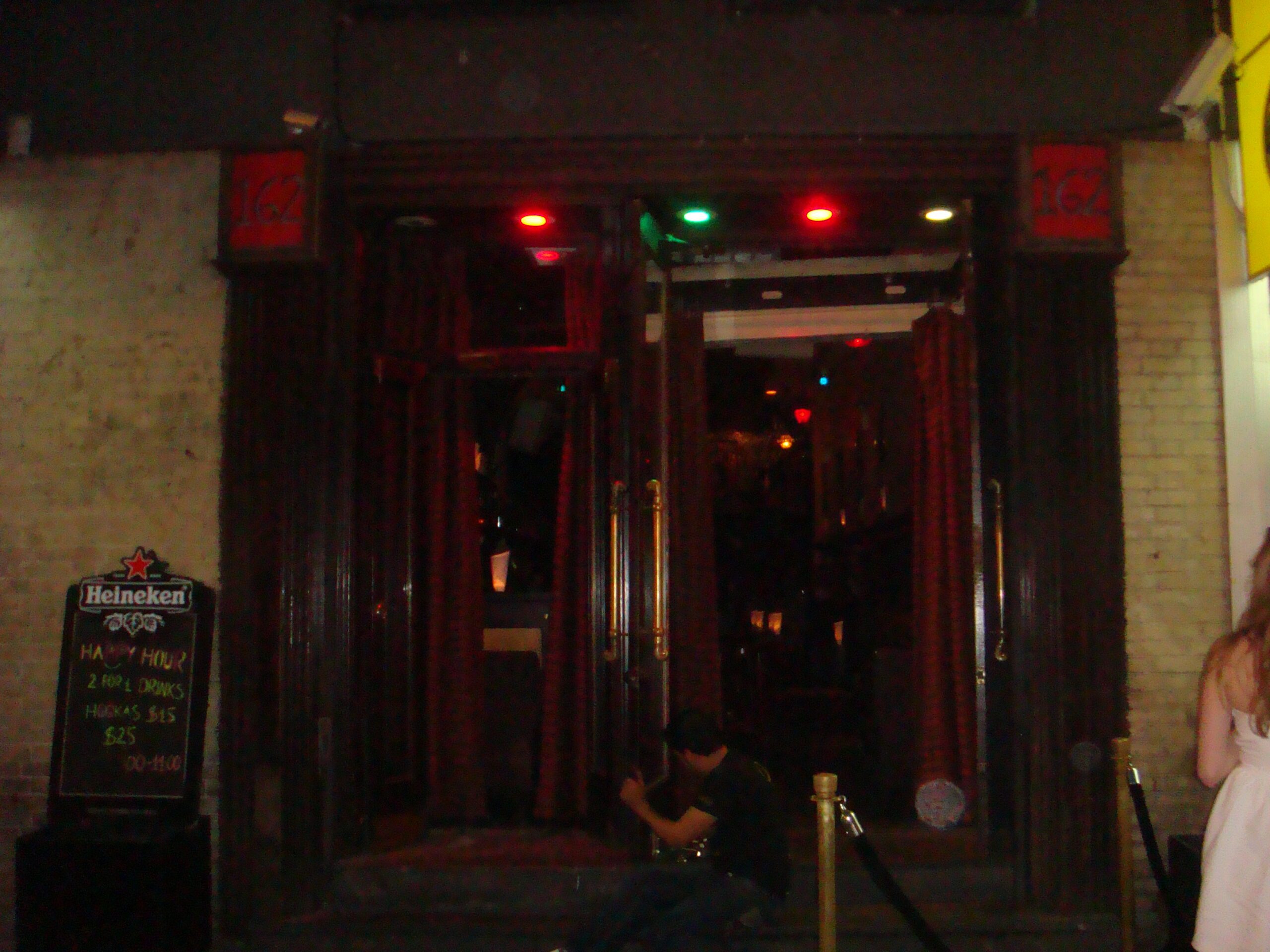 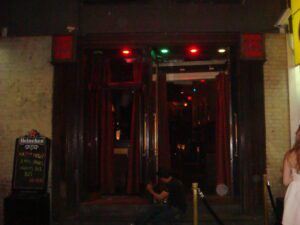 This place was a total drop-in. Meaning that I was walking around with a small group of guys, had slightly dried out since our last drink and decided the joint looked interesting enough to drop-in for one drink. Entering the thin space with the high, curved ceiling and low lighting seemed pleasant enough, though it reeked of Euro thump-thump crap or ambient acid jazz and world music. I couldn’t quite decide. It turned out to be a hookah bar (so, Middle Eastern techno?), though no smoking apparatuses were in evidence that evening. And it was in fact late afternoon or early evening, so the lonely bartender sat there playing some bored bartender game on her phone and a pile of swizzle sticks. Enter the annoying posse. I ordered a Stella Artois and settled in for a temporary stay before moving on to our next, more interesting location. But it turned out said bartender — who tended bar in name only — was clearly so bored that she decided to open up to us about her young life and even more robust sexual habits. Huzzah, we have the perfect catnip for a quintet of aging drunk guys. Needless to say, one beer turned into two, which finally exhausted at three when her stories in fact exhausted all the positions of the Kama Sutra, all orifices and every back issue of Redbook, Cosmo and Penthouse letters. Spent, and reasonably sure we’d been conned into tipping too well on two more rounds than we had originally planned on, we exited into the swirl that Bleecker street always is secure in the fact Falucka would disappear like the mirage it was, never to be visited again. [MF]